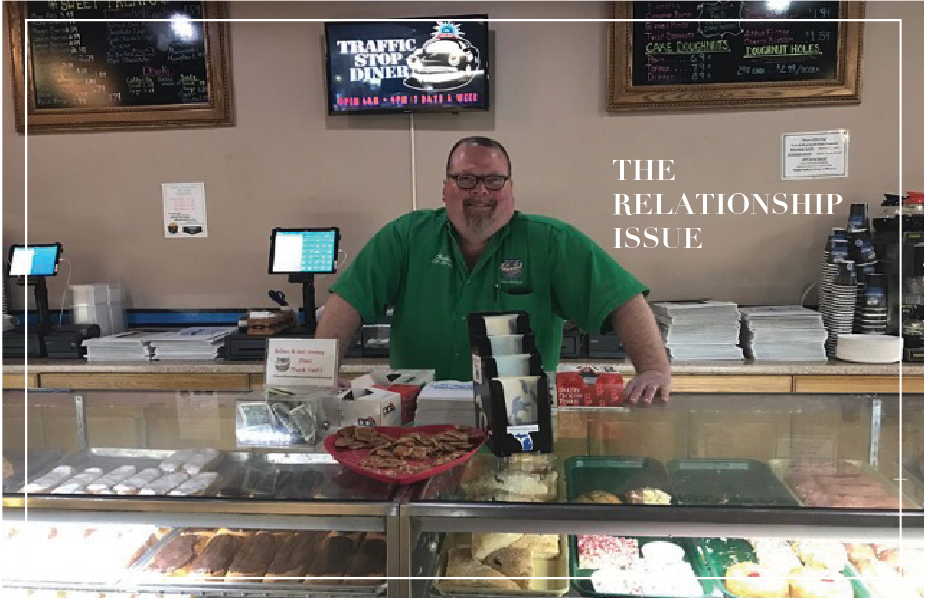 Cops and Doughnuts is known throughout the Mitten and across the nation as a success story. Although many have heard the triumphant tale, few know the role the establishment plays within the community.

Thinking Like an Officer
After stepping in to save a historic bakery from shutting its doors in July 2009, Al “Bubba” White and eight fellow officers of the Clare Police Department have never looked back.

“The first thing they teach you in the police academy is that if you are called to a scene – it could be a traffic accident, it could be assault in progress, it could be some sort of a domestic incident – you immediately have to take control of that situation,” said White, Vice President of Cops and Doughnuts.

This philosophy is something the owners have stuck by since the beginning.

“Cops are used to seeing a problem and immediately taking control of the problem,” White said.

Through open-minds and innovative ideas, Cops and Doughnuts employs nearly 200 people and has expanded to five locations with more opening this year.

A Safe Place for All
Through growth and success, Cops and Doughnuts has remained community-oriented and a safe place for all. The Clare store has become an after-school hangout for kids.

White says it’s common for kids to drop by after school while they wait for their parents to get off work.

“The community sees us not only as the police officers in town, but people who are actively looking for ways to improve the community,” White said.

Recently, Cops and Doughnuts has promoted being a safe meeting place for commerce and dating.

For those ordering from online sites like Craigslist, meeting in a public location is ideal, so why not make it one surrounded by baked goods and cops?

It goes for dating, too. Cops and Doughnuts is a safe environment for people of all ages to meet their dates for the first time.

Bubba’s personal favorite Cops and Doughnuts first date was a man and a woman in their eighties. White eased the woman’s nerves by assuring her he would be nearby the entire time.

The store is one of a kind truly encompasses a sense of community. Grab breakfast at the Traffic Stop Diner or doughnuts and coffee to go.

If you’re looking for a safe first date location or simply to indulge in delicious pastries, Cops and Doughnuts, located just 15 miles north of Mount Pleasant, is the perfect place.