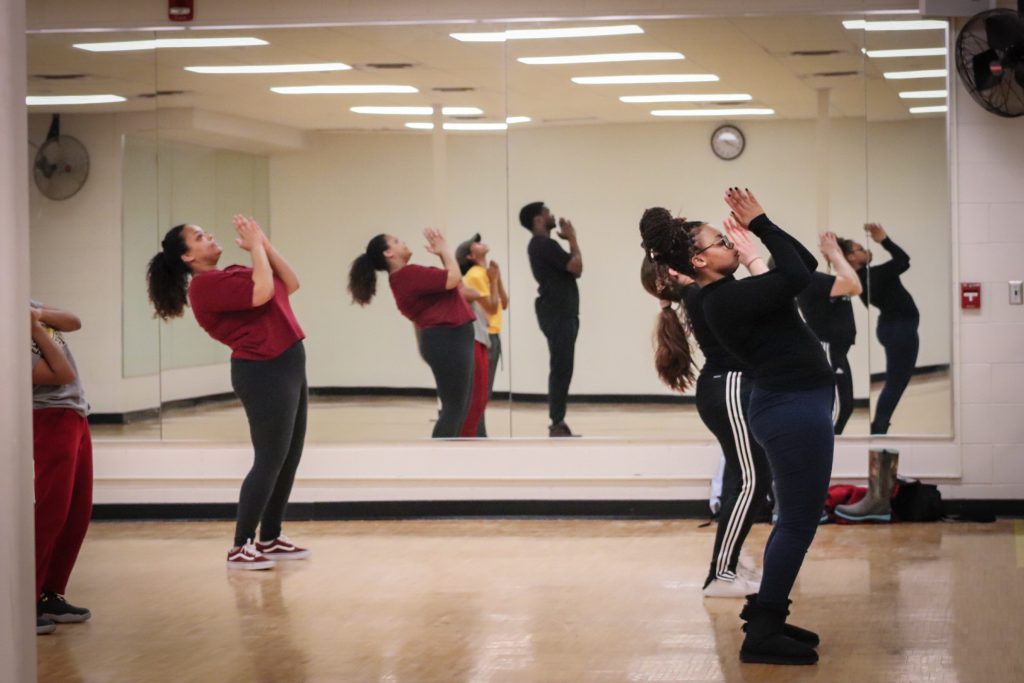 Dancing is a language most people don’t know or don’t think they can speak.

For Central Michigan University junior Alexis Thompson, dance was a language she learned and acclimated to quickly from a very young age.

“I’ve been dancing since I was three years old,” Thompson said. “I wanted to do it because my older sister was a dancer, and I wanted to just be like her. My whole life I’ve done tap, ballet, jazz, hip-hop, pom and contemporary—pretty much every style. Now I just do jazz and pom, sometimes hip-hop, too.”

Dancing both competitively and for fun has led to a lot of growth for Thompson, who credits dancing for helping her develop confidence and humility.

“Growing up I was really shy, but dancing has helped me branch out,” Thompson said. “Doing competitions makes you humble— you learn that you can’t always win, and that’s okay.”

Now, Thompson is the captain of the CMU Dance team, a staple during campus events like Homecoming and basketball games.

“I was honestly looking at colleges specifically for the dance teams,” Thompson said. After a friend of hers joined the CMU dance team, Thompson thought more about her decision. “When I came to campus everything just felt right; it was a great decision,” she said.

Thompson also credits dancing for helping her make friends, creating connections she plans to keep throughout her life.

“Growing up, my friends and I used to say that dance friends were the best kind of friends,” Thompson said. “Even now, if I wasn’t on the dance team, my only friends would be my roommates. I always say the dance team is like my own sorority because I’ve got all my sisters dancing with me.”

Dancing is a great way to build a chosen family, according to CMU sophomore Brianna Hicks-Jones, captain and founder of the Chaos Inc. step team at CMU.

“My favorite part about the step-team are the relationships we’ve built,” Hicks-Jones said. “This team and I, we come from different backgrounds. I don’t think any of us would’ve met if we didn’t have this team.” 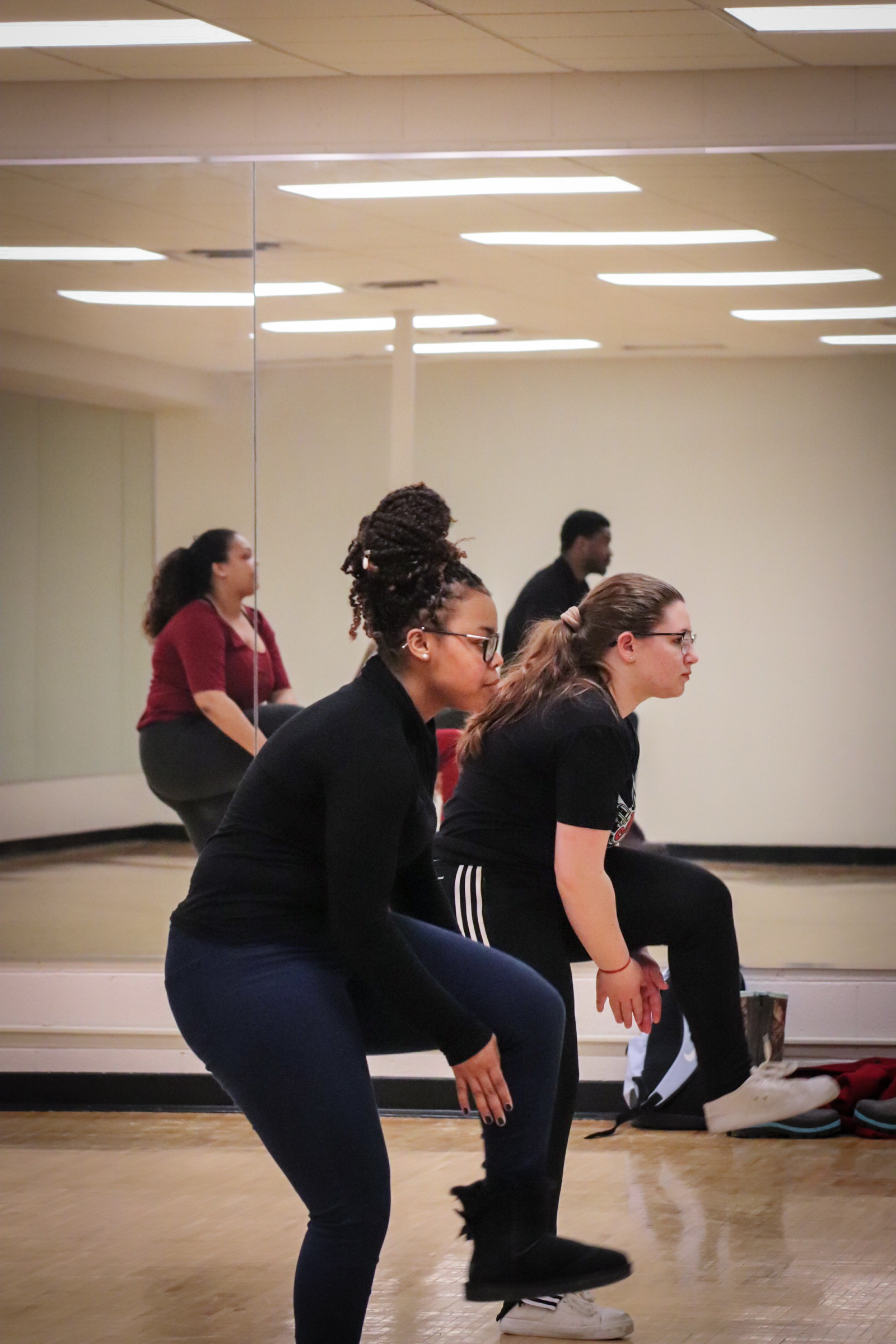 Hick-Jones has been stepping since she was in high school and dancing for even longer.

“I started dancing when I was pretty young,” Hicks-Jones said. “I remember asking my mom to take me to the dance company by my house, and as soon as I was old enough to make my own decisions, it was all I did.”

Taking on a new challenge her freshman year, Hicks-Jones decided to start a step team and explore another side of dancing: choreography.

“When I was younger, people taught me, so it was just something to do and learn,” Hicks-Jones said. “Dance is work, but as much fun now because I’m the choreographer. I put the routines together, and I teach everyone the steps they need to know. It’s definitely new, but just as fun.”

Chaos Inc. took the entire campus by storm with their Rock Rally Homecoming performance in front of hundreds of people in Plachta Auditorium. 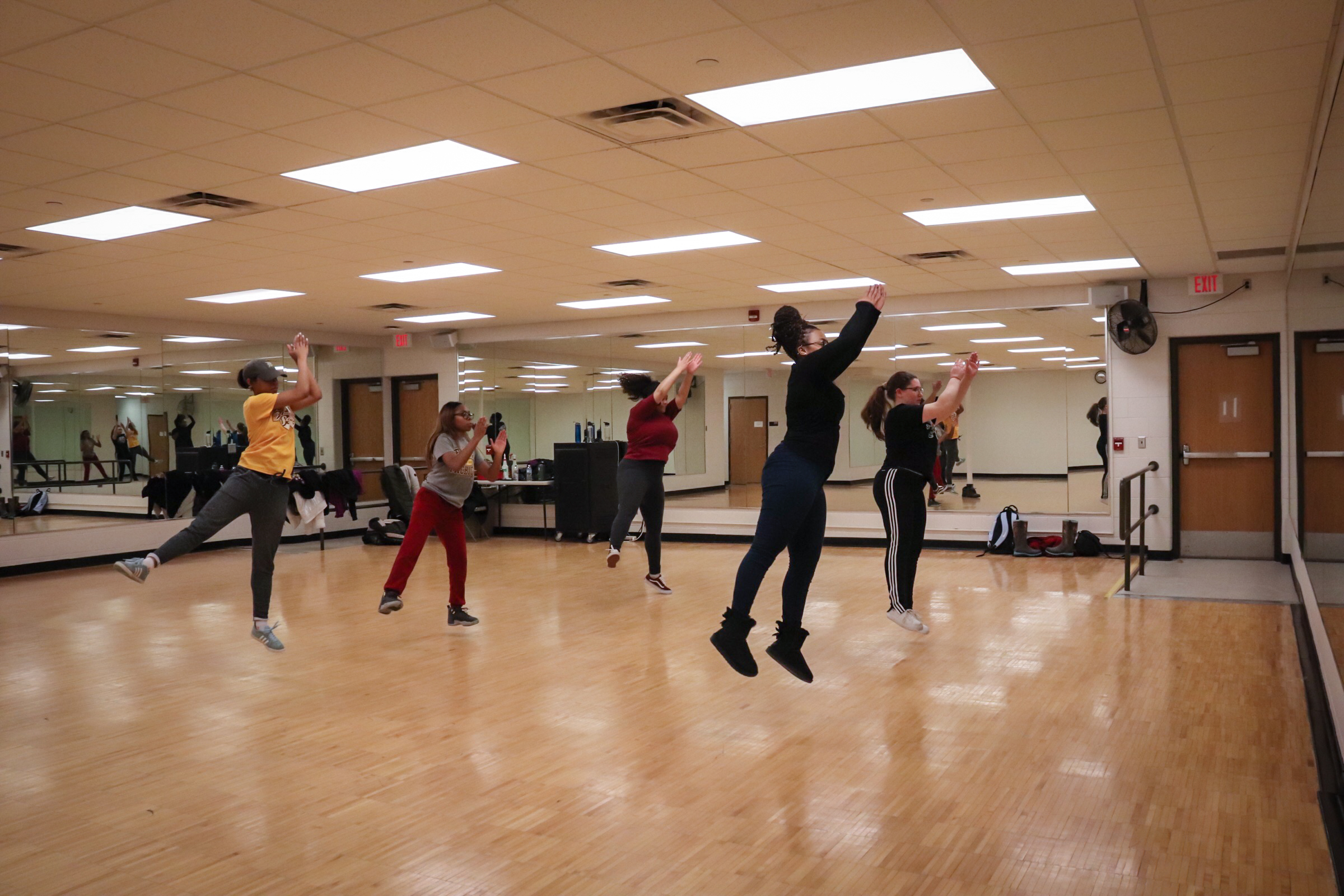 “I was super proud of my team,” Hicks-Jones said. “They learned everything for Homecoming in a month, and they killed it. When we first started out last year, we weren’t really expecting people to be so accepting, but the community has really opened up to us. It was really exciting; now we have a lot more shows planned.”

Hicks-Jones doesn’t believe she would be as willing to learn and open up to other people had she not started dancing.

“I think if I didn’t do dance, I would not be so open with other people,” Hicks-Jones said. “Growing up, dancing was one of the only times I had the chance to make real connections. You meet all different kinds of people. I love that.” 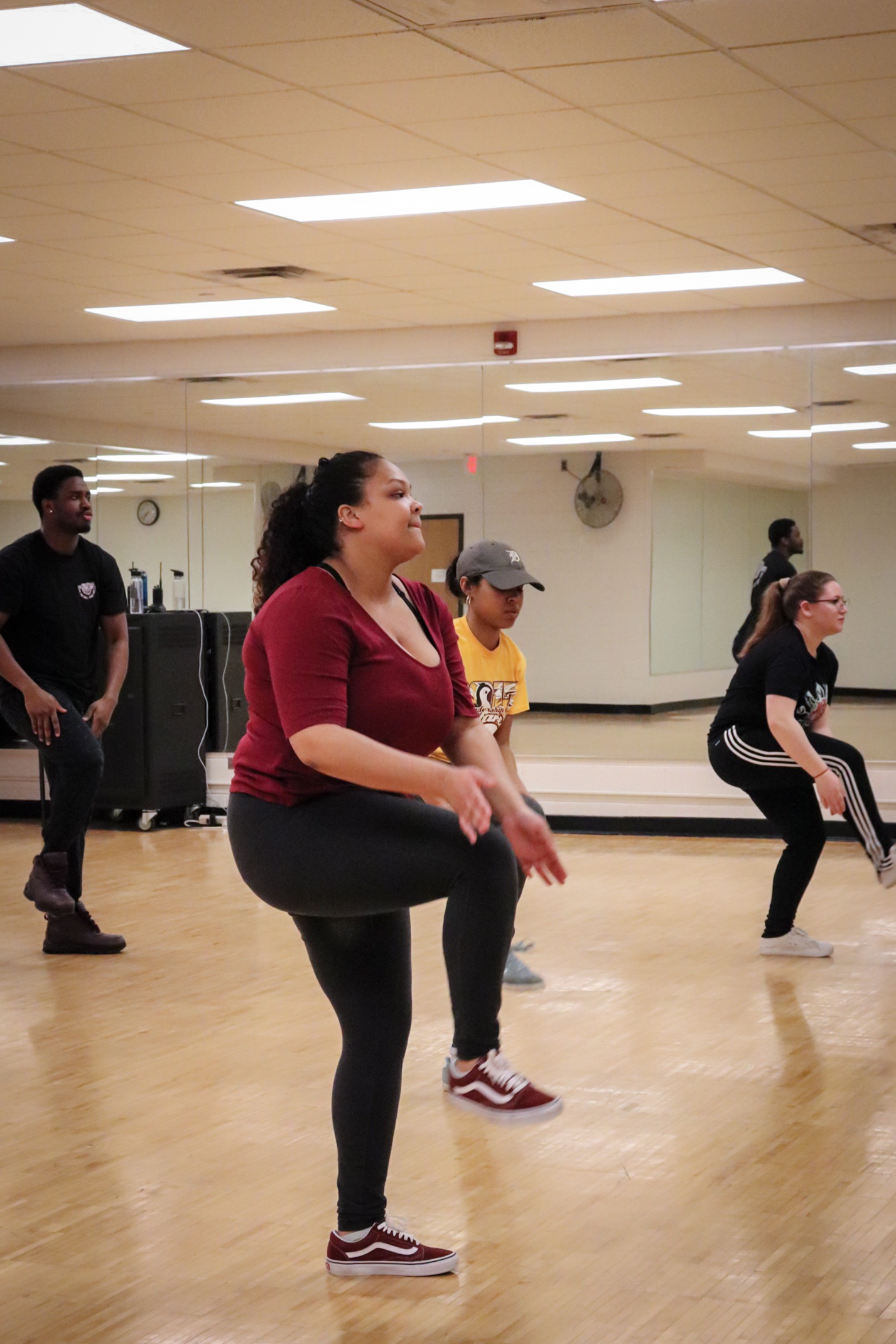 CMU senior Sarah Merrifield also hopes to build community with Dance Revolution CMU, an RSO that invites anyone with any dance background to come and join.

“I think dancing is a natural thing humans find joy in,” Merrifield said. “I feel like I’ve been dancing my entire life, like most people. I don’t think a lot of people realize they are dancers unless they’re professionals. It’s all about freedom and self-expression.”

Merrifield noticed significant changes in her life physically, mentally and emotionally when she started dancing at RedBloom in downtown Mount Pleasant.

“I rarely feel as good as I do as when I’m dancing,” Merrifield said. “It used to be about the fitness aspect, but now it’s this mind-body connection of just leaving everything else that’s going on for a period of time and focusing on how your body feels; it’s very meditative,” Merrifield said.

Studying fashion merchandising and Spanish, Merrifield said dancing was just a pastime. Starting Dance Revolution CMU was something Merrifield says she would not have confidently started a year ago.

“Being confident in the way my body moves, that it’s right for me and no one else has to like it, is something that I’m so glad that I’ve been able to accept,” Merrifield said. “I think people tend to hide that part of themselves, so I wanted to give people a reason to dance and to do things that feel good for them.”

Whether you’ve been dancing your entire life or just started a few hours ago, dance is a language that everyone can embrace and learn from.

“The way you express yourself is beautiful no matter what anyone else thinks,” Merrifield said. “Dancing has cultivated a lot of really positive energy in me, and it’s brought me together with other people. It’s positive to engage in things that do good for you.”