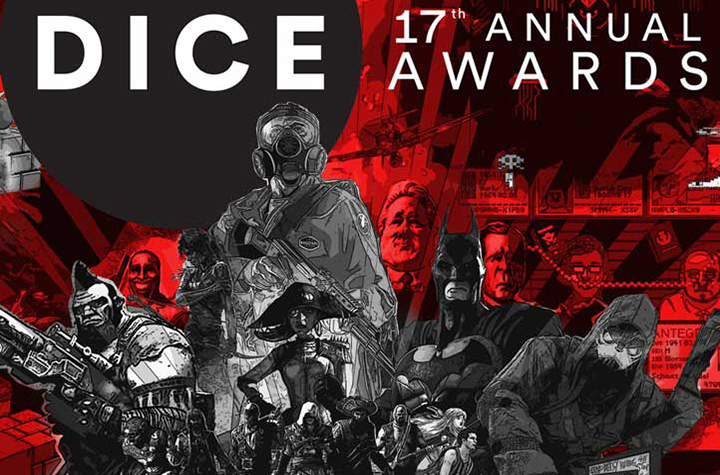 The developers and publishers of the game industry came together this week for the annual DICE Summit. The four-day conference focused on discussions about game design and the future of the business.

The DICE Summit is also the venue for the DICE Awards, which celebrates the accomplishments of game-makers. This year, the 17th Annual DICE Awards consisted of 24 categories, covering a variety of genres and game-building elements.

Naughty Dog’s “The Last of Us” dominated the show, winning in 10 of the 12 categories it was nominated for. Those awards included Game of the Year, Outstanding Achievement in Story, and Outstanding Character Performance.

“The Last of Us” won the most awards of any game by far at the show. The closest contenders were Irrational Games’ “Bioshock Infinite” and PopCap’s “Plants Vs. Zombies 2,” both of which won two awards.

The DICE summit was created by The Academy of Interactive Arts and Sciences, an organization consisting of prominent professionals in the game industry. The AIAS also determined the winners of the DICE Awards.

“The Last of Us” was one of the most well-received games of 2013, earning scores of over nine out of 10 from both critics and fans on Metacritic. Following the DICE Awards, there was fierce debate on Twitter over whether or not the awards favored the game too strongly.

Another highlight of the awards show was the induction of British developer Rockstar Games into the AIAS Hall of Fame. The Rockstar team was inducted in honor of their substantial contributions to the medium over the years.

Rockstar North President Leslie Benzies and Rockstar Games co-founders Dan Houser and Sam Houser had their names added to the Hall of Fame.

Rockstar is best known for their often controversial “Grand Theft Auto” series. Other popular properties from the developer/publisher include “Max Payne,” the “Red Dead” series, and “L.A. Noire.”

Corporate Vice President of Microsoft Phil Harrison recapped the company’s illustrious history before presenting the Hall of Fame award at the ceremony.

“With more than a decade’s worth of extraordinary digital entertainment, Rockstar has, more than any other creator, led our industry into the cultural and entertainment mainstream,” Harrison said.

The Pioneer Award for lifetime achievement was given to Eugene Jarvis, the creator of classic arcade side-scroller “Defender.” He also made Robotron 2084, one of the first games to incorporate the two-stick control scheme we see in console games today.

Though technology has improved greatly since Jarvis began making games, he said in his speech that the core of game design has not changed.

“The dream is the same; to transform a cold, dead, blank screen into a magical universe,” Jarvis said. “The transformation is not complete without the players, to give the game meaning and bring it to life.”