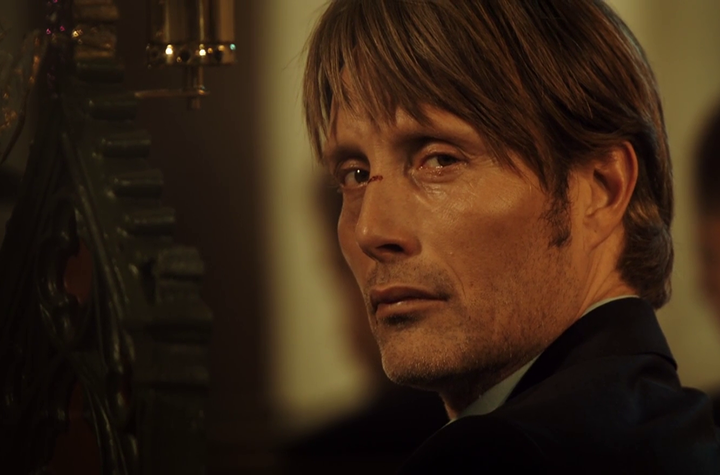 The Central Michigan International Film Festival is an annual event put on by the Film Society RSO on campus. Considering the options are so limited for movie lovers in Mount Pleasant, this wonderful happening is a breath of fresh air for individuals who want more than what is playing at the Celebration Cinema down the road.

Despite bringing in some familiar American titles this year, the event mainly focuses on foreign and local releases that were most likely exempt from the area at the time of release. Although these can vary in quality, the important thing is that students have the opportunity to support the diminishing art culture of the area, and attend their very own festival for a reasonable price. In case you missed it, here is a look at some of the titles that played over the weekend:

“The Hunt,” a Denmark import starring Mads Mikkelsen, is in the running for the Best Foreign Language Film at this year’s Oscars. The Academy certainly loves topicality and this film, about a witch-hunt over a wrongly accused pedophile, tackles its socially relevant premise with gripping momentum. It’s a shame, then, that this movie often skimps on the psychology of the involved parties.

Mikkelsen, who is also the star of “Hannibal,” turns in a haunting portrayal of a man shunned away by his community, but the film surrounding this performance feels far less committed to delving further into the implications this troubling set-up seems to offer. It’s unfortunate that a film this beautiful to gaze at has too many issues to fully embrace.

If you missed “The Hunt,” it is available on Netflix Instant.

James Wan’s “The Conjuring” is the biggest title to play at the festival this year, and it was another opportunity to catch the film in a theater environment if you missed it the first time. For those who did see “The Conjuring” on the silver screen, it offered a chance to experience this spooky horror fun-house for a second go-around — and this is certainly a film that calls for it. Wan complies all of the elements of his previous films — dolls, possession, loud noises in the night — into an unrelenting mixture of old-school scares and genre mayhem. It might not be the most original horror creation to come from Wan, but that’s a slight complaint when there is so much fun to be had.

If you missed this snooze-fest when it was up for an Oscar in 2012, there were a few opportunities at CMIFF to re-visit “Amour” in all of its sadistic glory. Haneke’s prestige picture about an old married couple dealing with dementia is emotionally frigid and oddly exploitative, even with committed performances from Jean-Louis Trintignant and Emmanuelle Riva. It is difficult to escape the feeling that “Amour” was conceived purely to torture audience members by playing on fears of aging and isolation. One could argue against this case, of course, but being familiar with the director’s obsession with media’s more barbarous qualities in his past work, is key to understanding this problematic movie. It’s unlikely anyone going into this expects such a punishing experience.

“The Painting” is an oddly bloodless animated movie about racism, taking place all inside of a painting where the artist has left three kinds of races — The Toupins (all the way painted), The Pafinis (partially painted), and Reufs (sketches).

The Toupins are the perceived superiors, considering they are beautifully colored, and they rule over the enslaved others. A gang of mixed characters set out to find the artist to finish the painting so everyone can live in harmony. As brilliant of a set-up as that ultimately is, the movie is awkward and uneven too often to make any kind of message stick. It seems there is a lot of talk about the animation being beautiful, but it feels strangely dull and empty. Like a bad painting, it just sort of sits on the screen without culminating into something meaningful and worthwhile.