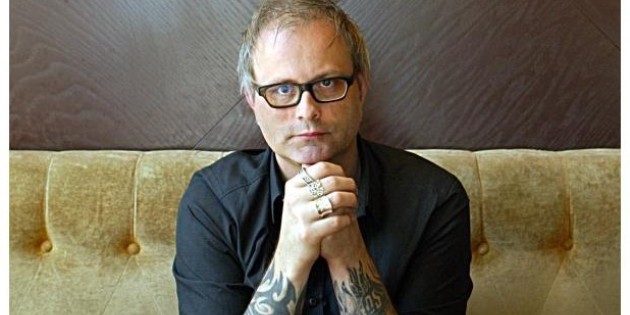 Denis Côté  is a Québécois filmmaker that has been around since the the ’90s. He has dabbled in fiction as well as non-fiction, and could very well be one of the best directors you have never heard about. His work is popular among festival audiences, but has yet to really make a big splash in the United States.

Côté’s brand of movie-making is strictly for patient audiences and, unfortunately, that is often a minority here. But those willing to brave the very slow brand of cinema that Côté offers will likely never forget what they’ve witnessed. He has a rich and extensive filmography that is truly impressive and special. It is also clear that he has a vast knowledge of film history (old and new) and understands that cinema is sometimes most powerful when the images, rather than characters, do the talking.

His film from last year, “Bestiaire,” is one such example. His documentaries are often better than his fiction work, and this is a devastating and overwhelming film. All Côté did was set up a camera in three places: an art workshop, a zoo and a taxidermy business. The goal was to contemplate man in relation to animals. The movie consists of roughly 120 static shots in these three places. If this sounds dreadfully boring and tedious, Côté might not be for you.

For the more patient of viewers, “Bestiaire” is an affecting and emotional ride of a movie. The zoo scenes are the toughest to watch; animals bang their heads against their cages, rattling and crying out to nobody. They pace around their confines while humans walk around the zoo, laughing at them and having a jolly old time. Côté never makes a statement; he simply films them without saying a word. It is extraordinarily powerful.

Not all of his documentaries are as sullen, though. In “Carcasses” for instance, Côté focuses on a collector of old junk cars. He lives alone and is something of a hermit, telling the camera that he doesn’t need anybody to keep him company. About halfway through the film, though, a group of drifters, all with Down Syndrome, move onto his property. They quietly interact with the collector and he allows them to stay, peacefully, on his land.

In this movie, Côté expertly blends documentary and fiction. The story has been constructed, slightly, by the director, but it is very subtle. Audiences are lead to believe it is a story about one thing, and it ends up going an entirely different direction. The director is never condescending towards his subjects and allows them to breathe and live onscreen. He is one of the most patient and observant directors currently working today, and “Carcasses” feels like a miracle unfolding onscreen.

The fictional works of are a bit more accessible, but no less honest and invigorating. “Vic + Flo Saw a Bear” is his latest film about two lesbians living together and experiencing all kinds of turmoil. This is another film that changes direction quite abruptly in the last half, and Côté’s willingness to create tonal shifts makes him a unique voice in independent cinema. The film is currently making the festival rounds and is well worth checking out. It is sure to bring Côté some new fans and some glowing reviews.

If quiet, understated movies sound appealing, audiences would be doing a disservice in not checking out this wonderful director. The very best part about Côté is he has a vast filmography ready to dive into. There is no better time to start than now.