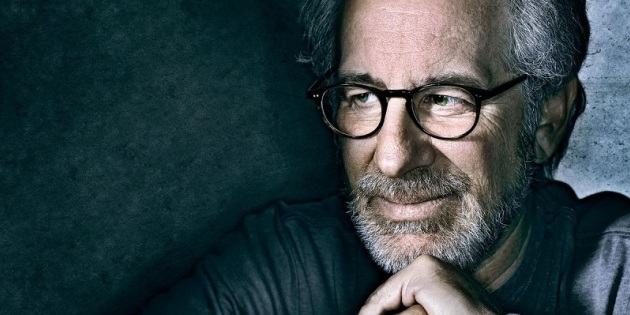 Do not blame Steven Spielberg for the way things are now. Spielberg is often condemned for helping turn Hollywood over to profit-minded studio pictures, and putting an end to the auteur movement of the ’70s. As historically accurate as this may be, Spielberg continues to make movies that astonish and define escapist cinema well into the 21st century.

His films are worlds to get lost in, and are often rousing genre pictures filled with intelligence and technical wizardry. He hardly panders to the audience, like so many of his imitators, and has a clear vision for what blockbusters are capable of. A lot of serious cinema folks scoff at his name, but make no mistake — Steven Spielberg is an excellent filmmaker.

Take his newest project, “Lincoln,” in which he portrays the famous president trying to pass the 13th Amendment through the House of Representatives. Those who love the type of sweeping, cinematic action movies that Spielberg has become synonymous with may be bored to tears. This is not a biopic; it is an incredibly dense and stripped down film that may leave many scratching their heads.

It is Spielberg’s finest film in quite some time because it rejects the grand sentimentality and romanticism that too often bogs down historical epics. It essentially shows a heavily divided period in our country’s history with pleasantly subtle performances. For a film this talky and subdued to come from a household name like Spielberg seems almost like an act of defiance. But even in the quieter moments, the direction feels utterly cinematic; it is a testament to his craft that characters speaking political jargon for two and a half hours becomes completely enthralling.

Spielberg has a number of great films under his belt, as well as a number of misfires. Even when he fails, though, he is still interesting and relevant. Most directors can make a bad picture and lose their audience interest and even their careers. Audiences still flock to the theaters to see what Spielberg has to offer, even if his last movie was a disappointment. He is one of the few directors to earn the title “beloved,” and it is well-deserved.

Along with creating fan-favorite films, he has created iconic characters that have become deeply embedded into our culture. Where would films today be without larger-than-life Spielberg creations like “Indiana Jones” and “E.T.”? These films and characters have, miraculously, stood the test of time, and continue to click with crowds years after their conception.

So, if you’re tired of seeing the same plot being rehashed and rebooted in movies today, do not attack the films of Steven Spielberg. He understands, maybe better than anyone working in Hollywood today, how to rivet an audience with impeccable craft and showmanship. He is a true lover of cinema, and audiences can feel it in every frame of his work, old or new.