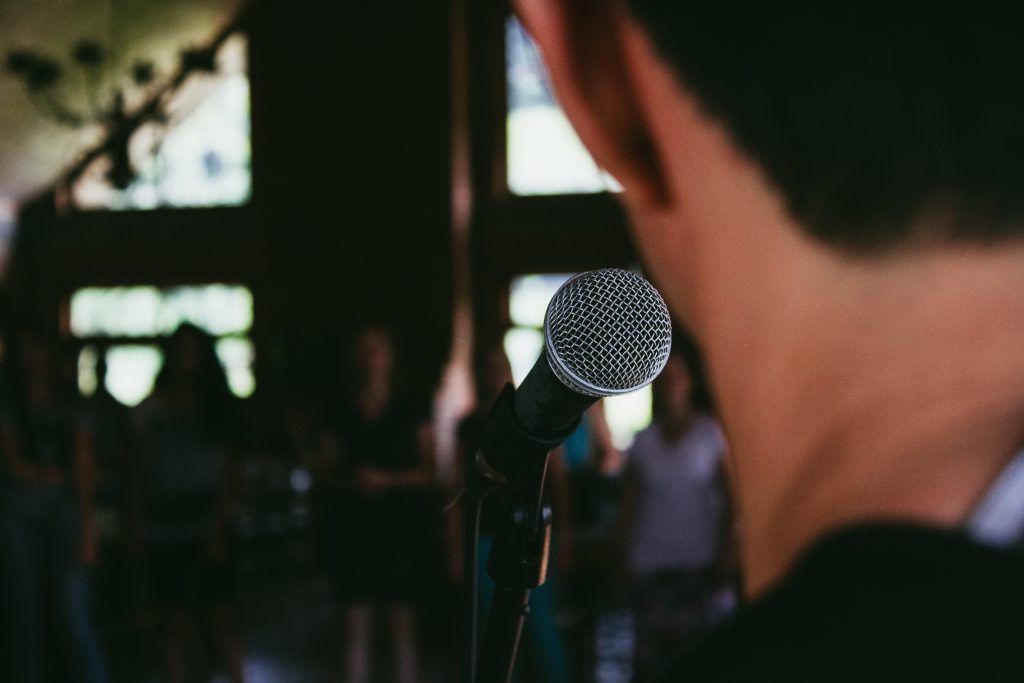 Story and Photo by Sydney Fairman
Feature Photo via Unsplash

It’s a Wednesday night, and all you want to do is build a mountain of blankets on your bed and binge-watch something on Netflix. Your friends have other ideas, however. They insist on dragging you out to The Cabin under the promising spell of Cabin Sticks and live music. It’s not until you get there though, that you realize that the ‘live music’ they promised is instead karaoke, and that there are a lot of people out on a Wednesday night because of it.

As we all know, karaoke has been around for as long as we can remember: through prized childhood karaoke machines and TV series dedicated to sing-alongs. Mount Pleasant has cashed in on the popularity at a number of bars, including The Cabin and Rubbles. For some, it’s become almost religious to go out on karaoke nights.

Senior Maddie Chaklos, a personal fan of Rubble’s karaoke atmosphere, has gotten a lot of her friends to follow her lead.

“Practically every Thursday night is scheduled out for karaoke at Rubble’s,” Chaklos said. “It really feels like a local bar compared to the others near it, so it’s a great way to end the night after going to all the other bars because your friends all come together to just get up and do it, and the crowd always is there to amp you up.”

Chaklos adds that karaoke provides an avenue for one to truly be themselves amongst the swarm of the bar.

“Karaoke is one of my favorite parts of going out. Even though going to the bar is meant as a way to relax, there’s still all this pressure to dress right, do your makeup correctly and to act a certain way. With karaoke, you can truly let loose and goof off with your friends, because that’s what it’s all about.”

With many local bars noticing this trend, more and more have added karaoke to their weekly lineup. Following suit, Hunter’s Ale House on Bluegrass Road recently added karaoke to every Wednesday night with a multitude of drink specials. Since college students are arguably some of the biggest music fanatics in the industry, pairing karaoke and drink specials could be a surefire way in attracting more students to college bars.

As of right now, there are at least three spots in Mount Pleasant  that offer karaoke on their regular weekly schedule. With the popularity increasing, it won’t be surprising if other bars and pubs follow suit soon.