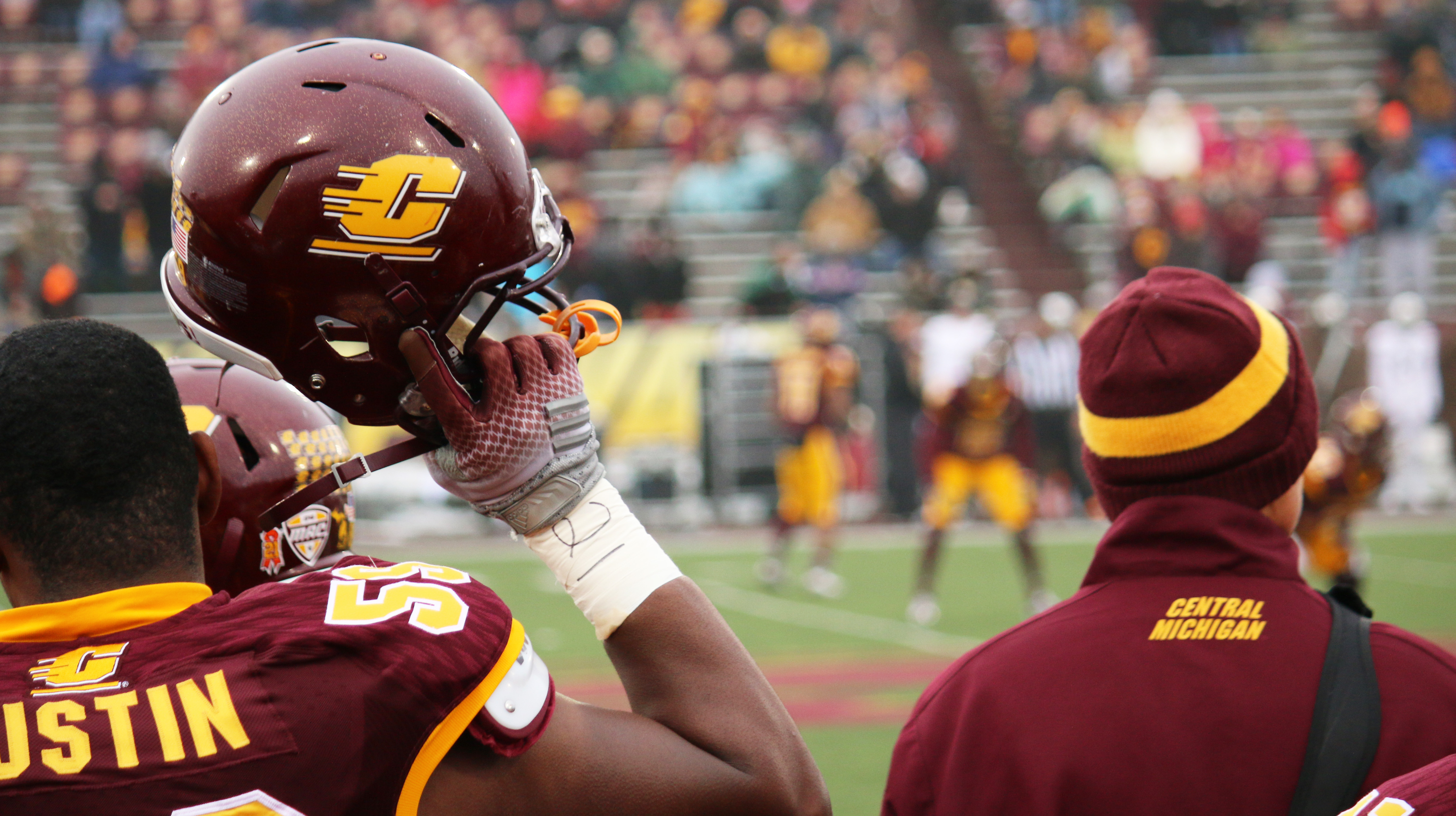 Since his first season in 2010, Dan Enos has been made the poster child for both Central Michigan University football ineptitude and mediocrity.

At times it’s been justified. Other times, not so much.

He was blamed for Ryan Radcliff never being able to adequately fill the shoes of Dan LeFevour, as well as a myriad of other things throughout his tenure in Mount Pleasant. Now, with the Chippewas once again being left out of the Mid-American Conference Championship game, the groans and cries for an Enos dismissal are being heard loud and clear from some fans.

At the very least, the seat remains hot for Enos, as fans are concerned with what next year holds as the two most productive offensive players, running back Thomas Rawls and wide receiver Titus Davis, have both exhausted their eligibility as NCAA football players.

To make matters worse, there is currently a football renaissance going on in Kalamazoo. Young and energetic head coach PJ Fleck has drawn some national attention this season, some due to him being a colorful character, but also because he helped “row” Western Michigan from 1 win in 2013 to 8 wins this year.

Western was unable to beat Northern Illinois in the last week of the regular season to secure a place in the MAC Championship, but their season was already deemed a success the week prior – the moment the clock hit triple zeros in their 32-20 win over CMU at Kelly/Shorts Stadium. That, along with the Chippewas’ inability to be a serious contender for the MAC title for yet another season, has brought out the Enos naysayers once again.

Perspective is needed, however. Today’s CMU students routinely point to the Dan LeFevour era from 2006-2009 and suggest that this is where program needs to be for them to not be completely apathetic about their school’s football program. Ask 10 people on campus what their view on the football team is, and at minimum you’ll get at least one response that resembles this: “Man, I haven’t been to a game all year, it’s just not the same as when LeFevour was here!”

People reminiscing on the LeFevour years will naturally decrease as time goes on, but the disapproval toward Enos isn’t letting up – at least not at the moment. This is mostly based on an expectation that calls for the same success to be had as when the best player in school history was playing. It’s just not reasonable.

After not going to a bowl game in his first two seasons, Enos had the Chippewas playing postseason football for the second time in three years. Unfortunately, the Chippewas fell to Western Kentucky in the Bahamas Bowl that took place on Dec. 24.

Sure, bowl games are an imperfect measure of program success, and there are currently more bowl slots than ever. Certainly, Enos has to do a better job of avoiding the types of letdown games that take CMU out of the MAC title race, such as what happened with Ball State this year at home. Competing for and winning a MAC title should be the ultimate goal, and Enos has to figure out how to get this program back to that point.

What cannot be ignored, though, is the progress that he’s made since his first two seasons. After winning six games combined in 2010 and 2011, CMU has won at least six games in every season since. The talent level has increased immensely on both sides of the ball, as illustrated by the NFL prospects that the program has been producing as of late.

Enos is young, still just 46, and this is his first head coaching gig. It’s certainly been a trial by fire at times, but Enos and the program have persevered to reach a level of respectability in the MAC. If the program regresses from here, then Enos’ status as head coach should obviously be reevaluated.

If the team wins four or five games next year, in year six of Enos’ tenure, then alternatives should perhaps be discussed. Until then, CMU students, fans and alumni should hold back on calling for a replacement for a guy who has only gotten markedly better throughout his time in Mount Pleasant.