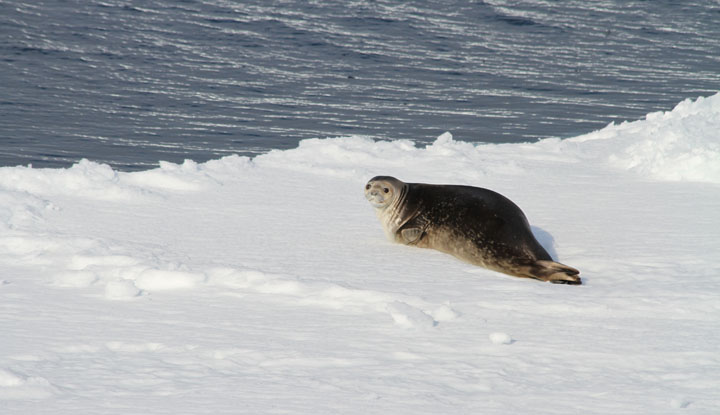 Cold weather does not seem to bother Dr. Andrew Mahon, a biology professor who will be heading to the frigid waters of Antarctica later this semester.

Driven by his love for the icy continent and dedication to his research, Mahon will depart for his fourth research excursion to Antarctica on Nov. 18.

Mahon will be collecting benthic invertebrates, organisms that live on the bottom of a water body, that live in the water surrounding the continent’s shores.  The trip will last a little over a month.

But what is the draw toward such a desolate part of the globe?

“It’s one of the very few places in the world that you can do large-scale studies that haven’t been messed up by humans,” Mahon said. “It’s also the fastest heating areas on Earth.”

With the rapid increase in temperature, some species in the area cannot survive these drastic changes and are becoming endangered, even extinct.

With Antarctica being such an isolated and undesirable place to go, many parts of the continent remain untouched by humans. These unseen corners of the Earth are still home to a plethora of organisms, some of which are still unnamed. Many of these undiscovered species are dying off before their genetics and evolution can be studied.

The threat of losing species unique to Antarctica is a driving force behind Mahon’s continuous returns to the snowy land.

“We’ve got to go there and collect as much as we can before they’re gone,” he said.

Mahon’s last trip led to the discovery of three new species. Though his main interest is in marine invertebrates, specifically sea stars and sea spiders, Mahon intends to take full advantage of the unique biodiversity of Antarctica for other scientists.

“We collect everything,” Mahon said in regards to the specimens they keep for preservation and further studying. “The chance we have of coming back and getting them again is slim to none.”

Mahon plans on preserving as many collected specimens as he can and bringing them back to the United States, not only for his own use, but for the research endeavors of future scientists.

“We put them in museums. They’re archived,” Mahon said of the specimens. “We curate quite a few of them with Smithsonian in D.C.”

Along for the ride and no rookie to Antarctica, is Abigail Hollingsworth, a recent Central Michigan University graduate and previous research assistant for Mahon on his trip to Antarctica last year.

“Lucky is the number one word to describe how I feel,” Hollingsworth said. “I never thought that I would get to go to Antarctica once, let alone twice.”

Hollingsworth plans on using her previous experience to expand her knowledge on benthic invertebrates.

“This time around I will be able to apply everything that I learned before and extend that knowledge even further,” she said.

Mahon and Hollingsworth will be accompanied by a Central graduate student, Avril Harder, as well as Mahon’s colleagues from Auburn University, Texas A&M University, University of Washington and the German Antarctic Institute.

Despite the fact that Antarctica has seen recent rises in temperature, according to an article in the Washington Post, Antarctica sea ice has hit a record high for the past 35 years.

“Ice is going to be a big barrier for us,” Mahon said.

Other safety concerns include falling overboard and medical emergencies. Exposure to the freezing waters for a time period of just five minutes can be lethal and a trained doctor will be days away in cases of emergency.

“The boat is as safe as anything I’ve ever been on,” he said.

The boat crew conducts regular emergency drills and all members on the deck are required to wear a float coat. Hollingsworth had to get physician qualified and pass several rigorous tests before being cleared to accompany Mahon.

“They have to make sure that you are fit as a fiddle before they let you go on a trip like this,” she said.

“The Drake Passage has intense waves, typically 45 meters. This boat is even smaller than the last by about half, which means we will feel the waves even more,” Hollingstworth said. “I’ll be buying some sea bands and some Dramamine before I hit the ocean.”

“I hope to grow as a scientist, and learn even more about Antarctic phyla and how to identify and preserve them,” she said. “I am also eager to learn from all of the scientists on board. When you are surrounded by experts, there usually isn’t a question that one of them doesn’t know the answer to.”

Mahon also is looking forward to his next venture. Despite his continuous returns to the seemingly plain, desolate area, Mahon describes Antarctica as “ethereal.”

Mahon will be returning Dec. 22.

Due to the recent government shut down, some research stations in Antarctica might shut down as well according to an article in Nature, an international weekly journal of science.

As far as Mahon knows, the shut down will not affect his expedition to Antarctica.

“We have not been notified of anything as of yet, however, that’s not to say it is not a possibility,” Mahon said. “We’re hoping everything stays on schedule.”

Updates on the trip and first hand details can be found on Mahon’s Antarctica blog.