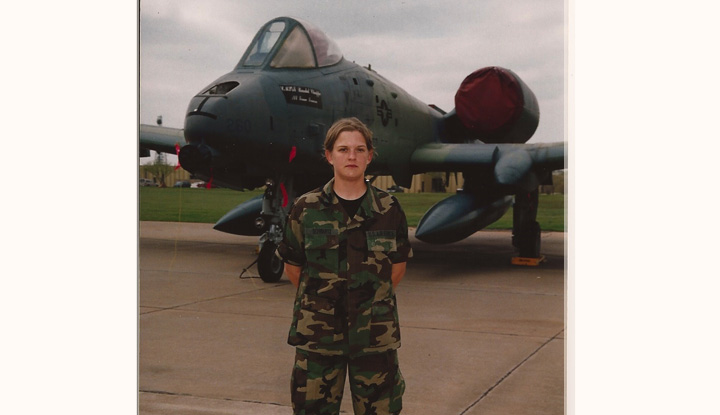 Senior Jennifer Schwartz, 32, attends classes at Central Michigan University during the week. On the weekends she travels to Lansing from her home in Mount Pleasant and works 12 to 36 hours as a paramedic for the Lansing-Mason Ambulance Service. Each shift is 12 to 24 hours.

Schwartz does not have the luxury of a restful weekend at home.

“I have bills just like everyone else does that I need to take care of,” Schwartz said. “Right now it’s seven days a week. All day, every day.”

Schwartz is not only a certified paramedic, but also a veteran of the U.S. Air Force and this December her 36 months of education benefits provided under the Montgomery GI Bill-Selected Reserve expires.

The GI Bill is one of the many educational benefit programs provided by the United States Department of Veteran Affairs.

Director of the Central Michigan University Veteran’s Resource Center Steve Rellinger estimates that approximately 300 Central student veterans are enrolled in one of the education benefit programs.

“There are six different [GI Bill] chapters we see here on campus,” Rellinger said. “In total, all CMU operations, you’re looking at about 1,000 veterans per semester [who receive education benefits].”

Schwartz began her schooling with a plan to use the education benefits to their fullest extent.

“I kind of timed it out so that [the GI Bill] would end when I graduate,” Schwartz said. “Then it’s done. So I have to figure out how to pay for PA school.”

During winter break and the summer months Schwartz works non-stop logging approximately 100 hours per week to save up to be financially independent. During Labor Day weekend she worked 55 hours.

She feels pressured to consider different forms of federal financial aid in order to further her education. She is applying for several physician assistant programs in the state, and understands the daunting amount of studying that awaits her.

“You really just can’t work when you’re in [physician assistant] school,” Schwartz said. “I’m trying super, extra hard to save up a little bit of money. I’m going to have to win the lottery or take out a student loan.”

While stationed in Japan at 19 years old, Schwartz attended the University of Maryland University College via satellite and utilized the tuition assistance available to her.

Between 2000 and 2006 she found herself in a challenging and cyclical situation. She would enroll in college courses only to be deployed and forced to drop them.

“We have students right now getting tuition assistance in one of the branches of the military that are deployed. I have a young man that we just helped within the last three weeks who is in Afghanistan right now, but is still taking online classes,” Rellinger said.

When Schwartz was honorably discharged from the U.S. Air Force in 2006, she followed her girlfriend at the time to Omaha, Neb. and began taking courses at Metropolitan Community College of Omaha.

She was able to complete general education courses and soon became certified to be an emergency medical technician and then a paramedic. During this period she also worked full-time for a medical supply company.

In 2011, she moved to Michigan where he was admitted into Central Michigan University and the scramble to obtain as much education as possible began.

“You can take as many classes as you want, but you only get 36 months,” Schwartz said.