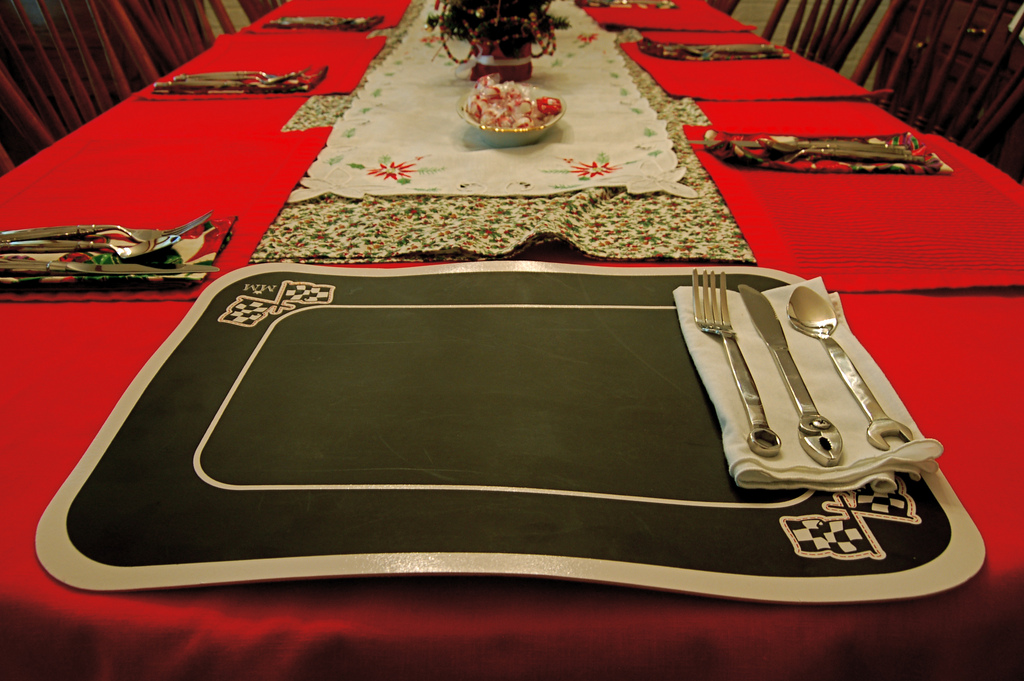 Here in America, it’s difficult to walk down any street in December without seeing fake Christmas trees, plastic santas or light-up reindeer.

Christmas seems to be as American as apple pie – or should I say, Christmas cookies? But is that the case in other countries?

Imagine if, instead of walking down the street and seeing Christmas lights, you saw hundreds of lit-up lanterns, like they do in South Korea? Or if coconut was a traditional holiday flavor instead of peppermint, as it is in India? Ever consider celebrating the season by chowing down on a bowl of sour meatball soup?

While not always celebrated the same ways in all countries, Christmas around the world is common in its spirit.

So, how is Christmas celebrated when there’s no snow? Nigerian graduate student Adedamola Sanusi shed some light on this question.

“We do celebrate Christmas in Nigeria – our population is about 170 million and about half of this figure identifies as Christian, so this holiday is huge,” Sanusi said. “Christmas trees, the exchange of gifts and church services are common, and people travel back to the countryside to visit family and friends.”

Sanusi describes some common foods served in Nigeria around this holiday, including Jollof rice, fried sliced plantain, and a dish known locally as “Efo-Riro,” a pounded yam and vegetable soup with beef.

Central Michigan University professor Daniela Caruntu has experienced Christmas in multiple countries, having celebrated in both her home country of Romania as well as France. She describes how a typical French Christmas meal begins with a roast bird, usually served with chestnut stuffing.

Appetizers include oysters, lobsters and a liver paste called foie gras. The meal is complete with salad and a cheese plate, followed by a favorite dessert: Chocolate cake in the shape of a log.

In Romania, things are a little different. Dinner starts with borscht, a type of sour soup made of either vegetables and meatballs or beets.

“This (dish) is my favorite,” Caruntu said. “My mother made it by fermenting barley and adding it to the soup to make it sour.”

Another one of Caruntu’s favorites is cabbage or grape leaves stuffed with ground meat and rice, served with polenta. Christmas dinner is finished with bread made with fruit and nuts and Romanian donuts.

Although not a country with a high concentration of Christians, Christmas is celebrated in India as well. When asked about Christmas in his country, Indian graduate student Abhishek Kolli said that sweets are a major part of his country’s holiday celebration.

Indian tradition demands that neighbors exchange platters of sweets and snacks with one other on Christmas day, so preparations start at least a month in advance. Some common Indian dishes include coconut Barfi (coconut fudge) and Kulkuls, which are a curled, fried donuts made with coconut milk.

Though not celebrated in December, senior Sean Doyean Kim of South Korea said the South Korean holiday of Buddha’s birthday is similar to Christmas in its spirit.

“It’s a national holiday, so people who believe in Buddha go to the temple to celebrate that day,” Doyean Kim said.

Buddha’s birthday is a religious holiday celebrating the birth of Buddha, similar to how Christmas celebrates the birth of Jesus. Temples are adorned with decorations and cities are decorated with beautiful lanterns.

And of course, there’s food. Traditional dishes such as bibimbap, a Korean vegetable and rice dish, are served.

So whether you celebrate Christmas with fruitcake or foie gras – all around the world, the holiday season is a time for family, friends and food.