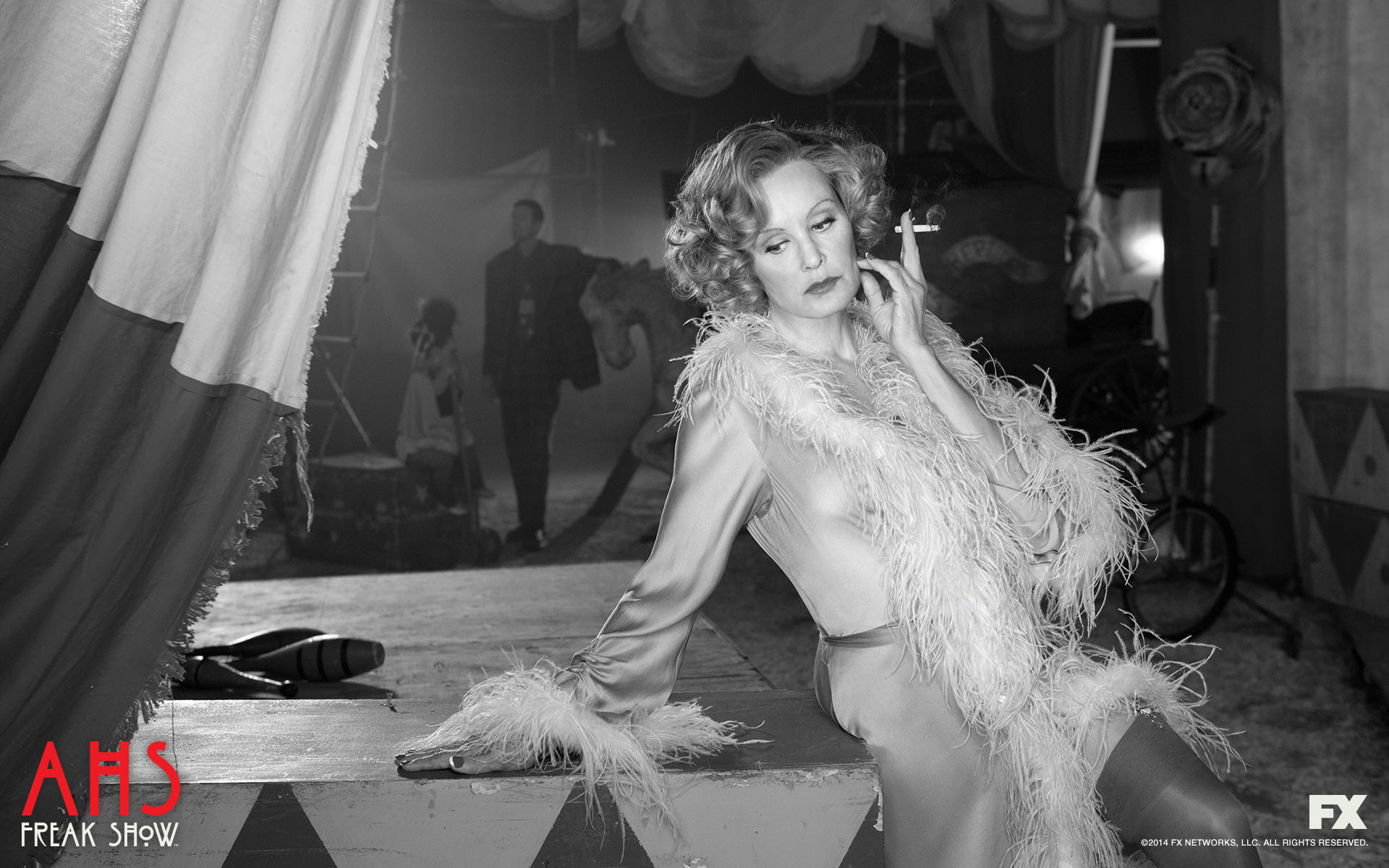 We all knew it was coming – the suspenseful and slightly painful winter finale of season four.

With a plot that includes random deaths, detailed exposition and arguably the first time Elsa has ever been likable, this episode may have been the best yet.

The episode opens on the corpse of Salty, Pepper’s companion. The fella had the least violent death of the season by simply having a stroke in his sleep – lucky guy. Poor Pepper can’t handle it, but Stanley is all to happy to ship off Salty’s head to the American Morbidity Museum.

Elsa, in her apparent “genuine” woe, tells Desiree how she found Pepper. The German maven fled from Hitler’s forces to the United States, where she decided to run her own show, with the business plan of “come for the freaks, stay for the star.”

She explains that she found Pepper in an orphanage, snuck Ma Petite from Maharaja through three cases of Dr. Pepper (we wish we could have seen that) and eventually found Salty. Pepper and Salty got married in what is probably the best display of pure happiness this show has ever produced.

Maggie breaks down during a fake fortune-telling with Desiree and her new beau, Angus (Malcolm Jamal-Warner) and proceeds to stupidly admit that she and Stanley/Richard are con artists. With only two episodes left, the show needs to tie up the plot lines soon, right?

Speak of the devil – Stanley tells Jimmy he can get a lawyer, but he’ll need to raise some money. We’ll give you three guesses as to what Stanley will suggest Jimmy should give up.

Maggie is convinced by the Tattler’s to try to get Jimmy out of jail and then plans on going off to the museum with Desiree to give her suspicious tri-breasted companion an idea of what’s going on. But when Maggie sees some familiar-looking lobster hands, she faints.

Perhaps a hand-less individual that doesn’t look like Evan Peters is roaming around?

Elsa eventually leaves Pepper with her sister, but we find that Pep gets framed for the death of the sister’s son that the wife and husband planned.

And who takes Pepper in, in 1962? Briarcliff Institute from the show’s second season, “Asylum,” with the favorite Sister Mary Eunice (Lily Rabe) returning. We see Pepper admiring a magazine from 1958 with Elsa as a TV star.

What trickery is this?