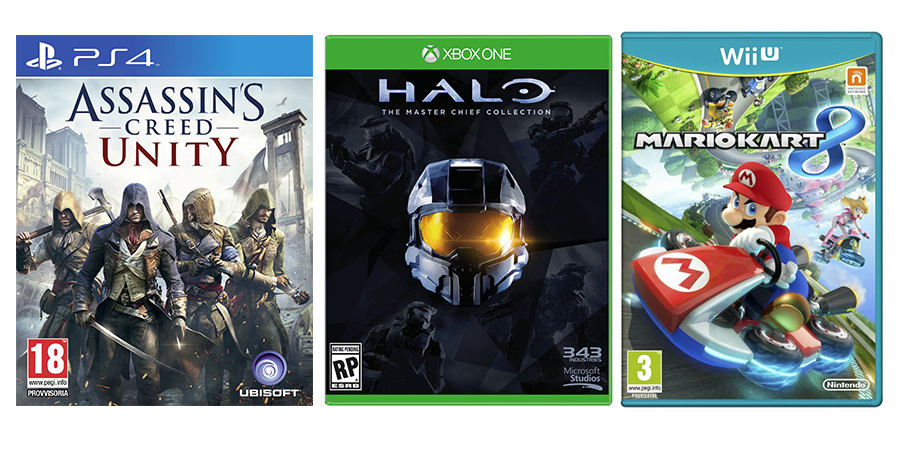 Grab your money, do your research and prepare to stampede your way past thousands of teeth-gritting shoppers in what’s shaping up to be the most notorious Black Friday yet.

For those of you who are unfamiliar with the term “Black Friday,” the former is a moniker given to the Friday following Thanksgiving, officially welcoming shoppers to the holiday shopping season. While many people prefer to shop from home, or at a reasonable hour of the day to avoid crowds, it is not uncommon to see thousands of individuals camped outside metropolitan stores for access to “hot deals” they can only get once a year.

As one might expect, Black Friday is a date both marveled and feared, as the slashing of high prices on new technology accompanies fights, customers getting trampled and the occasional woman who pepper sprays shoppers to get the last Blu-Ray Player for $9.99.

While Black Friday once again has the gaming community up in arms, the list below gives you an idea of what to lunge for when the doors finally open to the public.

Why Buy? The Wii U hit the market over two years ago with a mixed reception out of the gate. The main complaints among customers have been its lack of first party titles and support for higher graphics capabilities. However, recently, the console has steadily been climbing in sales due to the release of many highly-anticipated games, such as “Mario Kart 8” and “Super Smash Bros. 4.” With an arsenal of great, upcoming games and a production emphasis on social interaction, the Wii U is definitely the console to buy this holiday season.

Why Buy? While Nintendo has held the 3DS on the market for almost four years, the platform has performed with flying colors. With many first party titles available on the system, coupled with its relatively inexpensive price, the 3DS has risen to the top of almost all mobile gaming charts.

Why Buy? This is one of the prime new consoles of the next generation of gaming – Microsoft’s flagship system has been in stores for over a year now, and is still refusing to show any signs of weakness in its competition with Sony’s Playstation 4 and Nintendo’s Wii U. With new titles on the way, this console will be making a bid for the bestseller in no time.

Why Buy? The Playstation 4 has been the leader in sales for almost the entire generation of current gamers. At a lower price than the Xbox One and sporting more powerful graphics, the PS4 is typically the system of choice.

BLACK FRIDAY GAMES TO WATCH FOR:

Games with an “*” next to them are eligible for a free $15.00 Target Gift Card if purchased in a participating Target store during Black Friday.

Wal-Mart: Generally not the greatest for game sales due to the large crowds around the electronics deals. If this is your only option, it isn’t horrible, but there are much better venues to shop during such a chaotic time of year.

GameStop: Again, a great place for minimal variety, meaning that your games will almost always be in stock, however, the crowd will also be fairly stressful. As a plus, however, GameStop often offers promotions allowing customers to trade in their used games for in-store credit toward new consoles and games, increasing your out-of-pocket savings.

Sam’s Club/Costco: A well-kept secret, as their members have exclusive deals to peripherals, consoles and a limited amount of games. However, these games are typically not new releases and often come from bulk resale.

Author’s Pick:
Target:  Target stores are very easy to navigate, very well sized and they are well staffed – which is the perfect combination for successful Black Friday shopping. Gaming promotions are always great here each year, so if you want that game or system you’ve been coveting, my advice would be to check here first.