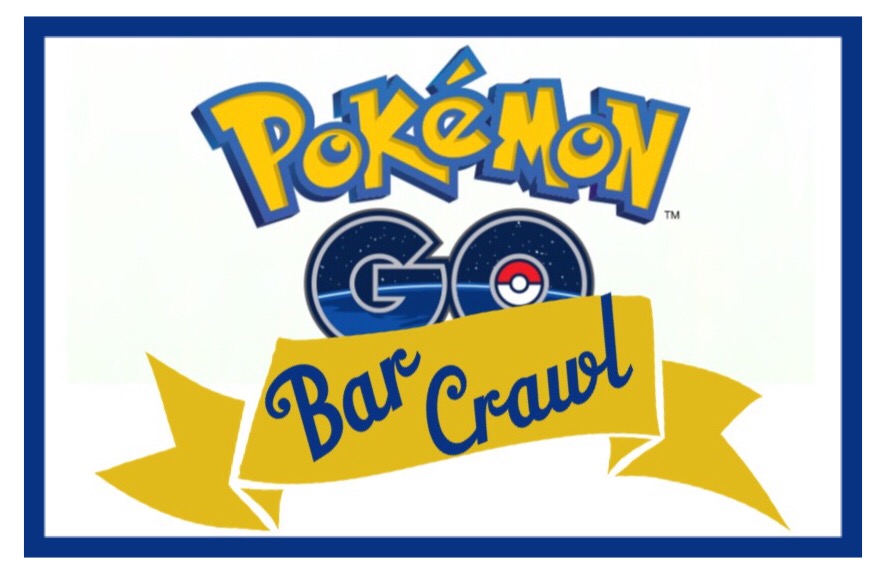 A group will go on a bar crawl this Thursday, but instead of the typical nighttime affair,  the group will be catching Pokemon.

The Mt. Pleasant Trainer’s Club, a student organization at Central Michigan University, will host the Mt. Pleasant PokePub Crawl this Thursday, Sept. 8 for people to play the popular app, “Pokemon Go.” There will be lures placed at each bar or the closest Pokestops.

“We’re going to drop lures all around downtown and people can just hang out, hopefully get to know each other, get more people involved in the club and promote downtown because a lot of people who live on campus [don’t leave], and downtown’s a really nice area,” Goudreau said.

The participating businesses are Marty’s Bar, which will offer a Pikachu drink, The Bird, Blue Gator, Dog Central and Walking Taco.

Josh Simms, co-president of Mt. Pleasant Trainer’s Club, said they added the food options to the event because not everyone can drink and not everyone wants to drink, but they still might want to hang out.

“I’ve never done an event this big before,” Goudreau said. “Maybe we can do another one if it turns out well.”

The Mt. Pleasant Trainer’s Club started in 2013 with meetings once a week in the Down Under Food Court where people would play the DS games. In the spring of 2015, the group obtained an adviser and became an official registered student organization.

“We were kind of surprised when we got [to CMU] that there wasn’t already a Pokemon club and we were like, ‘well, this is our generation. It isn’t already here so let’s start it and it started off slow but now there’s over 100 members on the [Facebook] page, and a good chunk show up,” Simms said.

He said when “Pokemon Go” came out, the club page’s numbers jumped.

“People all around are playing,” Goudreau said. “For a good two weeks after it came out, if you saw someone walking with their phone, they were probably playing ‘Pokemon Go’.”

“Not even probably,” Simms said.

“They were,” Goudreau agreed.

The group meets at 7 p.m. on Wednesdays. They don’t have a specific room yet, but their meetings will be in Pearce Hall. The first meeting is the Wednesday before the bar crawl.

“[At meetings] you get to come in and talk strategies that even I don’t understand with people who are extremely likeminded,” Simms said. “We have people coming from different majors, different cities, different backgrounds and we’ve got that one thing in common.”

At meetings, the group typically does weekly tournaments with the DS games.

“Everybody will pull a color out of a hat and you can only use those color of Pokemon for your team for the next tournament,” he said.

They also try to get people to bring in their Gameboy Colors and play the old games.

Goudreau said the group would love to get more people who are interested in the trading card game.

“Anything Pokemon, really, we welcome with open arms,” she said.

Simms said with the recent release of “Pokemon Go,” the club is in a good place right now. They’re also waiting for the next 3DS game to come out – the group sees a big jump when the new games come out, too.

“Now [because of ‘Pokemon Go’] all of these people are coming back to Pokemon and I’m like, ‘yes,’” Goudreau said. “It’s nice. It’s fun. It’s our childhood.”