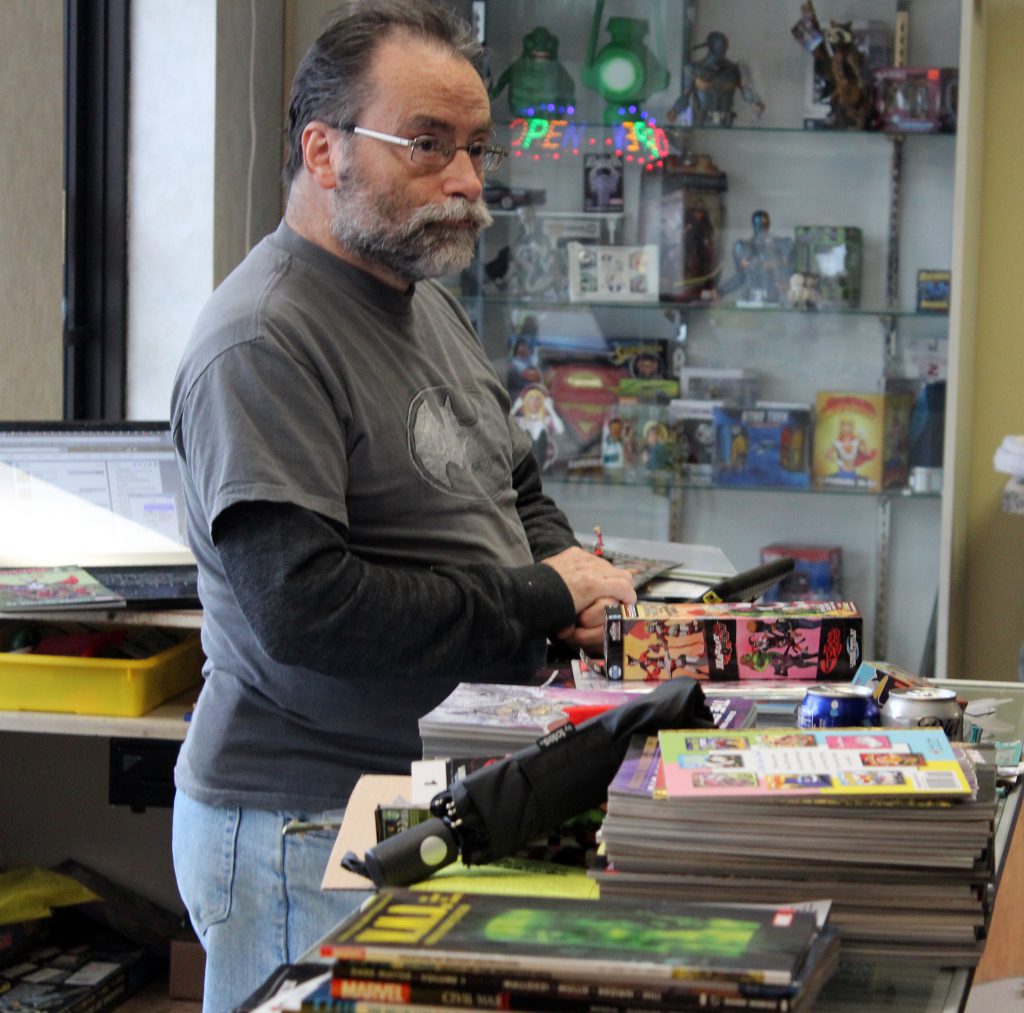 “The interesting thing about comic books is that it is one of the two things were started in America,” Hall of Heroes owner Michael Shuler said.

“If you want to see an evolution of an art form, you know, comic books are almost 100 years old.”

Hall of Heroes is a comic book store that has been in Mt. Pleasant for over 12 years. What they have sold here is “like an evolution of store.” They started with sports cards and games, and it has evolved from there into what it is today. 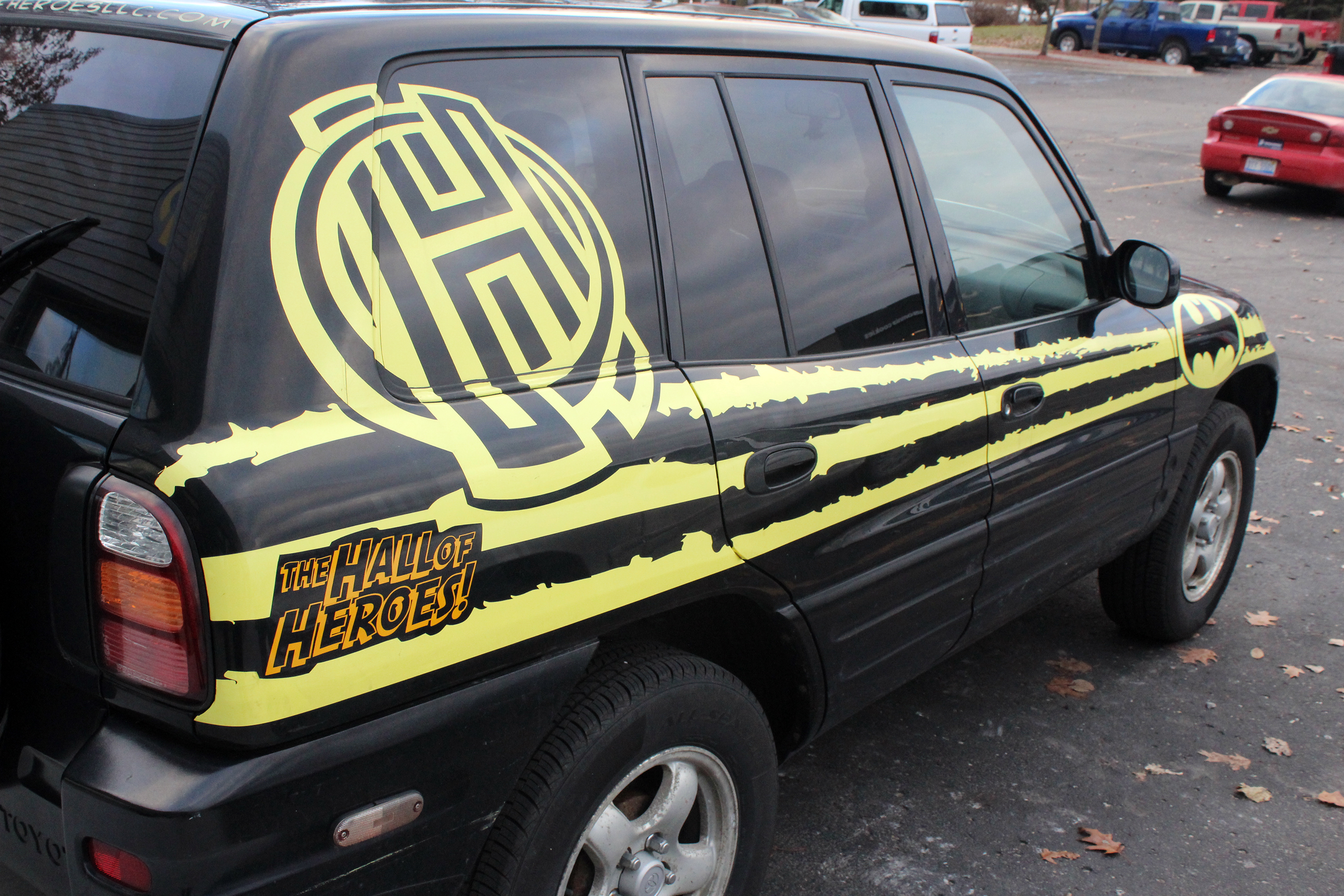 The car Shuler owns, which may be familiar to Mount Pleasant frequenters, was his, “one and only opportunity to dress it up in some sort of Batman fashion.” 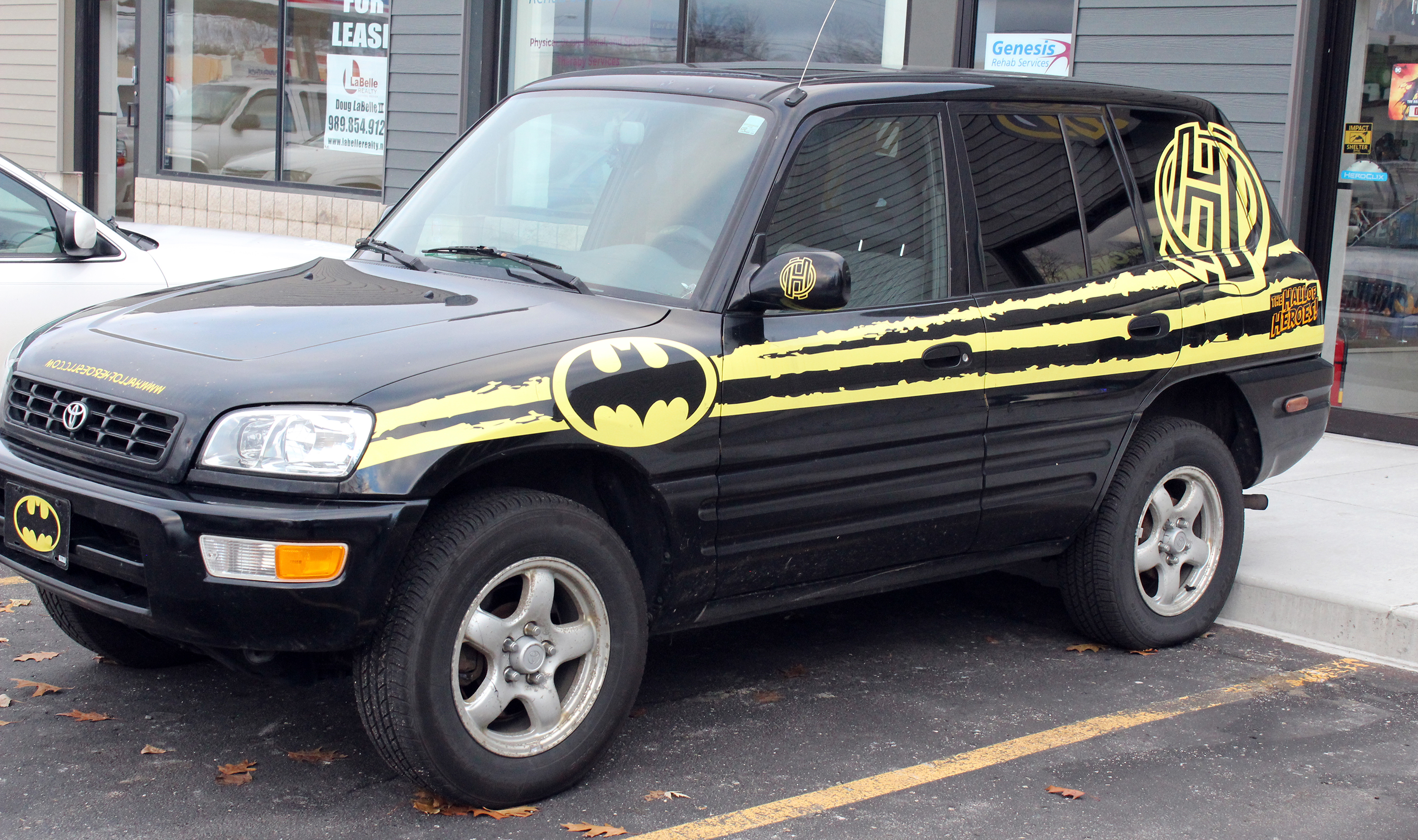 Batman is his favorite superhero.

“I’ve felt this way for so long I really don’t know,” he said. “I don’t have a memory why it was Batman, to begin with.”

Shuler has always been into comics. 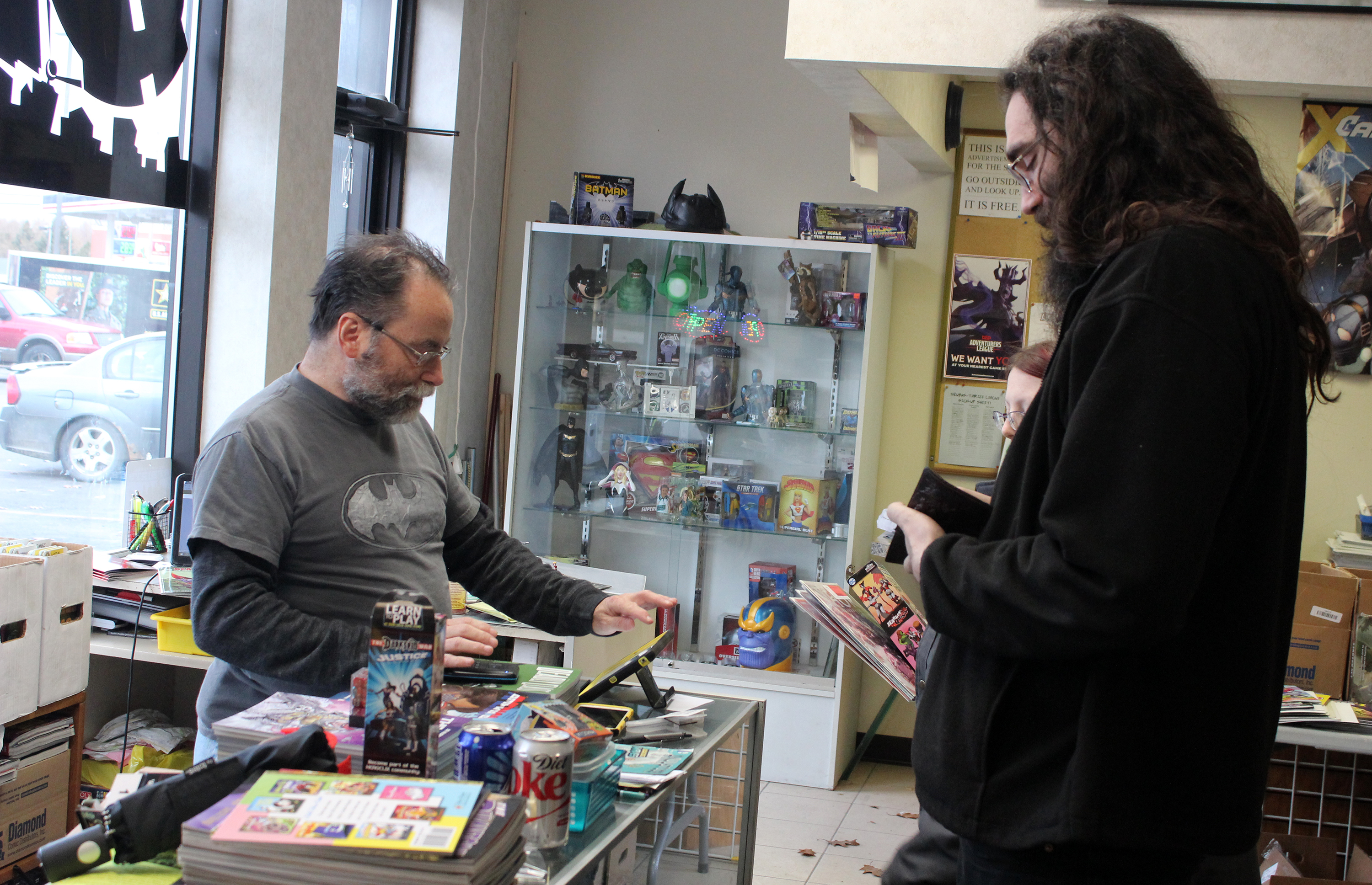 Why?  “Because it’s unique because it’s an easy thing to get into. It’s an art form, it’s a fast read, it’s an ongoing thing. You have these characters that have been around for decades.”

Shuler said that for anyone starting out reading comic they shouldn’t go ‘to the caps’. 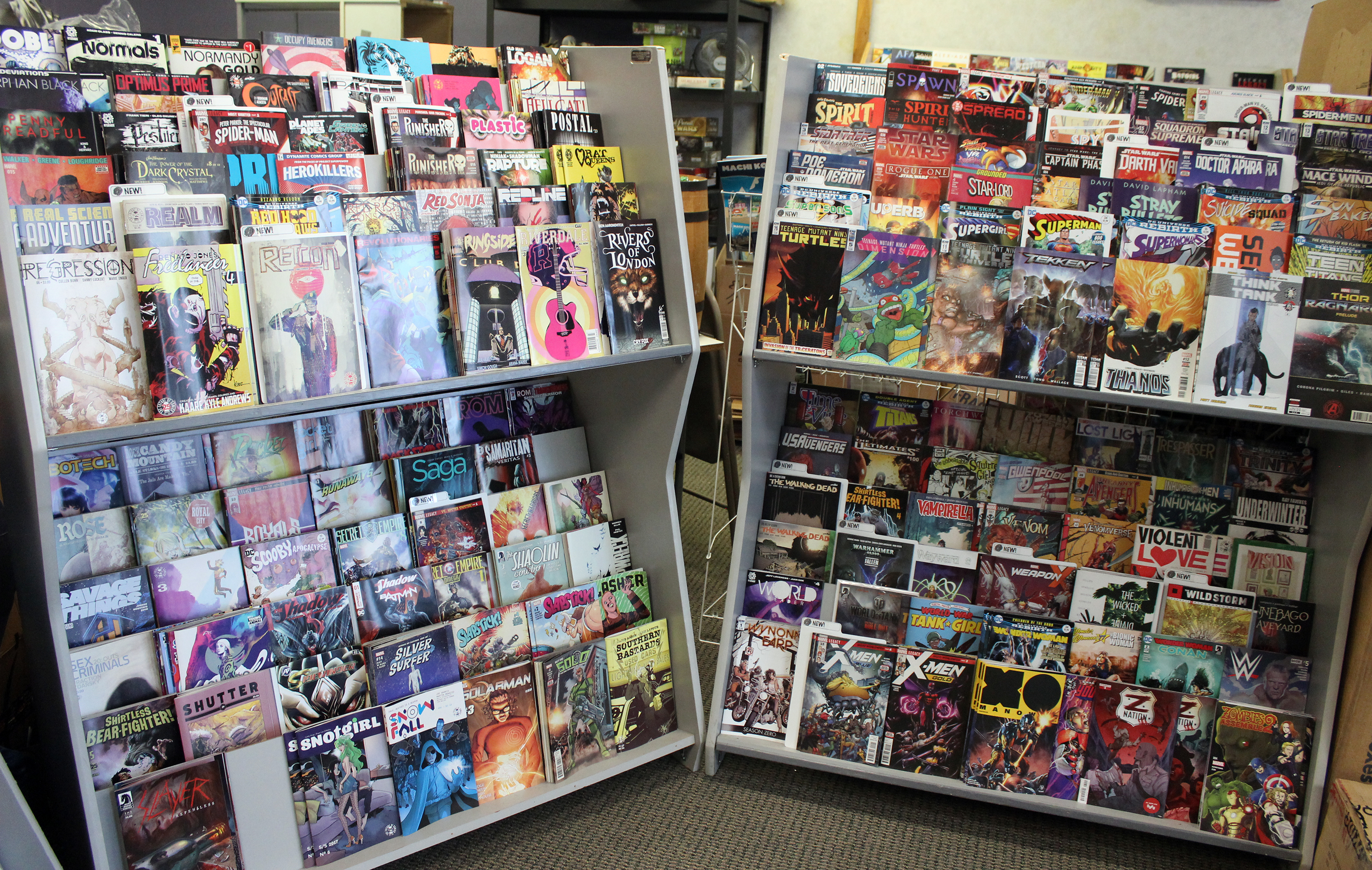 “(Marvel and DC comics) are a really daunting process to get into something that is older than your grandfather.”

He said that there is a disconnect between the Isabella County community and the students at Central Michigan University. He said that more college students should read comics. 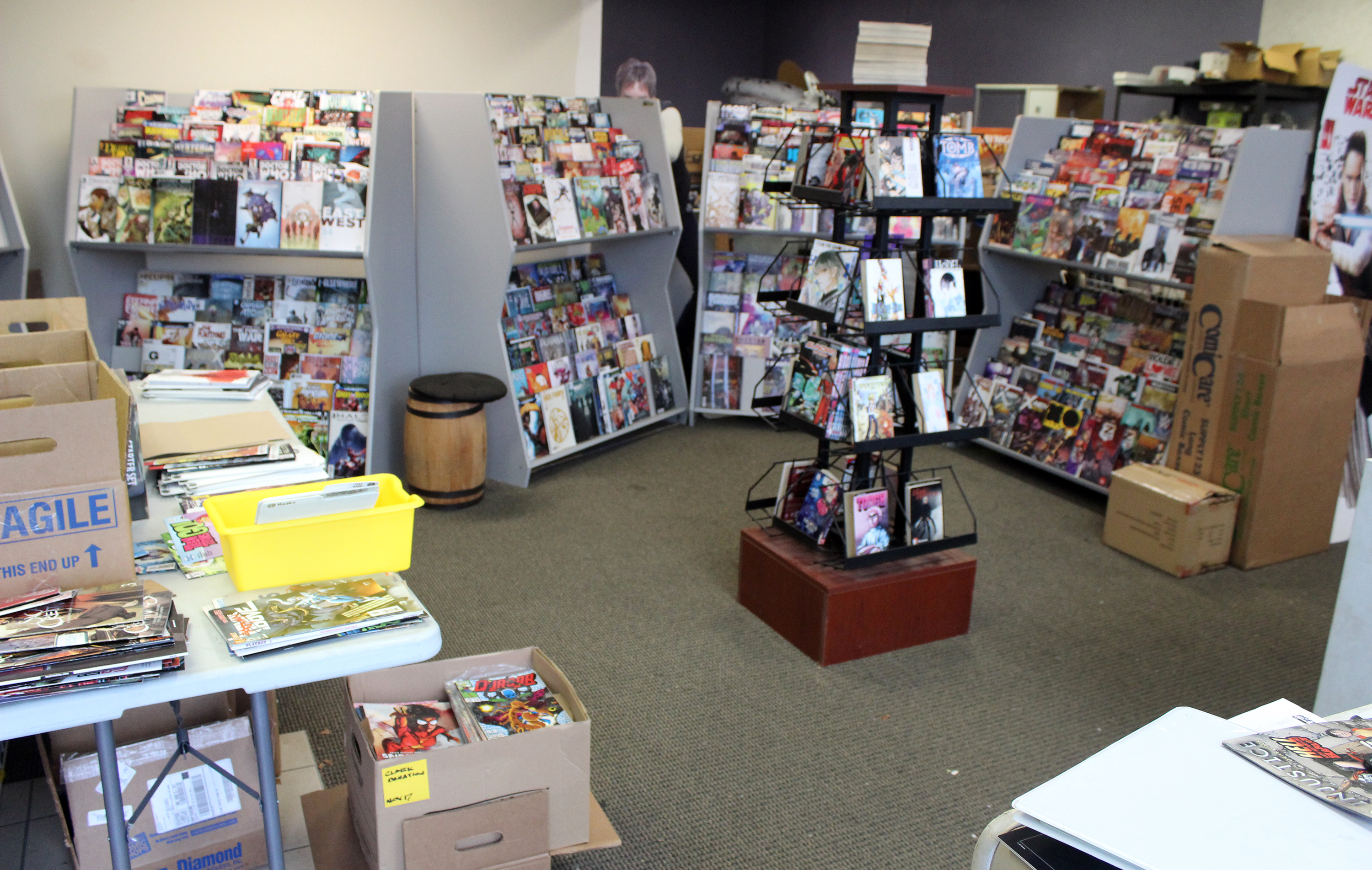 “It’s a great way to distract yourself from all the stress that you’re going through and it’s something that you can share with your parents,” he said. “You pick up a comic book and you’ve been taken away for 20 minutes.”