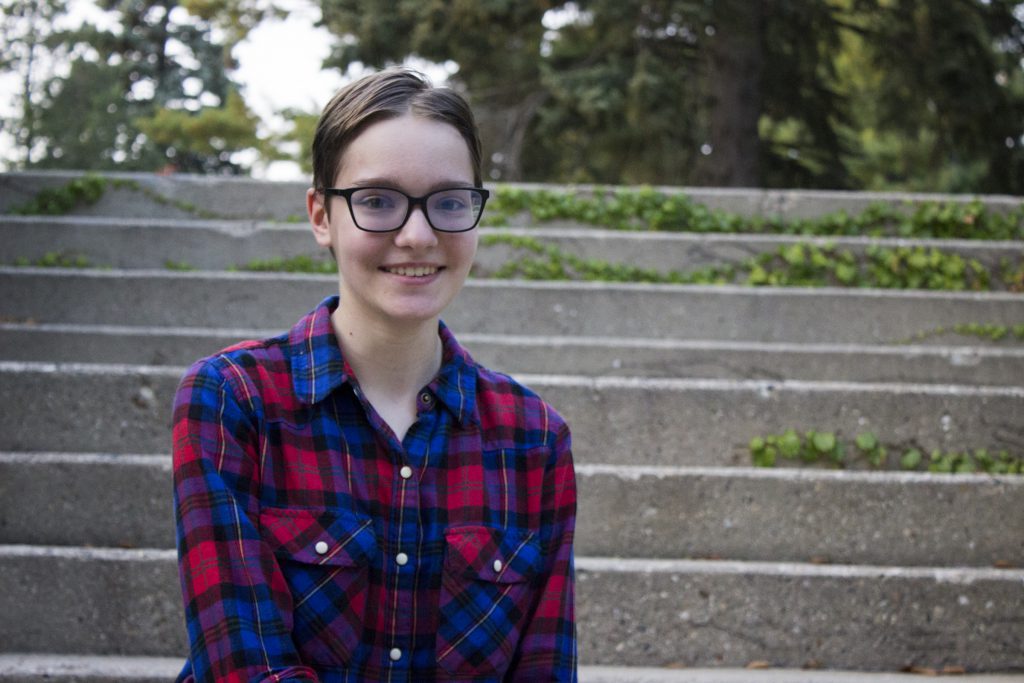 A conjunction of the words costume and play, cosplay is the practice of dressing up and role-playing as characters from movies, books or video games. Carrie York, a freshman from Harrison Township, Mich., was drawn into cosplay by the influence of pop culture.

“I was fascinated with Lady Gaga and Nicki Minaj as performers and how their outfits and style made them very unique in the music industry,” said York. “From that, I wanted to create costumes that will wow and amaze everyone.”

Cosplay features a wide variety of competitions, in which cosplay designers like York can display their work to be worn by cosplay performers, whose job, effectively, is to play the role made by their costume. York has participated in over five competitions, and taken first and third place in a few, as well as even winning tickets to other competitions and cash prizes.

According to York, cosplay design is a stressful, but still rewarding investment. Her costume production varies: she typically completes a costume in a week to eight months, using assorted fabrics such as organza, cotton and lace.

“While the hardest part of cosplay design is investing a ton of time on the detailing of the costume, its finished product and the way the costume stands out is truly the greatest experience ever,” York said.

The Growing Impact of Cosplay

According to York, everyone and anyone can participate in cosplay whether as a designer or performer, and it doesn’t require a lot of past experience to start.

“Cosplay is such an amazing experience as it is an great environment for everyone, like myself, to express their creativity and to meet new people,” York said.

York plans to be a part of Central Michigan University’s theatre productions like “Spring Awakening” and “The Rocky Horror Picture Show”, and aspires to be eventually admitted into CMU’s musical theater program. In order to do this, York considers cosplay as a way to give her the head start she needs to successfully pursue her dream in being in theatre.

“When I made my first ever cosplay costume, everyone was so amazed by the work, as they wanted to take pictures and learn how I made such a great costume. That experience truly means a lot to me, and is how I fell in love with cosplay. I can’t imagine my life without it.”