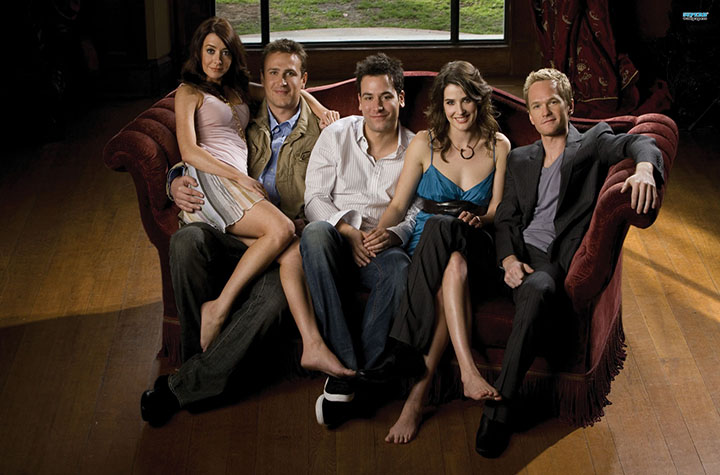 Nine legen … wait for it … dary years. “How I Met Your Mother”, the popular CBS sitcom that started in 2005, came to a close on Monday night with a disappointing series finale.

Warning: Spoilers are coming up.

The show tells the story of how Ted Mosby meets the mother of his children — a nine year long story — and the crazy adventures he shares with best friends Lily, Marshall, Robin and Barney.

During the past 200 episodes or so, viewers have laughed and cried with the characters on the show, and there have been plenty of highs and lows.

Everyone was overjoyed when Robin and Barney announced they were going to have a child together until, of course, Robin found out she couldn’t have a child. It was hard to watch her come to the realization that she did want a family of her own, but then was not able to fulfill her desire.

Despite these wrenching episodes, “How I Met Your Mother” is mostly a show with happy moments. It’s just that the writers loved sneaking in those scenes that will leave a person down and thinking.

Relationships are the main focus of the show, and there have been some memorable ones. Lily and Marshall were the engaged couple who broke our hearts when they split up, but in the end, they found a way back to each other.

Ted, who has been through so many ups and downs with relationships in the series, was in love with Robin. They broke up at the end of season two, which made some happy because they were so different and might not be right for each other.

Barney, who is by far the best character in the series, has been the most to change and grow up. He was the ladies man and players to hook up with over 200 women, something he was very proud of. One of those women just happened to be Robin.

He then realized he was in love with her, starting the on and off love triangle between Robin, Ted and Barney. Barney won in the end and the two end up married. It was just cool to see this adult character grow up through out the series.

“How I Met Your Mother” has also gifted audience with various gags and songs. “It’s going to be legen-wait for it-dary!” became Barney’s key phrase and an iconic expression in popular culture.

Then there was the slap bet, which gave Marshall five slaps that he could hit Barney with at any time, and the song that came with it.

“How I Met Your Mother” has been memorable in so many ways, and it is going to be hard to say goodbye to such a funny sitcom.

Last night was time to say goodbye to the beloved show, and the writers tore out our hearts. It was the most upsetting hour for anyone watching the show.

People who fell in love with Barney and Robin were seriously let down. We get to watch this amazing wedding and then, not 10 minutes into the show, the pair decide to get a divorce.

The finale felt so poorly constructed. There were some heartwarming moments, like Barney seeing his newborn baby for the first time and Ted marrying the mother. We saw these characters finally grow up, especially Barney, and then suddenly, he divorces and becomes a ladies man again. It was out of character with the new person Barney had finally become.

Robin becomes very selfish and deserts her friends, which is not like the character we knew and loved.

Marshall and Lily, especially in the second half, are rarely ever seen and their story felt very incomplete.

Then the mom, who is named Tracy, dies, and Ted finishes the story. His kids realize he is in love with Robin and that he should be with her. It had been six years since she had passed.

Long story short, he steals the blue french horn, again, and ends up with Robin. It was heartbreaking and angering to the Barney and Robin fans.

It was also rushed. Everything jumped ahead of time way too quickly. It was, in general, a very weak finale. Still, it was hard to say goodbye and there are moments that will have fans in tears.

Every story must come to an end.