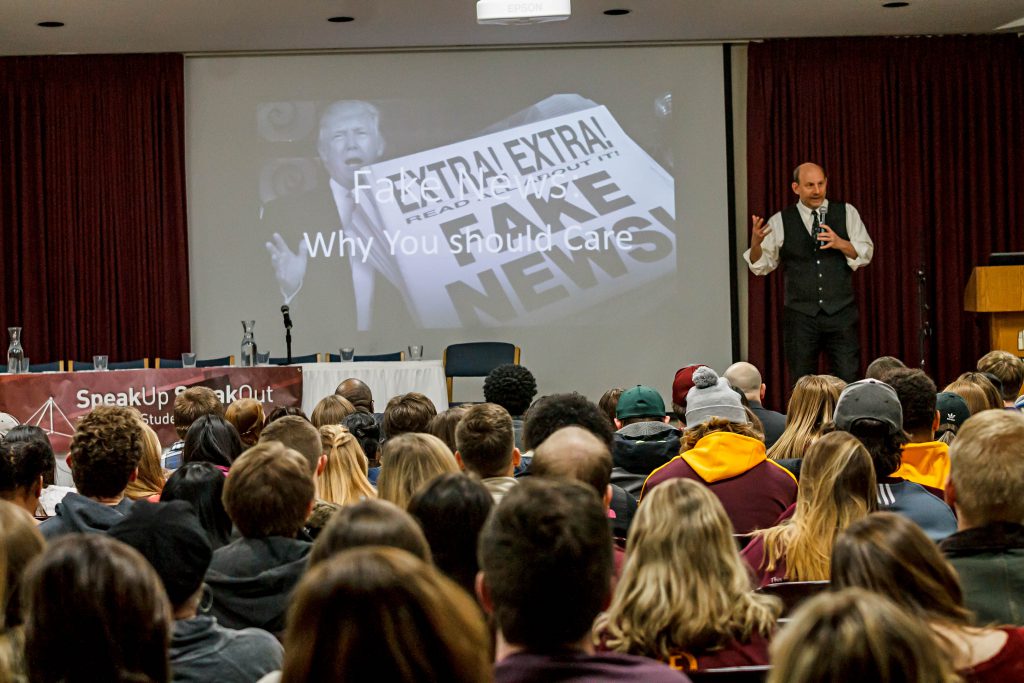 Fake news: a phrase that has become all too common since the 2016 presidential election. Unfortunately, the “fake news” phenomena began long before anyone was aware of the situation. It began on social media.

In the last few years more and more people have been consuming their news through the Internet and social media networks, but it wasn’t until recently that receiving news so easily was considered potentially dangerous.

How to Spot Fake News on Social Media:

When the 2016 presidential race started to pick up steam, news stories and articles that were seemingly credible found their ways into the minds of those who blindly believed what they were reading. But those people couldn’t really be blamed. Who could have foreseen such an assault on the press, American citizens, and the democracy?

Those articles spun words to make the public believe rumors and lies about the presidential candidates. There was so much fake news circulating on sites like Facebook and Twitter that by the time the issue was brought to the forefront of credible news sources, it was too late. The damage had been done.

After Donald Trump was elected president of the United States, the phrase “fake news” took on a whole new meaning. While fake news is still a dangerous phenomena, it is also the phrase that certain people use to target and wrongfully discredit credible news sources when faced with facts that they consider a personal opposition to their beliefs.

Fake news, as an accusation, has become an outright attack on news organizations and the freedom of the press.

Luckily, Central Michigan University faculty, alumni and students of the journalism department are working to combat these attacks through education and open discussion.

One such discussion took place Jan. 24 in the form of a “Speak Up, Speak Out” panel called “Fake News: Why you should care.” This panel was proposed and moderated by CMU journalism professor Edgar Simpson.

“The ongoing assault on truth, shared facts, and shared meaning – if continued – will mark the end of a republican form of government as we know it,” Simpson explains. “If the people are to be in charge, as our system demands, then they must have access to accurate, truthful information form a variety of viewpoints. This allows them to make reasonable decisions about who should be in charge. If we only read, watch or listen to that with which we already agree and everything else is fake news, we are lost.”