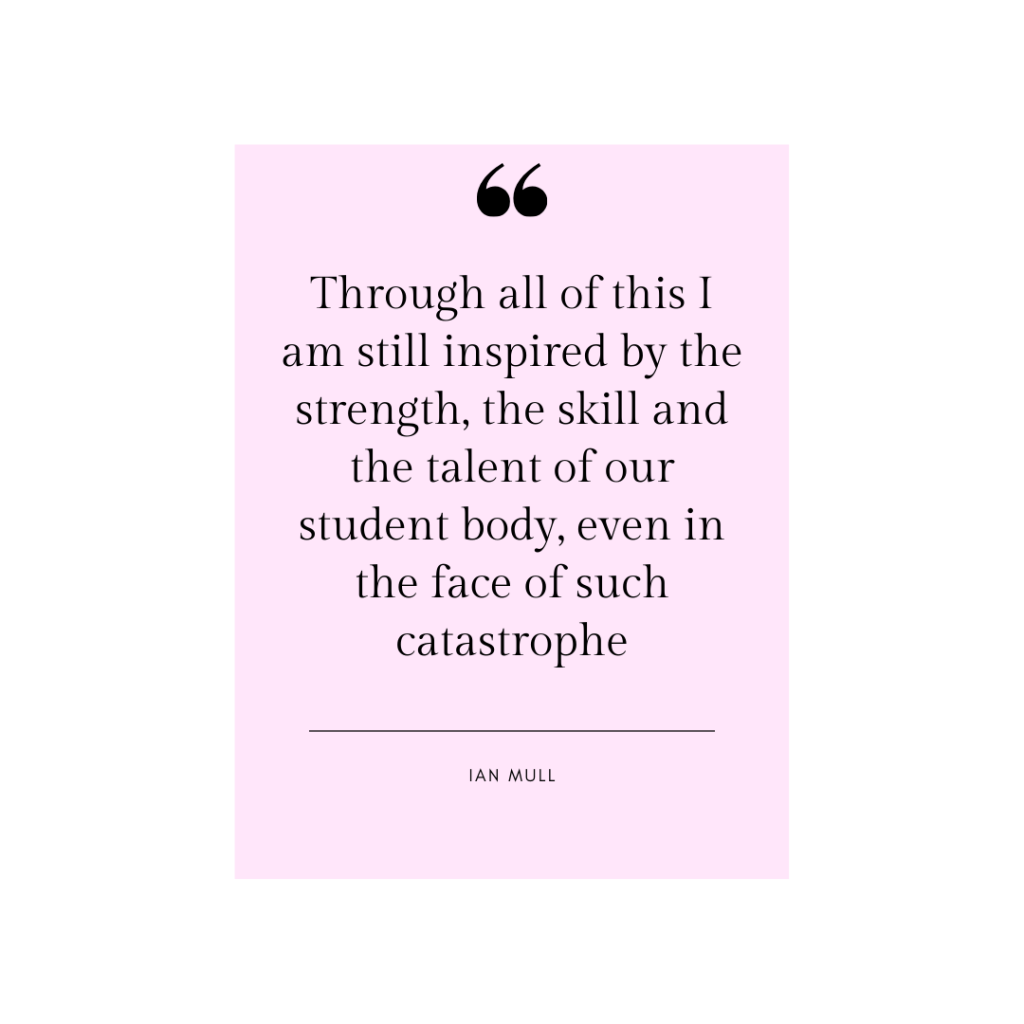 The Central Michigan University Threads Fashion show has cancelled what would have been its 22nd run due to the COVID-19 pandemic.

CMU professor and Threads faculty advisor Ian Mull says he was hopeful at the start, but ultimately decided to cancel the show. The announcement of the cancellation was made on the Threads Instagram page on March 19, just two weeks before the day of the show, which was set for April 4.

The final decision was made out of a concern for the health and safety of students, faculty and Threads team members.

When news of the coronavirus began to circulate in January of this year, Mull was not expecting it to interfere with the show.

“All of January, and most of February, we were pretty certain that the show  was going to go on,” Mull said. “We didn’t have an idea that, you know, this would turn into a worldwide pandemic.”

It wasn’t until two weeks before CMU’s spring break that Mull and his team considered that the virus might become an issue.

Before CMU President Robert Davies announced that the remainder of the spring semester would move to online, the plan was for students to return to campus on April 6. This presented the issue of relocating the show, which Mull says would have been a big challenge.

Mull and his team started to consider the alternatives, like doing a virtual show, but this also proved to be difficult.

“There’s 120 models. There’s 25 designers. So, to put on a virtual show of that scale, in lockdown, would be almost impossible to arrange,” Mull said.

During the drawn-out process of deciding whether or not to cancel the show, Mull says that he was in constant communication with his team. The show was their vision, and he says he stayed aware of how disheartening this situation is for the students who worked so tirelessly to make the show a reality.

Despite the project being cancelled, Mull still wanted the Threads team to have an opportunity to display their work and creativity.

Each year, a program is released along with the show that highlights the designers and their inspiration for their respective clothing lines, as well as images of their pieces. A smaller scale version of this program will still be released by the end of the semester.

“The show was going on for 21 years, this would have been our 22nd year, and I wanted those designers to have a place in that history,” Mull said. “I wanted them to know that their work, even though it wasn’t shown on a runway, would be preserved in time.”

The loss that was experienced from cancelling this show was emotional as much as it was financial.

Mull says they were lucky enough to not lose much financially. The show is paid for by ticket sales, and several fundraisers are held throughout the year to get funding, as well as receiving funding from sponsors. The Threads team also orders merchandise to be sold at the show each year, and luckily, product that was purchased and could not be returned will be available for next year’s show.

The greatest cost for Threads team was not monetary but was rather having to give up a project that they were so passionate about. Mull says that cancelling the show was wavering.

Mull also expressed his sadness for the designers whose opportunity to show their work was taken away from them after the investment of so much time, money and creativity.

Even through the heartache of cancelling the show, Mull has found silver linings in this tragedy, one of which is the team’s ability to deal with disaster.

“We learned how to cancel a large scale event. And whether it was from the pandemic, or it could be weather, or it could be from other situations, now I know what steps to take in case we do have to cancel,” Mull said.

The other silver lining that Mull has found is being able to see his students courageously move through this tragedy.

“Through all of this I am still inspired by the strength, the skill and the talent of our student body, even in the face of such catastrophe,” Mull said.

Mull has a strong belief that the next Threads team will be driven and inspired to make the production a success after having it abolished this year. He feels that the students will realize how fleeting the opportunity to have an experience like Threads is, and that as a result, it will spark the desire to work harder.

Mull said,”I believe that the next team will come in with fire in their bellies.”