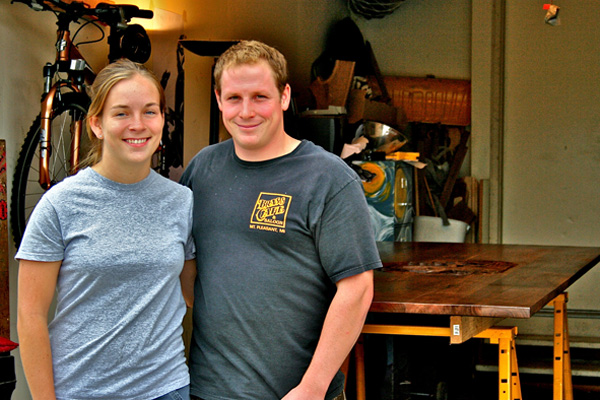 Mark Kozma has been creating ever since he was a little boy. His grandfather was a carpenter, and his father made gunstocks, so the senior from Cedarville was used to being in a creative environment. Kozma started carving figurines and other pieces out of wood when he was five-years-old and sold his first work of art, a wooden candle holder, at the age of ten. This later led him start Irons in the Fire, a business name he created for the making and selling of his pieces.

After graduating High School where he was actively selling his work, Kozma joined the Navy. He moved to Washington where he continued to create and sell his work by cosigning with many local shops in the area. By then he had already began working with a variety of mediums ranging from woods, ceramics and wire. He specializes in making sculptures, pots, carvings and hair sticks, which he says are popular.

After the navy, Kozma came to CMU and had dreams of pursuing a career in Health Sciences. During his freshman year he decided to major in 3-D art. 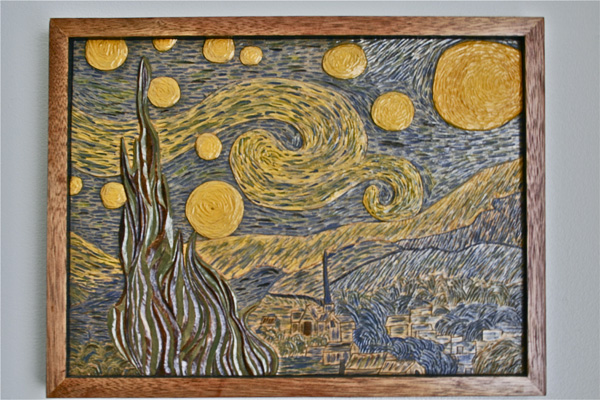 “I was always interested in health fitness and things like that, but art and creating things what was I always ended up coming back to,” Kozma said.

Now Kozma outsources to a variety of small boutiques, such as Emma’s and Art Reach, a co-op in downtown Mount Pleasant. This summer, Kozma dedicated his time to selling his art at a variety of different festivals and events, such as Skate Wars, the Mount Pleasant Arts and Crafts Festival and the Hessel Antique Boat Show.

Some of his work has even been shipped internationally, including a pair of nunchucks that were shipped to Germany as well as a wire sculpture of a diver that was shipped to Italy.

Kozma also does a lot of work for commission and sells many of his pieces to galleries in his hometown Cedarville and to various personal contacts who ask him to create specific things for them.

“I get calls all the time from people just asking me to pitch a few ideas to them, and if they like it, I make it and sell it for an agreeable price between me and that person,” Kozma said. 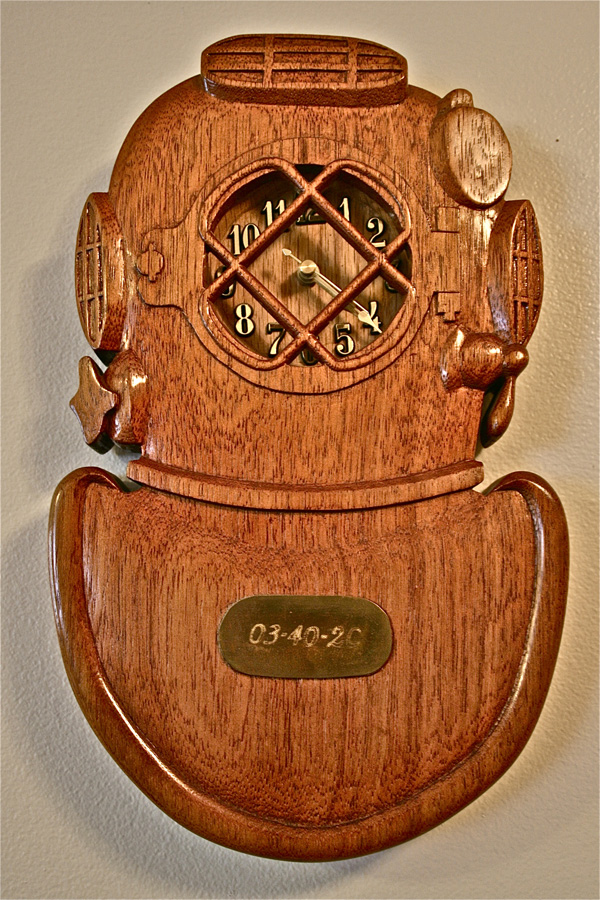 When taking into consideration the price, Kozma said it is all about the quality of the product, as well as the time he has to dedicate to it, and even admits that he has had to turn down people’s requests because their price was too low.
Many of Kozma’s materials, such as big scrap piles of wood, are donated to him. Recently, Kozma received a call from a friend who works for Miami Homeland Security, who asked him if he could create a table for him. Kozma has been working on the 4’x10’ conference table made of walnut wood with the Miami insignia carved into it for the last six weeks, and said it will take another week for the table to be completely finished.

Ideally, Kozma said he would love to eventually have his own studio where he can distribute his work to various clients by appointment.