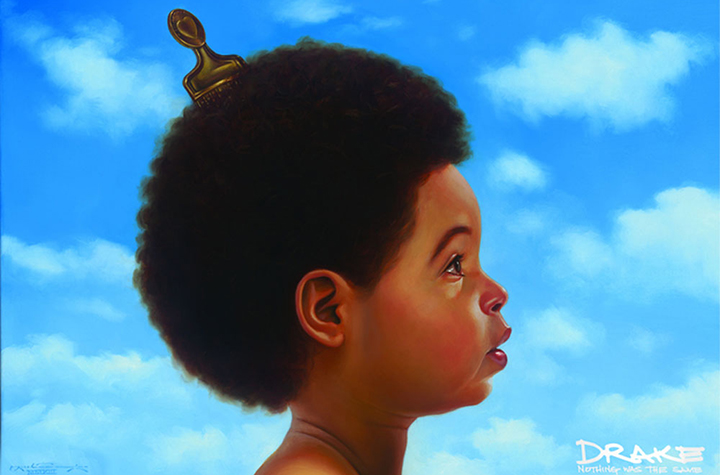 2013 has already come to a close, which means everyone will be giving opinions on what was the best of the year until award show season is finished. Music is always an important part of that discussion, so here are 10 great albums released last year:

“Damage” was released June 11, 2013 and is Jimmy Eat World’s eighth release. Like most of the bands work, it is a mellow record that is great to do homework to.

Best track is “I Will You Steal You Back”, offering a very similar sound to one of the band’s past hits, “Bleed American.”

“Crash My Party” is Bryan’s fourth release, released August 13, 2013, and it isn’t his strongest. Even so, it was one of the best country albums to be released this year. It contains several catchy and worthwhile songs–the usual from Bryan.

Best track: “Play it Back”

Most people would argue that this album–the seventh, for West–should be ranked higher. It is a strong album but not one of his best, in my opinion.

Best track: “Bound 2” has gained recent notoriety due to the music video and, as we found out, comedians love making fun of it.

After a five year hiatus, Fall Out Boy released “Save Rock and Roll ” on April 12, 2013It was nice to see this band come back, even though the new album is no “From Under The Cork Tree.”

Best track: A toss-up between “The Phoenix” and “Save Rock and Roll.”

The most controversial and talked about album in 2013 was “Bangerz.” Many people had issues deciding whether they should like it or not. This Cyrus’s fourth album, and she really shows that she can actually sing.

Best track: Her talent is most evident in the single, “Wrecking Ball.”

5: “Nothing Was The Same” by Drake

Drake has continued to prove that he is more successful as a hip-hop artist, rather than an actor. “Nothing Was The Same” was released September 20, 2013, and is Drake’s fourth album.

Best track: “Started From The Bottom”

4: “Common Courtesy” by A Day To Remember

Fans had to wait three years for ADTR’s next album, and we were all happy with how it turned out. “Common Courtesy” was released October 8, 2013 and is the bands fifth album and the best record they have ever put out.

3: “Midnight Memories” by One Direction

Fan-girls and guys hotly anticipated One Direction’s new record. As part of the fan-girls, I was nervous for this CD to be released. As it turns out, “Midnight Memories” is by far their best album and really demonstrates that boy bands can do whatever type of music they want, adding in many more elements and making powerful songs.

This is a two-part album, but the first part is the best. Justin Timberlake made a surprising return to music after a seven year break from the industry. “20/20 Experience” proves to many naysayers that he can, indeed, be an actor and a singer.

This album was a big moment for Paramore: they had a lot to prove going into the release, were short two people and still managed to create a successful and rocking album. “Paramore” was released April 9, 2013, and is their fourth album. They managed to keep the quality of the songs, while also experimenting with new influences and sounds.