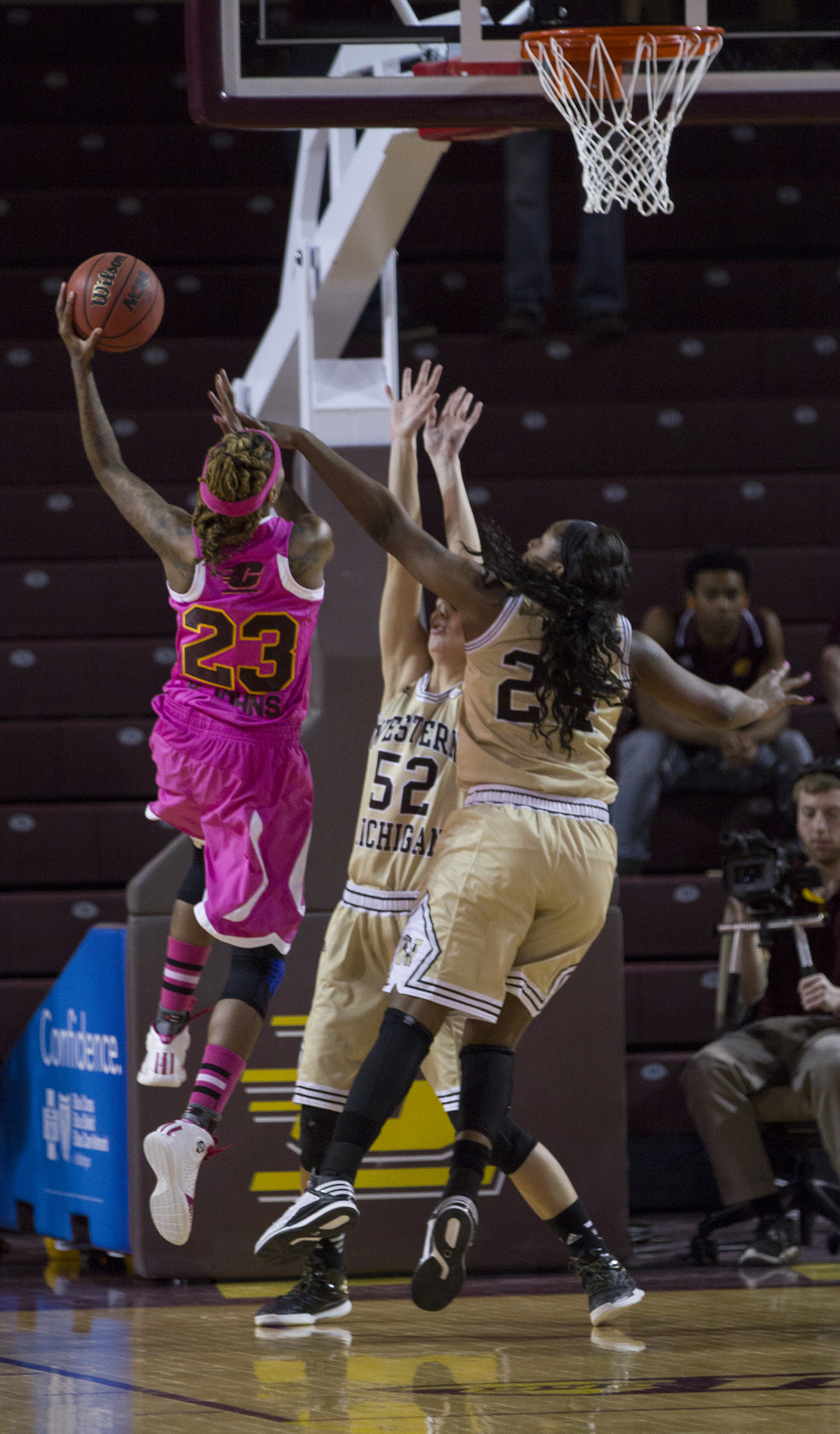 Crystal Bradford has made history time and time again during her time as a Chippewa.

Not to be forgotten, she is also third in steals and fourth in rebounds.

Bradford added perhaps her most impressive and noteworthy achievement yet: becoming the first women’s basketball player from Central Michigan University to ever be selected in the WNBA draft, as she was selected seventh overall by the Los Angeles Sparks.

Playing at the next level was a goal Bradford had in mind when she first stepped onto CMU’s campus, and throughout the last four years, she has consistently shown why she has the talent and work ethic to play professionally.

Bradford has the ability to play in the post, both offensively and defensively. She can guard a team’s best perimeter player using her length and quick feet. She can run the fast break or operate as almost a point forward with her ability to handle the ball and elite court vision.

She is skilled in so many ways that she was still chosen seventh overall out of a mid-major college, despite her knee issues.

As multifaceted as Bradford’s game is, she isn’t above needing to make improvements, as she often took too many shots from beyond the perimeter for someone who shot below 30 percent from beyond the arc for her career.

However, many of those long jump shots that would make analytics-driven people go mad were taken out of necessity; simply put, throughout her career, Bradford was often CMU’s only player who could create her own shot offensively, and sometimes that resulted in others deeming her shot selection questionable.

Now, at the professional level, Bradford won’t be asked to do nearly as much on her own. She joins a team that includes WNBA mega-star Candace Parker (21.5 PPG in 2014), as well as three other double-digit scorers from 2014.

Of course, Bradford’s role as a member of the Sparks is yet to be defined, but the versatility she displayed at CMU showcased that she can fill various roles that may be needed on a basketball court, whether it’s to guard a team’s best player in the closing seconds, or take the ball hard to the basket on a drive for the win.

Bradford was the 15th ranked player in her high school class of 2011, and chose CMU over the likes of Michigan State University, West Virginia, Auburn, and Louisville because she wanted to create her own legacy with the resources available as a Chippewa.

She certainly created her own legacy in the maroon and gold, and she’ll no doubt make her alma mater proud on June 6 when the Sparks open their season against the Seattle Storm.

Now, the challenge is to create a name for herself in the WNBA, the highest level for women’s basketball in the world. As long as Bradford’s health holds up, her last four years as a Chippewa should show everyone that she is just getting started as a basketball player.