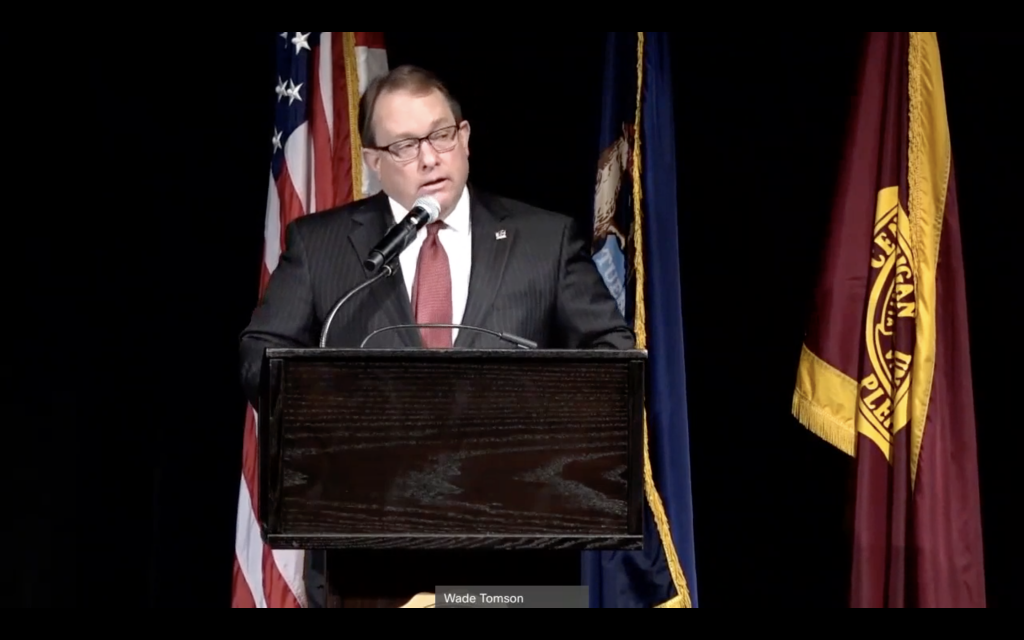 Story and photo by Ricardo Martin

The service took place at the Plachta Auditorium in the Bovee University Center and featured a number of students and faculty who spoke on the life and legacy of Dr. Martin Luther King Jr. Hundreds of Central Michigan University students and community members attended online to participate in the celebration.

In years past, the service took place inside of Finch Fieldhouse and would include a breakfast for those in attendance. However, due to the current COVID-19 restrictions, the service was moved to an online format.

The service opened with a message from President Bob Davies, who spoke on his privilege and the university’s plans to continue promoting diversity and inclusion at CMU and supporting students of color.

Following Davies was the Director of MASS, James Span Jr., who spoke on Dr. King’s legacy and encouraged the audience to follow in his footsteps.

“What better way to honor him and his legacy then to take a page from his book and do your part,” Span Jr. said. “For if not you, then who and if not now, when?”

The service concluded with a message from Stan Shingles, interim vice president and chief diversity office, who spoke on his personal experiences growing up the west side of Chicago in the 1960s and witnessing the Chicago Freedom Movement led by Dr. King.

“I witnessed an entire neighbor set on fire, smoldering in chaos and despair, leading to racial and civil unrest.” Shingles said.

Shingles says he learned about Dr. King’s assassination that night, and his inability to understand what was going on due to his youth. Over time, he says he developed a drive to service his community and make the world a better place.

Shingles concluded his speech by encouraging students to use their scheduled day off to learn about Dr. King and how they can make a difference on CMU’s campus.

“Make service a core part of who you are, what you do and more importantly, make it your purpose.” Shingles said.