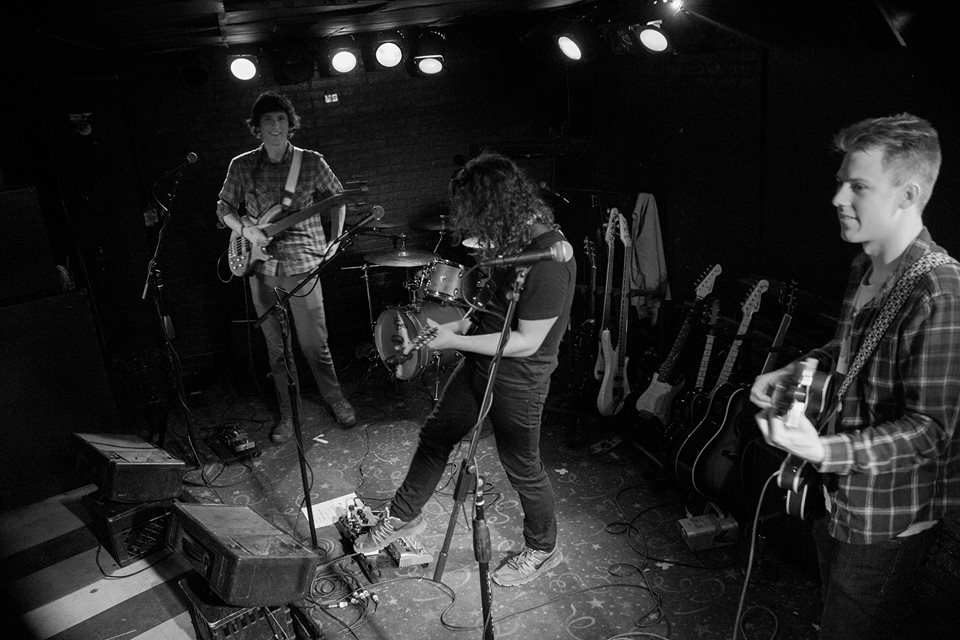 His face glistens with sweat as the overhead lights shine on his face. His curly mane flips and whips as he throws his head around – the only thing loose during his guitar solo. His arms are tense, one slammed straight into place on the chords, the other glued to his side, fingers gracing the strings in an endless pursuit of closure.

Austin Wirgau, a senior from Algonac, Mich., is the singer and lead guitarist of The Red Wires, and gives the set a continuous amount of electric energy.

The audience of Rubbles in downtown Mount Pleasant is packed with college students and residents enjoying the music, some even up and dancing.

“I don’t claim that we come to every show and kick ass every time,” Wirgau said. “No, we play really shitty shows a lot of times. But we decided we’re going to say ‘yes’ to everything right now. Because you never know if there is going to be 5 or 500 people or even who those people might be. Playing the show with my best is the most important thing.” 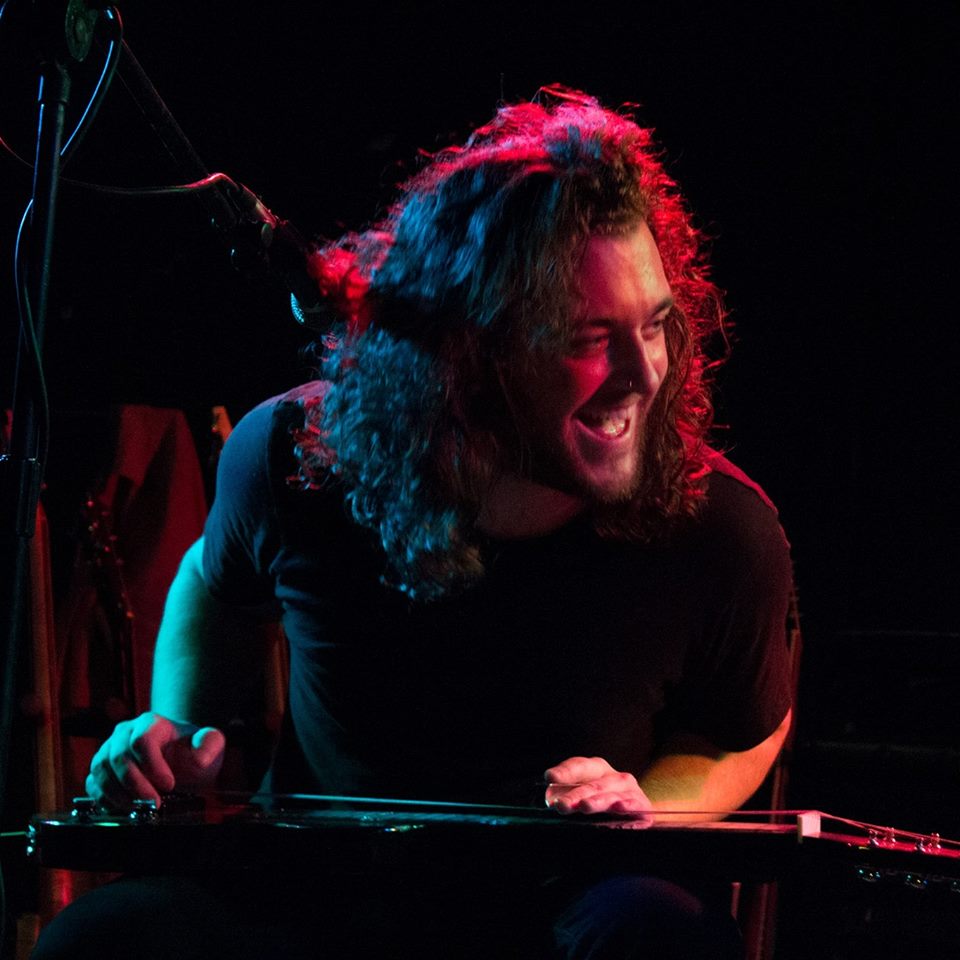 Their musical project conceived after a random meeting at a house party and a few fun, yet productive jam sessions. Their name ‘The Red Wires’ comes from the idea that someone would never cut the red wire of a bomb.

Beneath the improvised guitar solo, Michael Bologna, a graduate at Central Michigan University from Holt, Mich., adds the beat, his wrist flicking with the intensity of Wirgau but maintaining his rhythm. His face is unchanged by the intensity of the song, his only movement is a quick run of his hand through his hair or an adjustment to his hat.

On first guitar is Andy Krafchak, a CMU graduate from St. Clair Shores, Mich., who also sings for the band. His calm attitude and overall enjoyment of the instrument is shown in his precise guitar performance.

Finally, there is bassist Jeff Menke, a senior from Cedar Springs, Mich. Often rocking a button up and business facade during shows, his outward appearance shows nothing of the musician inside. Menke is the silent partner – he knows his beats while also throwing down a trance-inducing solo here or there.

But Wirgau wasn’t always the centerpiece of this band.

“We were actively looking for someone to take the lead vocals spot but we met Austin at a party in the spring,” Bologna said. “We started actively doing covers and people actually enjoyed what we were doing, so we turned it into something serious. Some people like to have music that is relatable and that they can understand, not just a jam band. I think that is kind of our goal.”

Although The Red Wires are now performing on stage at Rubbles, they began at ratty, beer soaked house parties. The band won’t soon forget the atmosphere of performing for people ready to party.

“Someone can run up on stage at Rubbles and they get kicked off,” Krafchak said. “But at a house party, the drunk girl can come through, try to grope you four times, knock over a mic stand and there is no one there to stop it. People yell in your microphone things like ‘get laid’ and some guy always asks if he can rap, every time.” 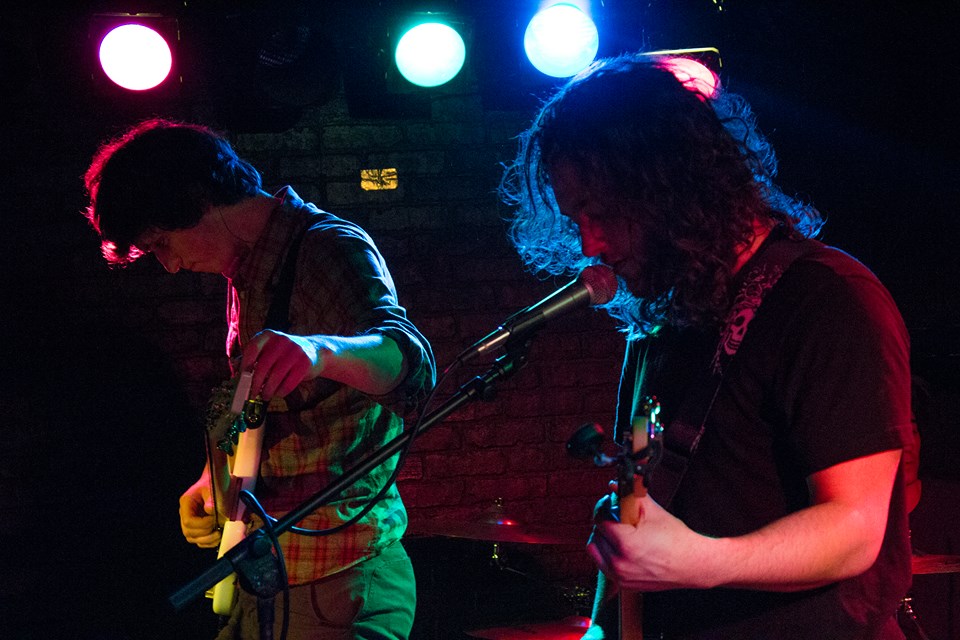 The band has nostalgia of their former days in far-from-glamourous Main Street living rooms, but now prefers the reputation that comes with performing for not only students, but locals combined. The Red Wires tries to put on a local show every month or two to keep people interested. The band performs consistently at Rubbles, unless there is a special event.

“There are a lot of bands that have historically played [at Rubbles],” Menke said. “The Red Hot Chili Peppers played there in ’84, The Black Keys in ’05 and Cage the Elephant played in ’08. All the music people in Mount Pleasant seem to go there. We aren’t Van Halen, but maybe close.”