In the first of its kind gracing Mount Pleasant, the Middle of the Mitt festival kicked off St. Patty’s Day weekend in the Wayside parking lot with live music, crowds and of course a plethora of craft beer.

The event brought together an astounding 21 local bands, performing both inside the heated tent and inside Wayside.

Brewery-wise, the event held a full draft assortment of around 40 beers, ciders and meads on draft, with additional 40 in bottles available for sampling. Here are a couple of our selections from the festival: 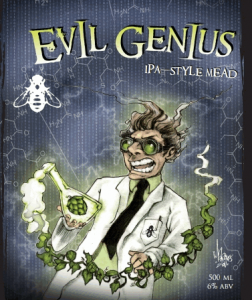 A Dry Hopped Mead, which was a bit of a deviation from everything else offered at the event. A bit overly sweet for most beer drinkers, but definitely a milder mead, due in huge part to the dry hop addition, giving it an almost dandelion-green aftertaste, which took a bit of getting used to.

A bonus was that this was one of the few items available on draft, yet I’d still suggest getting it in its bottled form. Something about drinking mead from draft was a bit off putting in terms of flavor. Considering the taste of bottled versus draft Evil Genius, I’d highly suggest picking it up.

A Cherry Cyser, cyser being a mead created using apple juice instead of water, that has to rank up there with some of the top drinks I’ve had, and is in my book the mead to beat. It’s sweet, as a good mead should be, but with the addition of tart cherries to the mix, it makes it almost juice-like. There’s a reason this was the first item at the event to run dry; very drinkable and with a good kick to it.

To put it bluntly, it tasted like soy sauce and was decent enough for us to finish our sample but not quite drinkable enough to make us consider a second sample. I’d give it points for creativity, considering there are few breweries who have done decent peanut butter beer, but sadly the chocolate was missing from the beer, making it taste more like some kind of Chinese food versus a Reese’s cup flavor they were aiming for.

Previously, I’ve had a couple bourbon barrel and oaked IPAs, and they’ve always fallen short, mostly due to the maple and vanilla tones in the beer over powering the essence of an IPA, the hops. Yet, through using whiskey-oak barrels instead of bourbon, the bitterness of the hops is balanced by the barrel’s undertone, making an amazingly smooth yet crisp IPA. Seconds and thirds of the brew were had and it’s a shame you can’t find it bottled. 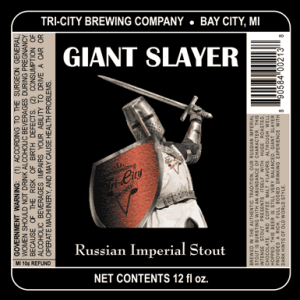 A interesting Russian Imperial Stout, with a lot more sweet than I’m used to when it comes to these types of beer. This is by no means a bad beer, but definitely a different take on a Russian Imperial, considering the smoky sweetness it brings is almost a milk stout level of flavor. My first beer from this brewery, and I thoroughly enjoyed it .

I honestly have never had a Double Red Ale before, and I’m not the biggest fan of the red ale style in general, but this beer was an exception. It’s sweet and malty, but that’s not all you taste. There’s a good amount of hops used to balance it out, and an almost raspberry fruitiness to the finish. The beer is a limited re-release of their 2007 version (626 cases in total were made,) and while having it in a bottle was awesome considering the limited status, this would be amazing to have on draft.