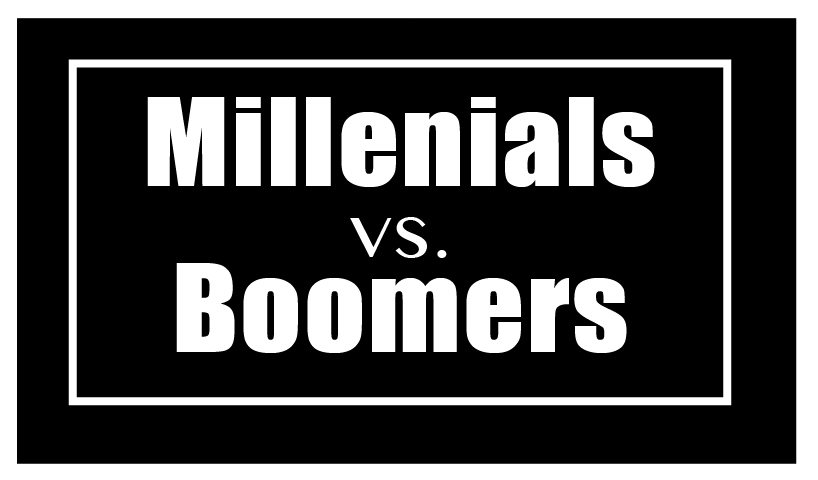 “We are in a transition.”

I’ve heard this phrase thrown around since I was a young boy. It’s not a lie, this world is constantly evolving – thus keeping us in constant state of “transition.”

People my age (18-30) are called Millennials or Generation Y. Depending on who you ask, we are sometimes referred to as a bunch of lazy and entitled ingrates.

But, what if I told you that the previous few generations made us that way?

Let’s scale back to the 1960s. It’s here, when we first see the counter-culture movement that resulted in “hippies” and the more liberal use of sex and drugs and don’t forget, Rock n’ Roll.

Shortly after that, leading into the 1970s, we have the “Me Generation,” as described by writer Tom Wolfe. During this period, we saw a focus on one’s personal health, an increase in therapy and other new-aged fads. The “Baby Boomers” (those born between 1946-1964) are people who took part in the age of self-help. What was happening then is happening now and we, Millennials, are getting slack for it.

Think of it this way. We were always taught that we could be anything, do anything and that we should look after ourselves. As the “future”, we should chase after our dreams and through hard work and true grit, we can achieve anything we want.

But, what do we need to reach our goals?  Money.

From what I see in the United States, we worship the almighty dollar, as if we have no other Lord. It feeds us, gives us shelter, helps us learn, covers the many experiences life offers – I could go on forever. But, inflation has brought us to a point where it’s near impossible to be self-sufficient while going to school and working a full-time job. And, once we graduate (years and years later) we’re neck deep into debt and cannot find a job because the Boomers have them all.

According to a 2014 analysis by CarrerBuilder.com, the number of jobs held by baby boomers grew 9 percent from 2007 to 2013, while jobs held by millennials have increased by .3 percent. That translates to a growth of 1.9 million jobs against 110,000 jobs. I’m certain it’s harder for the Millennials to find jobs, and that study backs up the claim.

But, honestly, I cannot blame the Boomers at all. They have to make a living just like we strive to do. We’re all humans who have bills to pay and mouths to feed.

The economy is still in recovery after the recession hit us in 2008. Social Security is wearing thin and they need a source of income, much like us. Companies are afraid to spend money on retirement and to hire in the next generation. Why? Who knows? I think it could be a distrust of Millennials or the idea of more experienced workers. But, what’s the official reason we do not get hired? Lack of experience.

How can we learn if we do not have the opportunity to get experience? Yes, internships are form of it, but you can only get so far as an intern. Interns are not put into a position that allows them to have the full experience that the job truly offers. As an intern, you learn, but once you’re pushed out of the nest with little instruction, how are you going to fly?

I believe there should be more opportunities for the next generation. What’s going to happen when the Boomers retire and become scarce in the workplace?

We should have a balance and allow Boomers to work with Millennials in order to move forward. The experiences of the Boomers combined with the ideas of the Millennials will lead to evolution in all fields.

Think about it – we have what we have now due to the use of old objects, mixed with new ideas. The telegram, in theory, brought forth the smartphone. Think not of the gap, but the similarities.

Boomers are like the telegraphs and Millennials are the smartphone – they come from different times, both are useful and they have led (and will lead) to more innovation.