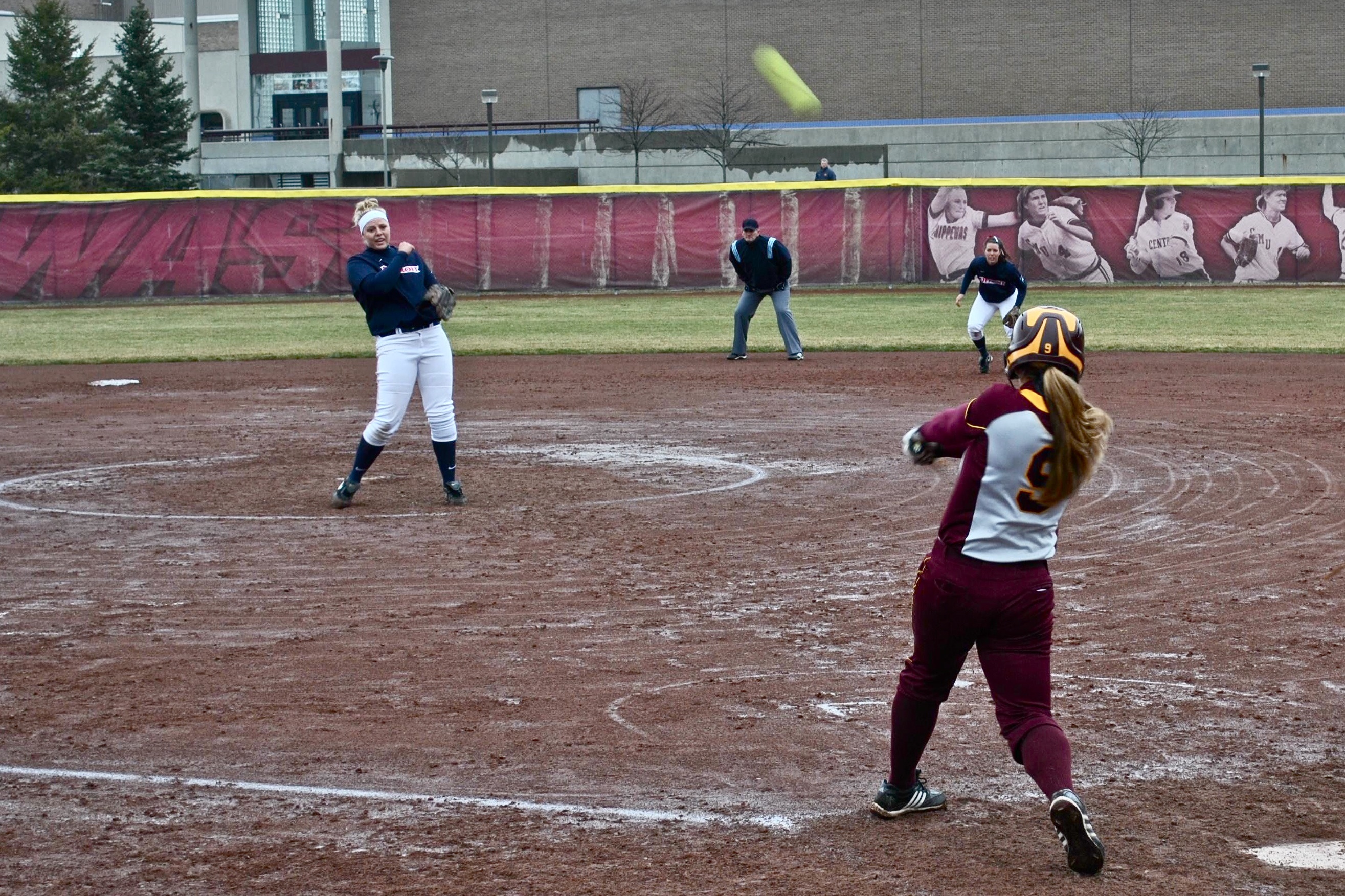 “It felt like a lot was building on my shoulders,” Coldren said. “I was kind of nervous but excited, I didn’t really think about it, the adrenaline got to me. It was a sigh of relief for me.”

A record of this magnitude could be attributed to many things and many people Coldren said. The first and foremost are the people in her life.

“I accredit it to everyone who has been in my life who’s helped me with my game and got me to this level,” Coldren said. “My parents, my former coaches, coach (Sami) Baugh has been a big influence on my hitting the past couple years, she changed a lot about it. Coach Jonker for having faith in me, my teammates for being behind me and everyone who I’ve encountered in my softball career.”

Coldren has seven home runs this season and appreciates her power but cares more about being a consistent hitter rather than just a power hitter.

“As long as I can be consistent with my hitting, that’s what I want,” Coldren said. “A home run (is) a home run but being able to get a high batting average is more important to me.”

With the record behind her and a six-game home stand ahead for Central, Coldren is focused on achieving the ulimate goal; a MAC championship.

“I want to help us get the MAC (Softball Championship) and get a ring on our fingers,” Coldren said. “As long as I keep hitting and our whole team keeps hitting, we’ll be in good shape.”

Coldren hit two home runs on the day, the first home run coming in a 10-0 rout for the Chippewas (16-12) over the Titans (5-21) in the first game of a doubleheader. The second came in the fourth inning of the second game which like the first contest was called after five innings with the Chippewas winning 11-0.

Central will return to MAC play on Friday when they play host to Toledo at Margo Jonker stadium. First pitch is scheduled for 1:00 p.m.