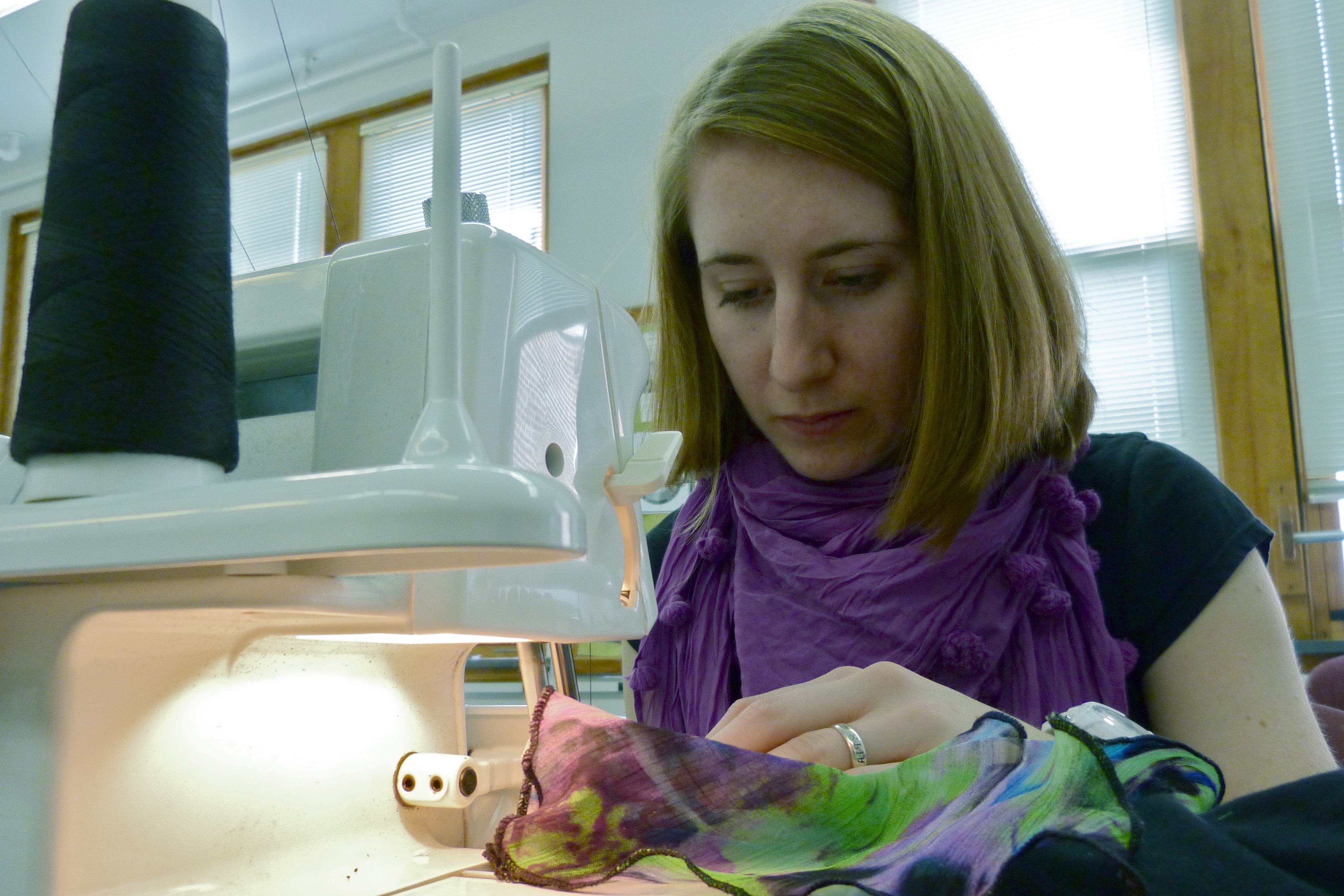 People often use nature as an inspiration in fashion design.

Jennise Thurston, a THREADS first year designer and an apparel merchandising and design sophomore, looked at nature more abstractly, finding water as an inspiration for her bubble silhouette dress.

While walking past Central Michigan University’s Celani fountain, Thurston came up with the idea for her two tiered bubble floor length dress for her fall/winter collection.

“It was what started my collection,” Thurston said. “It is definitely my favorite.”

The other three looks that Thurston will be completing emphasize surface shine.  The idea of using satin fabric came from how night light reflects off water puddles showing light and dark tones.

“I have always wanted to do something nature inspired,” Thurston said. “I just have always have liked water.”

She also found inspiration in waters movement and flow for fabric and shape design. Thurston described the rest of her silhouettes to be simple and similar to one another which she saw in a past spring couture line.

“I really like Christian Diors couture,” Thurston said. “It had a lot of the same silhouettes.”

Most of her designs pieces were patterned, draped and completed in the Wightman Hall sewing lab. Thurston also purchased commercial patterns which she used patterning techniques to change elements.

Thurston found all her fabrics and notions from Jo-Ann Fabric and Crafts, 4208 E. Bluegrass Road, and in Petoskey.

“I used some jersey knit, some other knit fabrics, more satin and a fabric called peachskin for the bubble dress,” Thurston said. “My color scheme is blacks, blues and purples.”

Before coming to Central, Thurston took a high school fashion design class, where she obtained her sewing experience. She has wanted to design since she was a freshman but due to class restrictions had to wait until her sophomore year.

Thurston hasn’t really thought too much about awards to apply for because she is more focused on finishing her work. So far she plans to apply for best construction, best first year designer and best runway presentation.

Thurston is very excited for the show because her family will be attending. She is most excited to watch all of her hard work and designs go down the runway on April 16.