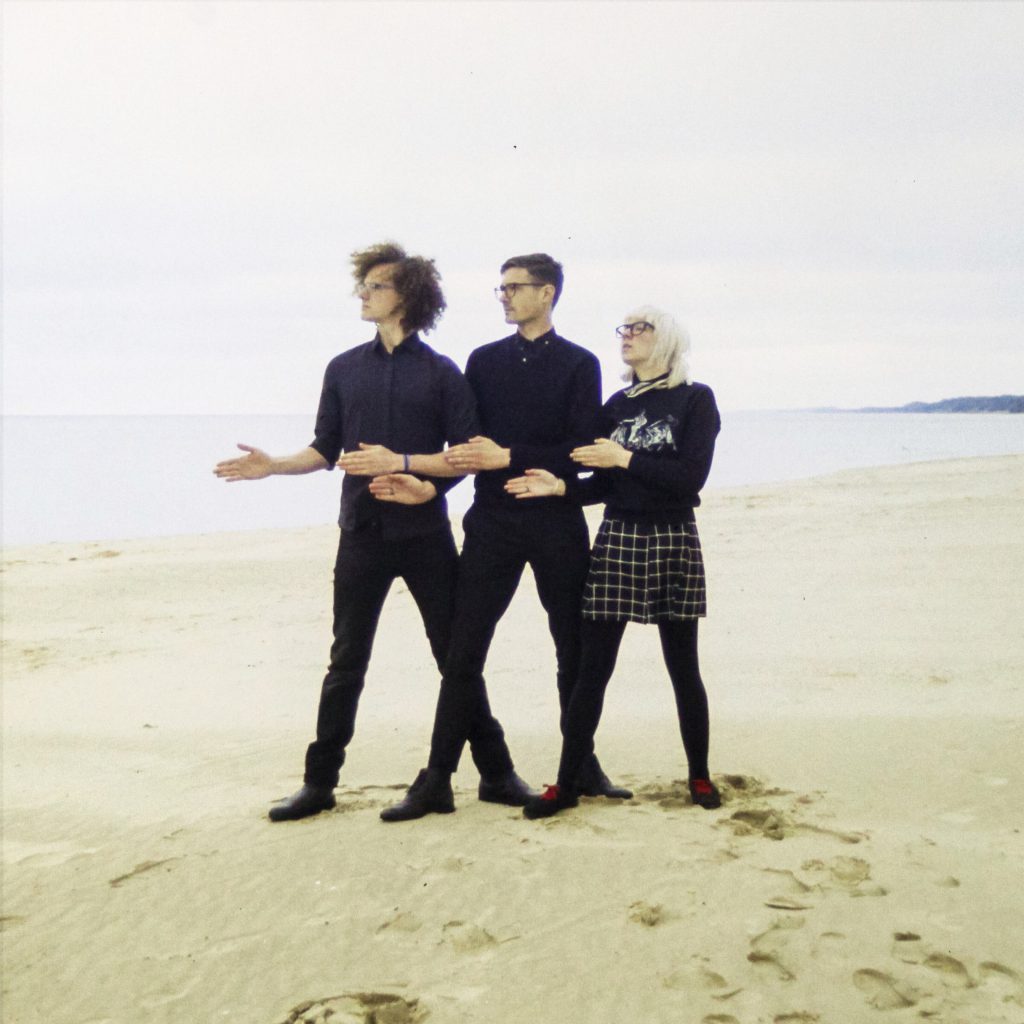 Moore Media Records held a concert, “Signals from the Other Side”, on Thursday, March 30. It was an album release party for the Moore Media Sampler album. Four bands played at Centennial Hall in the downtown Mount Pleasant area and one of the headlining acts was local band the Brites. 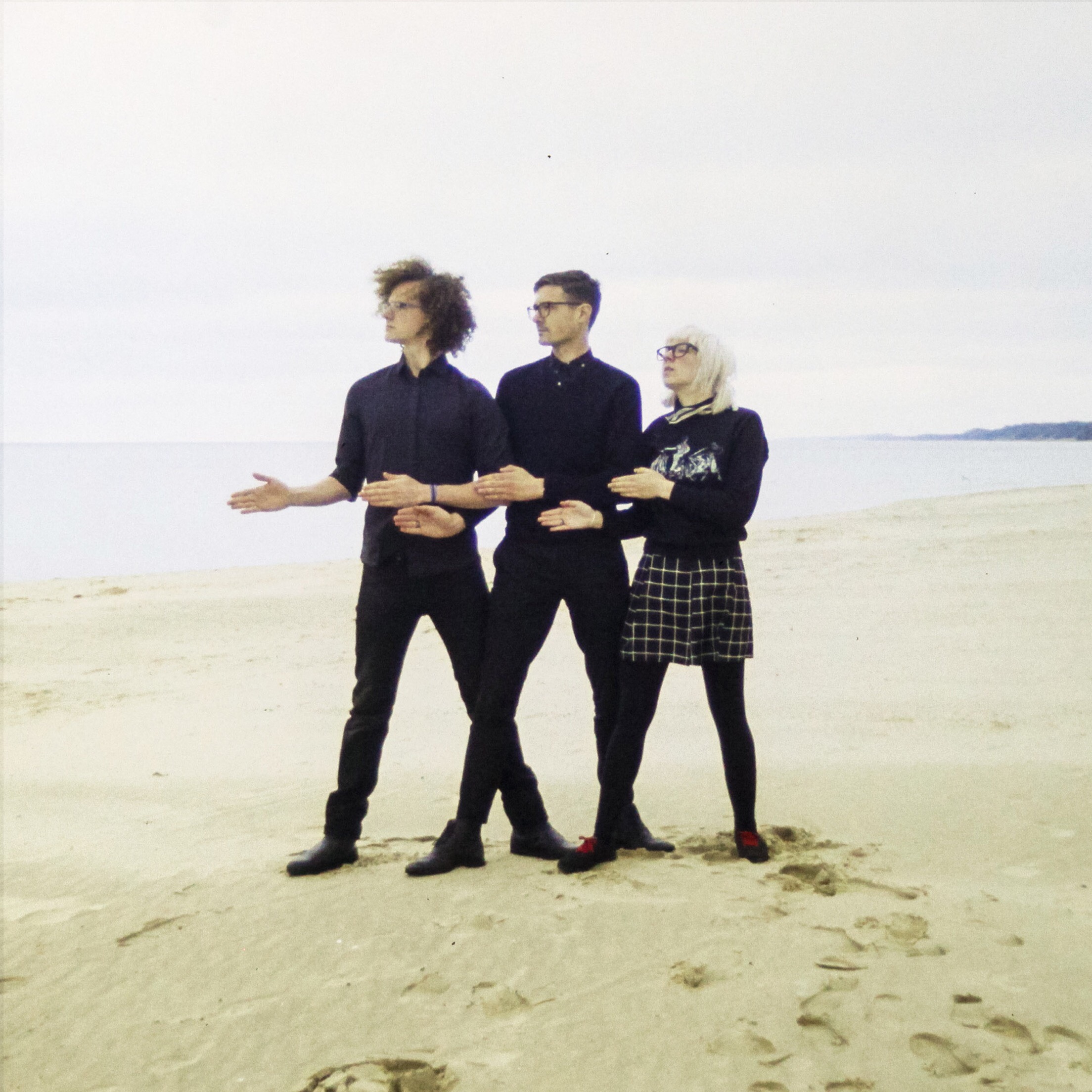 The band originates from the Flint area, but is currently based in Grand Rapids. The band has three members: Chad Hamilton Leman, his wife, Michelle Leman and Tim Schlemmer. Chad and Michelle take turns as lead vocals, but Chad said he writes most of the foundational work and the lyrics.

Before the Band
Music was not always a passion of Chad’s. When Chad was younger, he played the trumpet  and was a part of his middle school band, which he quit in eighth grade. It took a long time again before Chad was interested in music again.

The day Chad turned seventeen was when music got a hold of him permanently.

“I asked for a bass guitar for my seventeenth birthday. Pretty much as soon as I started playing, I couldn’t stop and soon bought a mandolin, banjo, glockenspiel and finally a guitar. Luckily, I had a job that summer,” Chad said.

The Beginning of Brites
Before becoming Brites, it was originally just Chad and his then-girlfriend, Michelle, recording music in his parents’ garage during the summer of 2008.

“I was working on some solo material and asked Michelle to play flute for a few songs that I was recording. We were dating by that point already, so naturally we began to practice the songs together in the hopes of playing shows,” Chad said.

Later down the road their friend, Lee, joined as their drummer, and the trio landed their first gig in January 2009, playing their set at a coffee house in Frankenmuth. Immediately after the show, Lee suggested the name “Brites” and they’ve run with it ever since.

Brites’ Success
As of March, 2017 Brites have released nine albums total, but only seven of them can be found; Chad explained they would rather keep them for themselves.

“We were very young when those two albums were put out, so the quality of them might give a first-time listener the wrong impression. We sold plenty of them back in the day, though, and I’m sure if you dig hard enough online, you could find them.”

Chad said Brites have played for a theater of 600 people and received no payment, and played for a room of 10 people and made a couple hundred dollars. However, the first time where he felt like pro was August 2009 when the band was paid to play at a hall with about a hundred people.

“We are all music lovers at MMR. We attend lots of local shows and the most common way we find bands is talking to musicians we meet at local shows or through friends that are in groups themselves,” Cafrestsas said.

Through friends is exactly how MMR found the Brites.

“We were asked through our contact with our good friend and Central Michigan University student, Ashley Tisdale, to record on the Moore Media Sampler this year. Because we played on the sampler, they naturally wanted us to play at the sampler release party at Centennial Hall,” Chad said.

Brites released two songs on the Moore Media Sampler this year, but said they are not currently affiliated with a record label.

“I pursued audio recording as part of my college degree and we do most of our recording ourselves as a result. I’m not closed to the idea of a recording contract, though I would be hesitant and cautious of the dreaded fine print,” said Chad.

The Future of Brites
Moving forward, Brites are moving to Europe the end of April.

Chad has a couple of business ideas, but those are for further down the road as he said he still sees himself playing music in 10 years. By then he will be 35, so who knows where life will take him.

“It would be amazing to make a career playing music, but I honestly think that we might be too weird for the average music listener. It would probably have to be one of those extremely lucky right-place-right-time kind of deals,” Chad said.

Cafrestsas said MMR welcomes pretty much anyone to work with them. Non-established bands are great to work with because it’s refreshing to hear the newest sounds that musicians are making.

Brites can be found on their website with merchandise and their albums. Their music is also available on Spotify.