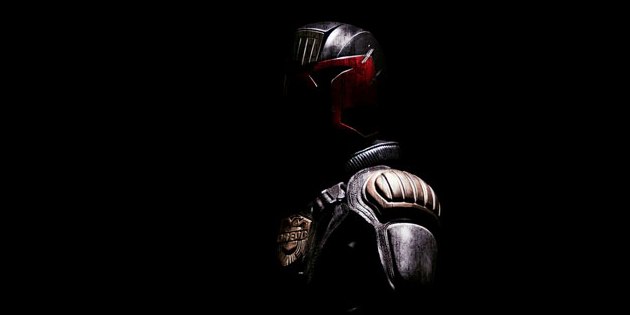 We live in a cinematic world of unoriginality. Everywhere we turn there are sequels and remakes. Most of these movies lack creativity and turn out to be poorly made films. Surprisingly, “Dredd” is a gigantic exception.

“Dredd,” based on the comic book Judge Dredd, stars Karl Urban as the fearless title character out to stop crime in his city. He is assigned to evaluate a rookie named Cassandra Anderson (Olivia Thirlby) who has psychic powers. On their first mission, they investigate a homicide and get trapped in a massive tower ruled by Ma-Ma (Lena Headey), a ruthless, tormented savage.  Dredd and Anderson learn that her clan is distributing the drug Slow-Mo. They must venture through the tower, infiltrate the clan, and most importantly, stay alive.

The entire film is non-stop action. Every minute, the heroes are fighting for their lives through suspense-filled fight sequences and violent, bloody gun fights. This isn’t a typical action movie in which the hero’s survival is guaranteed. They are vulnerable, keeping the audience on the edge of their seats throughout every combat scene. The Judges’ guns are probably the most impressive movie-weapons seen in film this year, having seemingly unlimited functions such as shooting flames and rockets.

The acting in the movie is low-key, but very effective. Urban, having starred in both “The Lord of the Rings” trilogy and “Star Trek” franchise, is no stranger to action films. He proudly dons the Dredd suit and keeps a very tough and calm attitude throughout the whole movie, delivering a minimal amount of lines. The supporting characters in this film don’t do anything incredible, but are still unforgettable. Headey’s Ma-Ma, being obsessed with torture, is the most wicked villain to appear on screen this year. The greatest performance was watching Thirlby’s character transform from a scared, insecure rookie to a brave, confident warrior. These are great performances throughout the entire film.

The best parts of “Dredd” have to be the cinematography and visual effects. This movie is filled with many slow motion scenes with incredible details, such as splashing water or blood splatter, that are incredibly clear and precise. Unlike many 3D movies, this one was shot using 3D film instead of being converted into it’s finish. There is always movement on the screen, whether it is in the background or right in front of the camera, accurately uses 3D technology. The scenes are also very dark and gritty which add to the dangerous and spooky atmosphere of the film.

There have been so many superhero and adventure movies released this year that “Dredd” may be overlooked by most audiences. Nevertheless, “Dredd” will still be one of the best action movies of 2012.