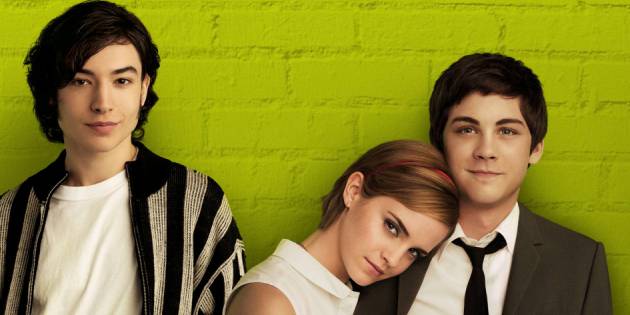 In 1999, Stephen Chbosky released “The Perks of Being a Wallflower,” a book that became a sleeper sensation. In 2011, its success had matured and “Perks” was signed to be adapted to film and the book’s main characters were assigned to Logan Lerman (Charlie), Ezra Miller (Patrick) and Emma Watson (Sam).

Chbosky had a hand in multiple aspects of the film’s production, helping to keep the story true to the book.

The book and movie are both relatable to a wide audience. The anxiety of growing up, peer pressure and a world that seems friendless in the transition to high school is something everybody has felt. Although some reviewers have hailed the adaptation of “Perks” as the new “Breakfast Club,” the film’s downfalls block that view for others. The book and the movie were good, but when it comes down to it, numerous clichés and obscure references muddled the plot.

The main character, Charlie, enters his first year of high school. Without his best friend (a suicide victim), he struggles through current issues and past traumas in seemingly the most inconvenient times.

As Charlie breaks his shell, he befriends Sam and Patrick, and the friendships open doors for him. He endures desperate times, all the while resorting to drugs, alcohol, football games, “The Rocky Horror Picture Show,” Secret Santa and a Sadie Hawkins dance gone awry. This pushes his hyperactive mind past its breaking point, and he becomes unable to defeat his demons; the film deals with some heavy stuff — you will both laugh and cry along with Charlie.

The book is a quick read; it captures your attention but leaves too many questions for readers to feel satisfied. For this reason, the movie is much better, but still has plenty of blanks.

Lerman (“Percy Jackson & the Olympians: The Lightening Thief”) shows his maturity in the film. His talent allows audiences to look beyond what could be viewed as an annoying character. Watson is a professional in her performance throughout. Miller is a scene-stealer.

The question posed is this: Would the film adaptation of “Perks” be as popular if it lacked the star power of Watson and Lerman?

Probably not. Sure, it’s a great book, and the movie is well done, but it took more than ten years for the book to get popular. Without Watson and Lerman, this film would probably have floundered, and their fan bases are what helped the film succeed. Both of the actors gained their fame by major films adapted from books and could indicate their fans are devoted readers (increasing book sales).

The bottom line for audiences is this: read the book and see the movie. Both versions of the story are highly relatable and entertaining.