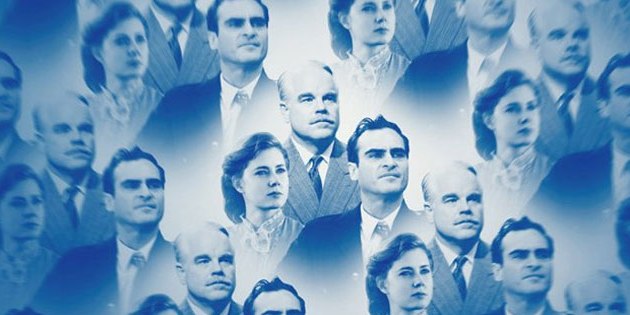 “The Master” is one of the most unique and interesting films to come out in the last decade. Unfortunately, the majority of audiences will not like it.

On opening weekend, the theater was full. Surprisingly, within the first 30 minutes, at least eight people walked out. Every 20 minutes after that more and more people started leaving. When the film ended, after two hours and 17 minutes, only one-third of the audience remained. While exiting the theater, I heard people say things such as, “That was horrible” and “I don’t understand.” This is a very similar experience to what happened last year when I watched “The Tree of Life.” Both “The Master” and “The Tree of Life” are films that require concentration to dialogue and the happenings on the screen.

Freddy Quell (Joaquin Phoenix) is a drunken drifter who doesn’t have any meaning in his life. He runs into Lancaster Dodd (Philip Seymour Hoffman) who instantly takes Quell under his care. Quell discovers that Dodd is known as The Master of The Cause, a movement that is trying to promote a belief similar to scientology. Dodd’s wife Peggy (Amy Adams) does not trust Quell and tries to show her husband that his drinking is a liability. The movie centers on the relationship between Quell and Dodd as well as the credibility of The Cause and its beliefs.

The most impressive elements of this film are the amazing performances. Joaquin Phoenix gives the most powerful performance of his career. His wide acting range is perfectly displayed every time he is on the camera. In one scene, he starts laughing hysterically and then instantly starts sobbing within seconds. After his Oscar nomination back in 2005 for “Walk the Line,” Phoenix made it apparent to the public that he was a great actor, but he still managed to surprise with his capability in this film. His facial expressions tell the audience every bit of pain that he is going through. Phoenix’s Freddy Quell is explosive and unpredictable, making him one of the most remarkable movie characters to date.

Phillip Seymour Hoffman also gives a forceful performance — his best since winning his Oscar in 2006 for “Capote.”

Amy Adams gives a strong performance too, even if it may be overshadowed by the two male leads. She’s only on screen for probably a fourth of the movie, but she makes her presence known by portraying a woman unafraid to take control and let others know exactly how she feels.

Phoenix and Hoffman have such a dynamic chemistry on screen, which is why the movie works. They are both on lock for Oscar nominations for Best Actor and Best Supporting Actor. Even though she doesn’t have a great amount of screen time, it’s a safe bet to put Amy Adams as a frontrunner for Best Supporting Actress as well.

There are some beautiful cinematic shots in this film, such as when Freddy Quell is leaning off the side of a boat or running through a barren field. This is due to the unique directing style of Paul Thomas Anderson, who is best known for his films “Boogie Nights” and “There Will Be Blood.” His vision has already earned him many awards, and it’s certain that “The Master” will earn him even more.

Whether you like it or not, “The Master” will be on your mind weeks after seeing it. Though not everyone will understand it, “The Master” can join the exclusive list of cinematic masterpieces.