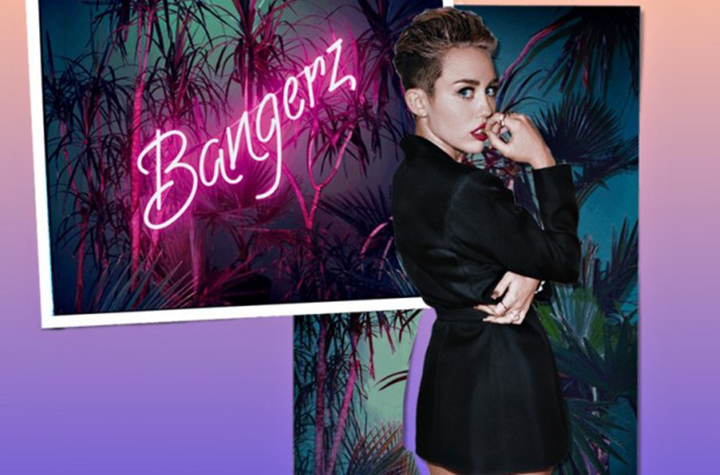 People are afraid of pop music.

Or at the very least, music nerds are afraid of pop music. It has always been this way, and it will likely never change. Mainstream music is and will always be considered part of the low(est) culture.

When the suggestion of an expert actually enjoying one of these radio artists arises, it leaves them fraught with anger and seeking vengeance. Thus, they must assert dominance over the genre by proclaiming that what they listen to is much more sophisticated.

Case in point; upon the release of “Bangerz”, Miley Cyrus’ brilliant new LP, several pieces were written about the singer that clearly demonstrated the “music nerd complex,” so to speak. There is this one, from the usually great music site Tiny Mix Tapes, in which writer ZCAMP structures the review like an article from Buzzfeed (some sort of backhanded generational thing, it seems).

The Atlantic, another stellar publication, had an article titled “Of Course Miley Cyrus is a Sham”; then of course, we have an extraordinarily condescending letter from indie annoyance Sufjan Stevens teaching the singer about proper grammar.

These few examples represent a small portion of the embarrassing journalism that made its way to the Internet, and it’s very hard not to view many of them in the same light they view Miley’s music; disposable, unnecessary, and a waste of space.

While not much of a shocker, all these pieces fail to mention the baffling idiosyncrasies of the singer’s excellent fourth album. It is original, strange and daring on every level. Each song has been infused with a diary-intimacy that feels far removed from anything put out by her in the past.

It’s no small compliment to say “Bangerz” belongs on a short list of the most personal pop albums from major singers and celebrities — in the same company with records as diverse as Farrah Abraham’s “My Teenage Dream Has Ended” and well, the entire career of Kanye West. These artists that have chosen the limelight all share a single perspective: music is the ultimate outlet for direct self-expression.

But what honestly separates all of these musicians from your average bunch of songwriters is their willingness to be confrontational with their (sometimes vast) audiences, even if it means sacrificing their reputation.

West has taken his music into deeply tormented terrain over the past few years and many people have not been able to stomach it. Cyrus is likely the next Kanye West, insofar she is making an honest effort to experiment and shatter her old image and is experiencing the same sort of finger-wagging attitude from the general population.

Yet, despite the critical negativity surrounding the release, Miley has a built-in fan-base that will guarantee her album sells off the shelves. So, in that regard, what is the sense in even bringing this up? Well, for starters, the implication set forth that a privileged, female pop singer cannot make a great record is being constantly perpetuated in this culture.

It’s why “Bangerz” isn’t sitting next to Arcade Fire and Sufjan Stevens as a Best New Music pick on Pitchfork Media.

What is infuriating about all of this, really, is the hard truth that these trendier publications do not even consider the merits of an album like “Bangerz.” I guess what I’m ultimately trying to say is this; if we could all give the mainstream a fair chance once in a while, then maybe, just maybe, we can begin to move forward from the general dismissal of one of the year’s best releases.

There is nothing to be scared of.