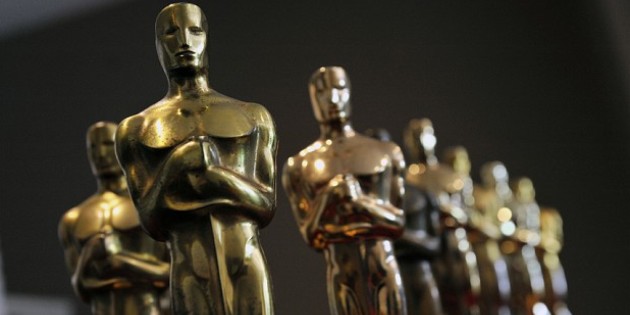 The champagne has run dry and the obnoxiously long acceptance speeches are now a mere memory. Here are the highlights of the 85th Academy Awards. |Photo credit: Getty Images|

The underdog story finally came true – “Argo” won Best Picture of the year. Even though it seemed like “Lincoln” was the frontrunner for most of this Oscar race, “Argo” made quite a run in the last few months.  It beat all the odds and won without receiving a nomination for its director, which has only happened a few times in Oscar history; the last time was in 1990 for “Driving Miss Daisy.”

There were two standout performances. One of the best moments of the night was when Jennifer Hudson performed “And I Am Telling You I’m Not Going” from “Dreamgirls.” It was an incredibly powerful performance that stunned the entire auditorium. There was a look of amazement on people’s faces after she was finished. Another great performance was the eight cast members from “Les Misérables” perforing songs from the movie on stage. It was a very special moment with stellar star-power on stage that included Anne Hathaway, Hugh Jackman and (yes) Russell Crowe.

Seth MacFarlane was a fantastic host. He was a nice, fresh breath of air for the Oscars. Though a good amount of his jokes didn’t work, he had some hilarious one-liners. He was very entertaining and did a much better job hosting than Billy Crystal did last year and let’s not forget the disastrous hosting job Anne Hathaway and James Franco did back in 2011. The Academy should take more risks like MacFarlane when looking for hosts in the future.

At only 22, Jennifer Lawrence won her first Oscar (her second nomination including 2011’s “Winter’s Bone”) for Best Actress for “Silver Linings Playbook.” Unfortunately, while going up the stairs to accept the award, she tripped on her dress and fell. Luckily, she quickly recovered after getting up by telling the audience, “You guys are just standing up ‘cause you feel bad that I fell and that’s really embarrassing, but thank you.”

The Oscars have always been known for running too long, but this year it clocked in at around three and a half hours. Host Seth MacFarlane continued to joke awkwardly about the long runtime throughout the show.

“Wreck-It Ralph” was one of the best movies of the year and deserved the award for Best Animated Feature. Even “Frankenweenie” and “Paranorman” would have been strong choices to win. But in the end, “Brave” took home the Oscar; it was a decent movie but the other nominees in the category deserved it more.

After Ben Affleck was snubbed for Best Director, it seemed that Steven Spielberg was the frontrunner  Surprisingly, Ang Lee took home the Oscar for “Life of Pi.” The Academy has had a long love/hate relationship with Spielberg, but the general pre-show consensus was his sure victory. Lee put in the hard campaign work in the last month or two and it totally paid off.

The Best Supporting Actor category was the most exciting, unpredictable category of the year. Any of the five nominees could have won but in the end it was Christoph Waltz holding the gold statue for his work in “Django Unchained.” This seems like a minor upset over the predicted front runner Tommy Lee Jones in “Lincoln,” but Waltz deserved it.

3. A tie for Best Sound Editing

There were two winners for Best Sound Editing this year – Per Halberg and Karen Baker Landers for “Skyfall,” and Paul N.J. Ottosson for “Zero Dark Thirty.” Even though a tie is an incredible occurrence, it has happened a few times in Oscar history.

A couple months ago, it was announced that the Academy would pay tribute to the James Bond franchise in order to celebrate its 50th anniversary. Immediately, speculation arose stating that every actor who has played Bond would appear on stage together. This didn’t happen. Instead, there was a short montage segment and Dame Shirley Bassey performed the song “Goldfinger.” This was a huge disappointment, and there may not be another chance for all of the Bond actors to appear together again.