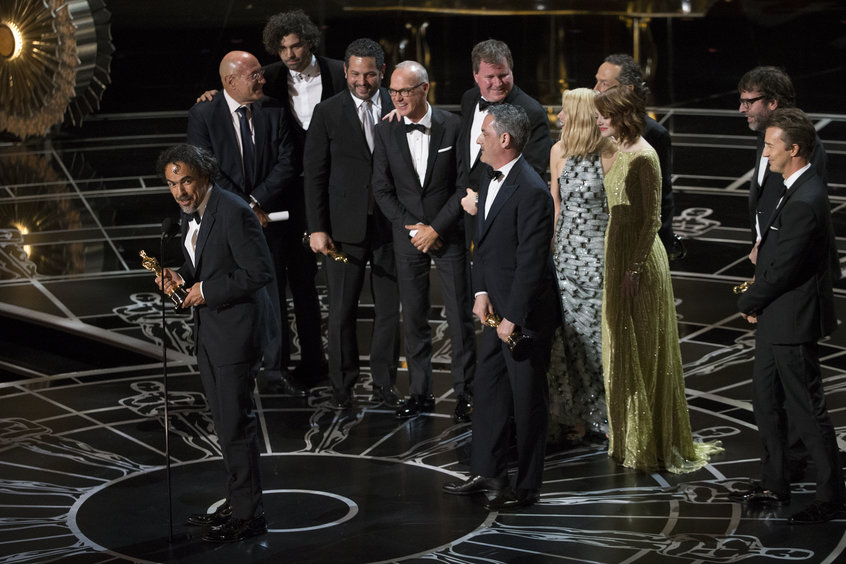 Oscar Sunday is always a spectacle. TV channels air shows about predictions for the evening and stars dress in their best attire in hopes to win the highest honor in the film industry.

The Oscars are important due to their recognition of foreign, short and animated films. The Academy is made up of a thousand or more celebrities voting for their favorite movies after the final nominations are made.

This year was a blast. Neil Patrick Harris hosted, opening the show with a dance number and song instead of a monologue. His opener was unique and clicked with his type of humor. He discussed how moving pictures have influenced our lives, making each of us who we are as individuals. Ellen DeGeneres was hilarious last year, but Harris was arguably better, highlighting all the pieces that made the world love movies.

The night kicked off with a bang when Patricia Arquette won Best Supporting Actress for her work in “Boyhood.” Her speech had every female audience member cheering and rallying together for women’s rights. Meryl Streep and Jennifer Lopez were nearly jumping out of their chairs. Her speech essentially said that our (women’s) time has come and we deserve equal pay and equal rights.

This wasn’t the only moment of advocacy. “Imitation Game” winner Graham Moore’s speech highlighted the reality of suicide, telling the audience and those watching to “stay weird, stay different,” which seems to be a good motto for life after his struggles with suicide. His speech will probably influence many young adults and teens, helping them through their journey with mental illness.

After this, the most anticipated moment of the night occurred: Common and John Legend performed “Glory” from the movie, “Selma.” Since the end of the civil rights movement, the city of Selma has remained stagnant. Even after “Bloody Sunday” (the day black citizens and civil rights activists in Selma, Alabama tried to march across the Edmund Pettus Bridge on their first attempted march to Montgomery, Alabama), the community remained segregated.

After their performance, Common and Legend supported the continued fight by stating “Selma is now.”

Best Picture was awarded to “Birdman,” which chronicles the life of a washed-up actor who is trying to become relevant again. This character, played by Michael Keaton, cannot figure out why fans no longer adore him. Many were not surprised by this film’s win, especially since the other nominated and highly controversial film, “American Sniper,” lost in most of its categories.

Though this night was about the awards, it ended in a place of acceptance and encouragement for communities and individuals facing oppression. Mental illness, suicide, oppression based on sexual identity, skin color and genders were all highlighted.

However, there is still an issue found in the lack of minority and female nominees in comparison men. No female directors, editors, composers or cinematographers were nominated for an Academy Award. Even though the movies “Selma” and “Unbroken” were both directed by women and nominated for other awards, neither women received a specific nomination.

Despite this, it seems the Academy Awards this year were, without fail, a night of advocacy. The highlighting of different forms of oppression leave us with one important question.

Now that this platform was opened and showed its support for equality, how many Americans will see a flaw in their ideals and choices?