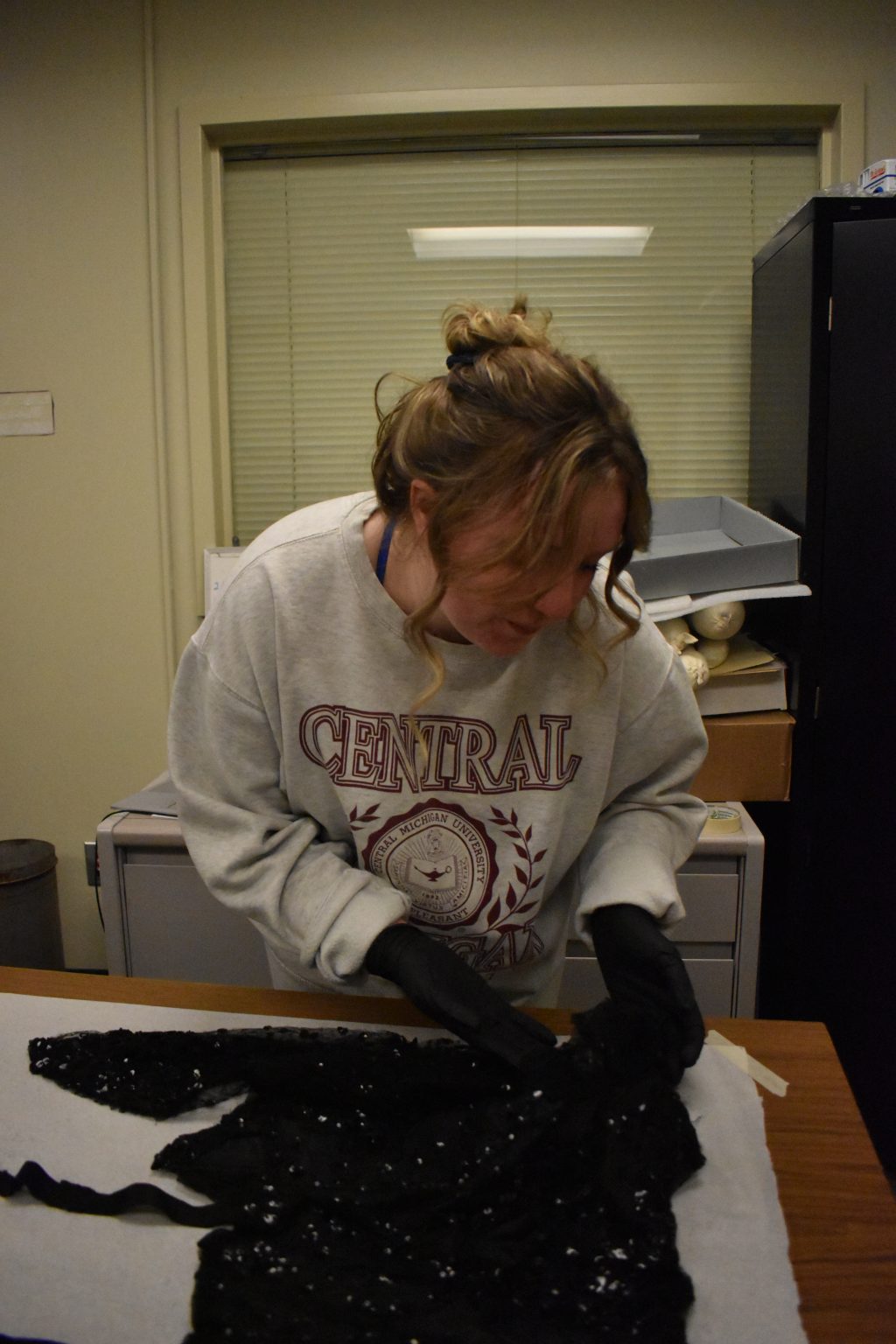 Story and video by: Maddie Lajewski

Aubrey Dupois is a senior theater and museum studies student at Central Michigan University. She started out as a fashion student and switched to theater to do costume design. Later on, she discovered her appreciation for museum studies and now hopes to go into textile conservation after graduating.

This fall 2022 semester, she has been working with and doing research on a gown donated to CMU in 2009. The gown was worn at President Grover Cleveland’s inauguration ball in the 1800s, according to a print out that was given with the gown. Dupois’ goal this semester is to determine whether this gown was actually worn at Cleveland’s inauguration ball, to catalog the gown, and to create a pattern based off of the gown.