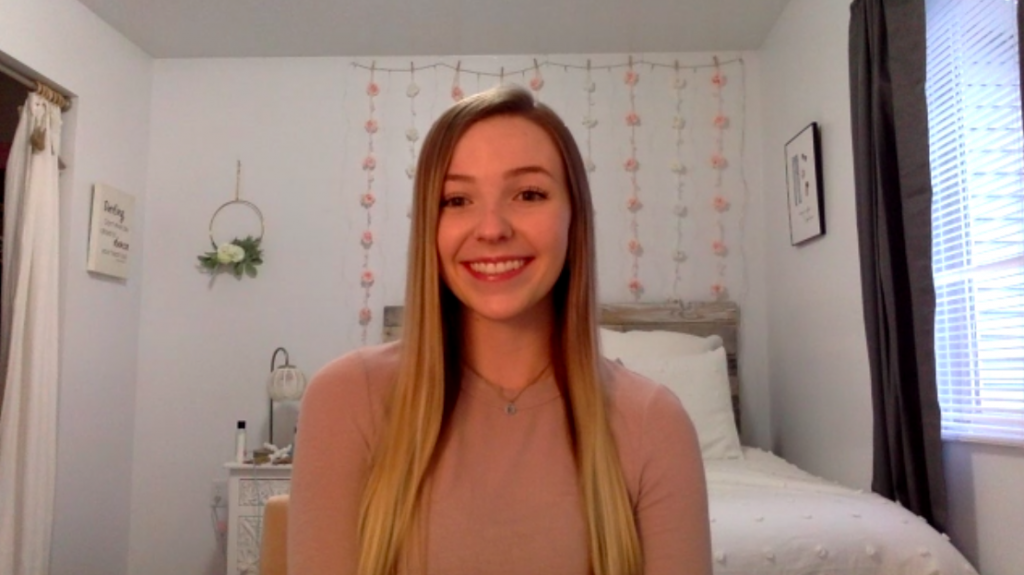 With the fall semester coming to an end, Central Michigan University students had to adapt to many changes to their college year. Some classes were online, while others were hyflex, giving students the option to go to class in-person. Additionally, getting involved affected students’ lives. CMU junior Hannah Gregarek, majoring in therapeutic recreational therapy, describes what it’s like to be on the CMU Dance Team during these difficult times.

When the CMU football team announced that they were back to play in the MAC Championship, fans were excited that they get to see their fellow Chippewas do something that they love. Unfortunately, due to COVID-19, the CMU Dance Team won’t be on the sidelines to support their team. This is Gregarek’s third year of being on the team and it’s sad that her third year is off to a rocky start. The dance team is not sure if they will be able to dance during basketball season, so as of now, Gregarek and the team had to take the season off.

“Having a break is nice school wise, but I feel so bored. Everyday feels the same, especially with classes online,” Gregarek said. “I love the team and I love dancing, so it sucks not having it and not being able to see all the girls every week.”

Dance is Gregarek’s passion, so it’s difficult for her to be away from a group of girls whom she calls family. When she came to CMU as a freshman, she wanted to get involved with school. She thought she was done dancing after high school, but she decided to try out for the dance team anyways. Gregarek liked the feeling of becoming a part of something because the dance team made her feel welcomed.

Being on the CMU Dance Team isn’t always easy. There are many highs and many lows. Gregarek recalls when she joined the team two years ago as a freshman and the struggles she went through.

“First being, you’re the new girl and you’re the freshmen, so you’re the baby of the team and you don’t know anything and you’re learning so much,” Gregarek said. “I remembered the seniors always intimidated me, even though they were the sweetest, most helpful, loving girls, but it was because they always knew what was going on and they were so experienced.”

Gregarek had to fit dance practice into her schedule. She had practice at 6 a.m. every Tuesday and Thursday, where she would learn a dance one day and then polish it the next practice. This being Gregarek’s third year, she has overcome many obstacles.

Looking back at her dancing career here at CMU, Gregarek mentioned that being able to go to the New Mexico Bowl last year was a memorable experience. Even though the Chippewas lost, it was great for Gregarek and her team to be able to say that they were a part of something in history.

As a whole, her friends, family and the dance team have shaped the wonderful person that she is today. In particular, her brother is someone that she looks up to.

“He has always been level-headed and works so hard. He graduated college from CMU and he’s already working and doing his thing,” Gregarek said. “He has his own goals and aspirations that he has set for himself, so it’s cool to see him go through those things and get there.”

The future is bright for Gregarek as she continues to dance and reach her goals of being an occupational therapist.