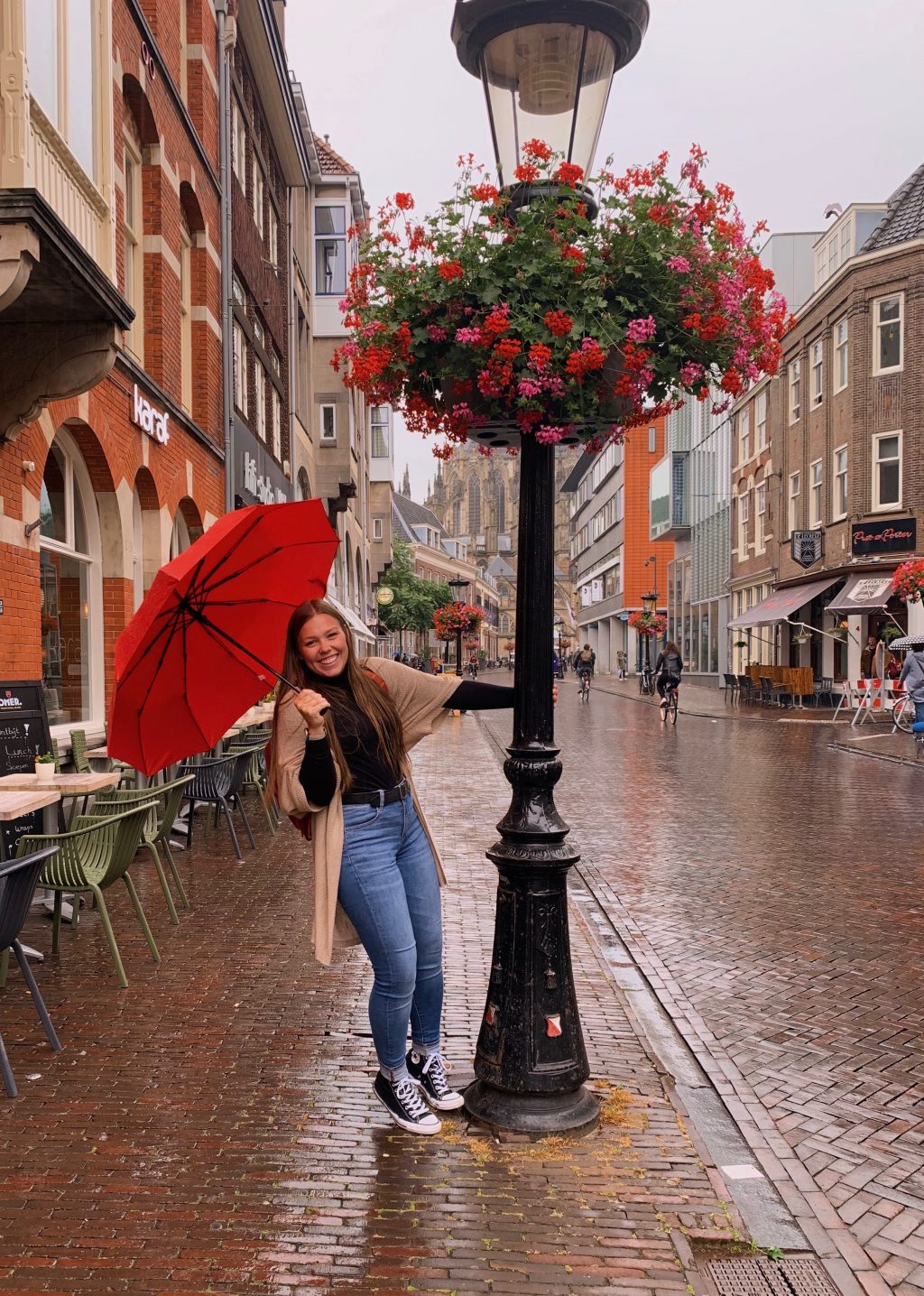 In the last eight weeks, we have experienced the ups and downs of being in quarantine. Some of us have struggled isolating ourselves from friends and family when we’re normally used to being able to come and go as we please. Some of us have struggled with the idea of being inside for so long and how it can affect one’s mental health. These eight weeks have been a roller coaster for most Central Michigan University students as we are finishing the spring semester.

CMU junior Isabel Slate loves leadership. She is the president of the softball team club, she has been a leadership safari guide for two years and is now on core staff, she works in the leadership institute, she’s in the honors program and she is an LAS student.

Outside of CMU, Slate coaches basketball at Sacred Heart Academy.  Since she’s outgoing, being in quarantine has made an impact on her and her love for the softball team club.

“Usually in the spring, we play every weekend, so now that it’s cancelled, it sucks,” Slate said. “Not only do I love playing softball, but those are some of my best friends.”

Slate is struggling with the social and the competitive aspect of being in quarantine. It’s difficult for Slate to not play against anyone in sports or be the leader that she is on campus.

Since there isn’t a known answer of how long we will be in quarantine, Slate has tried many different coping skills. One of the coping skills she has been using is running.

“I have tried to get back into running in my neighborhood. Once again, that is really difficult for me because I am a team player and I need people to motivate me,” Slate said. “I have tried to stay active in that way.”

Besides being athletic and into sports, Slate has been reading, painting and watching movies. For being a secondary education major, concentrating in history and minoring in english, reading has become one of Slate’s favorite things to do. Her favorite book that she recently read was Percepolis by Marjane Satrapi.

While being in quarantine, Slate was able to reflect on why she loves leadership so much and who has inspired her to be the best leader that she can be. Slate referred to her friends and roommates, colleagues at work and the girls at Sacred Heart Academy as people who have changed her to be a better person.

“The girls at Sacred Heart Academy are so passionate and it makes me want to be better. I learn so much from them, just as much they are learning from me,” Slate said.

Like always, there is a famous leader in the world that has inspired other leaders, like Slate, to change the world. The leader that Slate loves the most is former President Barack Obama.

Obama has made an impact and continues to make an impact on future leaders. Slate recalls on why she loves former President Obama.

“When I watch his speeches, I feel you can tell that he is genuine and he actually cares,” Slate said.

When there was a shooting at Sandy Hook Elementary, Barack Obama gave a speech that had her and her mom in tears because of how good of a speaker he was.

Fortunately, Barack Obama has motivated Slate to be a life-changing leader.

“He can motivate you to peel away your emotions and validate them, but addresses the question, ‘Where do we go from here,'” Slate said. “This terrible thing happened and now we have so many more things we should do to address it. That is how I want to lead.”

Although it has been difficult being a leader through these difficult times, it has made Slate even stronger and hopeful on what she wants to accomplish in the future.