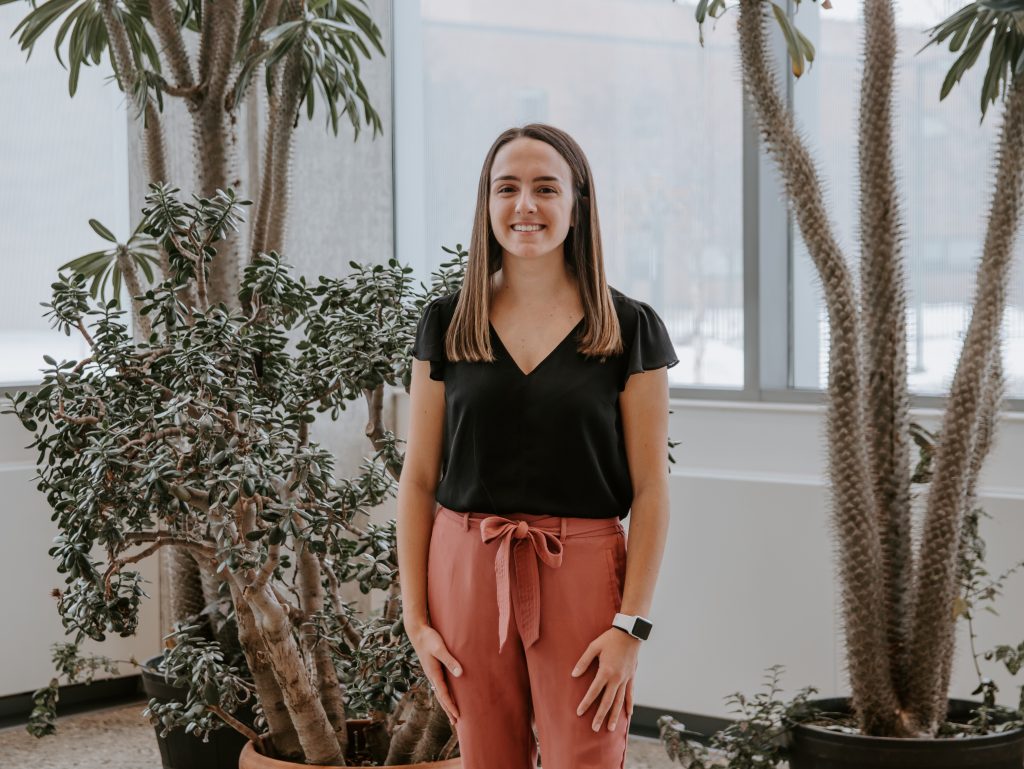 Jaclyn Mannino is a sophomore from Sterling Heights, Mich. majoring in finance and minoring in economics. Going away to a university has given Mannino more opportunities than she imagined.

“Central Michigan University gives the big school feel while also being able to build connections with professors and people around campus,” Mannino said. That is one of the main reasons she loves CMU.

It is important to get involved and Mannino has done just that. She’s currently in her second year in the ski and snowboard club (SKIMU).

“It is definitely one of my favorite things since coming to CMU. I was able to snowboard thanks to the people on the team,” Mannino said.

Mannino is also in the professional business fraternity called CBA through AKPSI. Being involved in this fraternity has helped her build her professional skills and network. It has also given her some of her best friends.

She highly recommends it to anyone who wants to push themselves and get more involved. Outside of her studies, Mannino loves to travel and experience new things.

“There is truly so much you can learn from different cultures,” Mannino said.

After graduating from CMU, Mannino hopes she can find a job where she can live abroad for a few years.