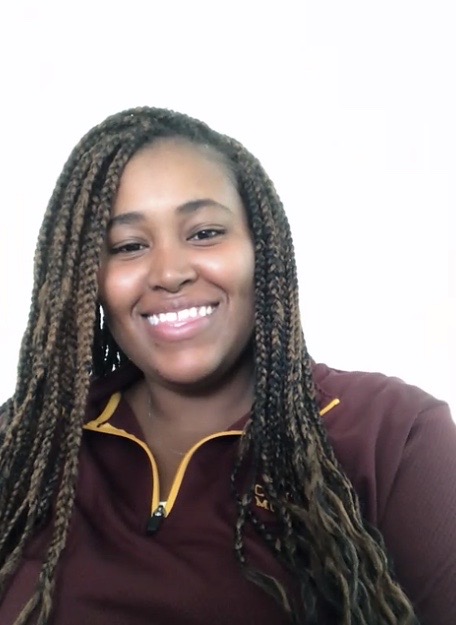 It’s amazing  how fast life can change. Through the ups and downs, a person learns to never give up, because life can get better. What’s amazing is that people can look back at their past and think, “I got through it and I’m a lot stronger now.”

When Akins kept getting denied, she knew something needed to change. Akins began to work harder in school, and she focused on her grades. By the fourth attempt at applying, she was accepted into CMU in 2017. She knew her hard work had paid off.

During her undergraduate studies, Akins struggled financially. She didn’t know if she could finish school. Thankfully, the financial aid office at CMU had Akins apply for an emergency fund that would help her with her tuition.

In May of 2020, she graduated with a Bachelor of Science degree in GIS and is now studying for her master’s.

“If you would have told me five years ago that I would be in a master’s program right now, I wouldn’t believe it,” Akins said.

Akins demonstrates what it means to be strong. If she falls down, she immediately gets back up. She couldn’t have done it without the two most important women in her life: her mother and her grandmother. Her grandmother inspired her to go school because she and a couple of her siblings have bachelor’s and master’s degrees.

“My mother and my grandmother are strong, independent women,” Akins said. “Some hardships did come their way, but it didn’t deteriorate them from stopping. Even though they failed a couple of times, it didn’t discourage them from being who they are today.”

Since Akins is getting her master’s in GIS, she loves the environment. One of the topics that has always intrigued her was climate change. She loves reading, researching and talking about the topic. The biggest reason that Akins is drawn to climate change is the human activity that makes it happen. Akins mentioned that the smallest thing humans do can impact the Earth.

Overall, Akins stays true to herself. She refers to herself as the “wild card.”

“For some reason, people think I’m a certain way, but I’m not. I love to prove people wrong,” Akins said.

Akins is a role model to all women on what it means to be strong.