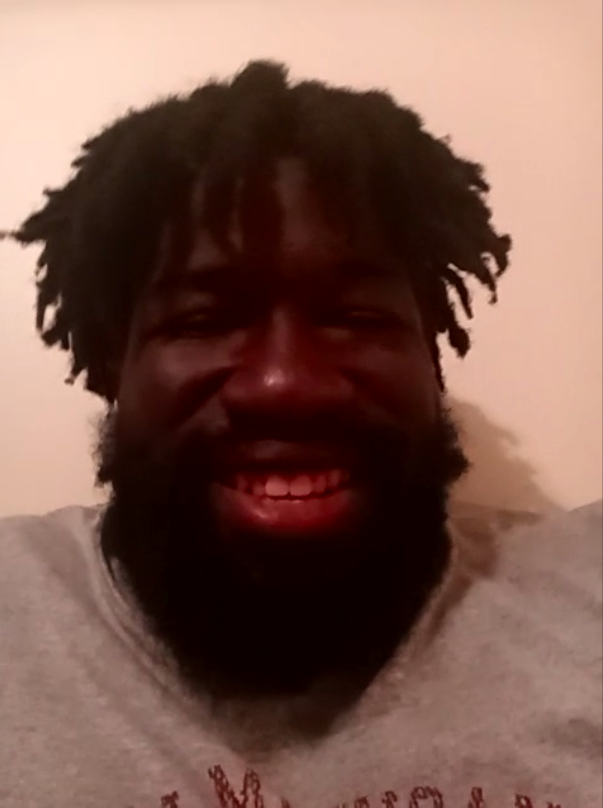 Nothing screams, “Fire Up Chips!” better than the Central Michigan University football team. Fifth-year senior, Kumehnnu Gwilly, majoring in marketing, is a linebacker on the CMU football team. Gwilly discusses when his love for football started.

Gwilly didn’t play football until he was a sophomore in high school.  At first, he didn’t have much knowledge of the sport. He couldn’t name all of the positions that were on the field. Gwilly played football in high school because he enjoyed it. Once he came to CMU his freshman year to play football, his life changed.

“All of the things I’ve learned from the different coaches that I’ve had so far is unbelievable. I have more knowledge about football now and it makes me look at the game differently,” Gwilly said.

CMU was Gwilly’s first choice for playing football. For his first four years, he was a running back and now this year, he is a linebacker. He loves being around his coaches and teammates, which allowed him to build a close bond with each of them.

Since Gwilly’s passion is football, COVID-19 has impacted his love for the sport.

“It’s been weird not knowing when we are going to play and if we are going to play. Since this is my senior year, I didn’t know if I was going to get a year back,” Gwilly said. “When they said our season was going to come back,  I was really excited because there is a lot of scary things happening in the world right now with people suffering from COVID and I’m blessed I’m here to play football.”

Unfortunately due to COVID-19, safety protocols have been put in place for football. There are masks that are built into the players’ helmets. The players have an option to wear a neck gaiter too. The university and the Mid-American Conference are making sure that the players that are going to be on the field are healthy and tested frequently. Gwilly is assured that he and his teammates have to be healthy not only on the field, but off the field as well. Meaning, practicing social distancing, wearing masks and washing hands.

One of Gwilly’s favorite football moments was the first game he played his redshirt freshman year against Rhode Island. He wasn’t playing on field, because most players start playing on special teams and helping the team. That year, CMU played at Boston College in which Gwilly played for the first time in front of a large crowd. There, he scored his first touchdown.

The last game that Gwilly played was against San Diego State in the New Mexico Bowl in December 2019. Unfortunately, the CMU Chippewas lost 48-11 to San Diego State. Even though they lost, and Gwilly was disappointed, he says the experience was awesome.

“The bowl games are always fun. We head to the location a few days early to hangout around the town and enjoy ourselves,” Gwilly said.

Each CMU football player has a unique story, but Gwilly’s is about what it means to work hard.

His family is originally from Liberia, Africa. Gwilly was born in Liberia, but he moved to Michigan when he was 4- years- old. Transitioning to a new place was not easy for his family.

“We didn’t have money. My parents had to work really hard between going to school and taking care of me,” Gwilly said. “I saw how hard they were working to make sure that our family had all the things that we needed and it made me really proud of them, but also made me want to work as hard as they did.”

After Gwilly is done playing college football, he would like to coach other college teams. If the opportunity to play in the NFL is presented to Gwilly, he will gladly take it. The team he’d most like to play for is the Detroit Lions. Gwilly is a die-hard Lions fan, and his favorite player is Matthew Stafford.

Gwilly is loyal to football, the Detroit Lions, his friends and his family.

“I have a lot of friends, but at the end of the day, the friends that I’m really close with are people that I know I’m going to be friends with for the rest of my life. I cherish those relationships more than anything,” Gwilly said.

Gwilly is #33 on the football field, but he’s #1 as someone that is caring and passionate about what he loves.