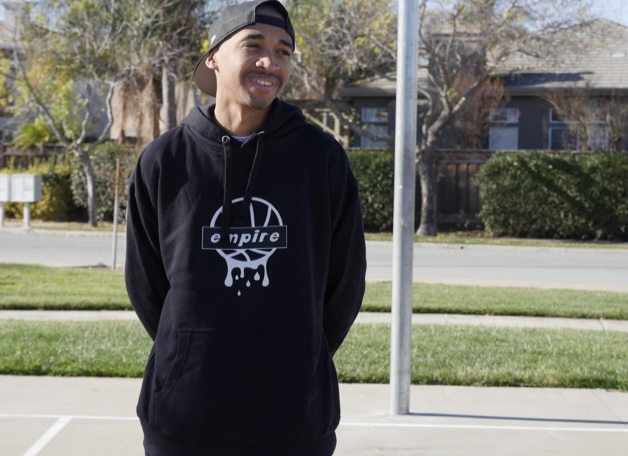 While the thought of moving across the United States for a college education may prove daunting for some, Central Michigan University senior Shayn Campbell found the idea of indulging in a brand-new experience too thrilling to pass up.

Campbell was born and raised on the West Coast in the sun-drenched city of Los Angeles, California. However, when it came time to selecting a university to attend, Campbell received a nudge from his parents to pursue college outside of his home state.

“They were just like, ‘Get out of California, do not go to school here,’” Campbell said. “As much as they knew that I would have liked to, they wanted me to get some new experiences.”

Campbell is not the first member of his family to attend university outside of his native state, as both his dad and older sister Shelby chose the University of Michigan and the University of Iowa respectively for their institutions of choice.

Despite his dad attending U of M, Campbell was not entirely prepared for the culture shock of transitioning from being an L.A. city-boy, to being a Michigander residing in the rural Mount Pleasant area.

“Before I went to Central I had never experienced snow. I actually remember it perfectly, it was freshman year, and I was living in Troutman at the time. I was eating in the RFoC on campus when my friend Daniel called me and told me to come upstairs and look out the window. When I saw the snow, he said to me, ‘This must be a complete shock to you cause you’ve never seen this in person,’ and I was just like, ‘Yeah, just a little bit,’” Campbell laughs.

During his tenure here at CMU, Campbell has come to love the state of Michigan, however the City of Angels had his heart first and he intends to move back post-graduation.

“All of my friends, including my roommates a little bit, have been pushing for me to stay here at least for the summer just so I can experience Michigan in the summertime. However, I just want to move back home to L.A. because that is where all my family and friends are, and I know the city like the back of my hand,” Campbell said. “As much as I love seeing new places, I do find myself missing home sometimes.”

When asked about what some of his favorite memories of being at CMU have been thus far, Campbell cites the countless sporting events that he has attended.

“I’m a sports fan so I go to every single sporting event, and when I say every I’m talking everything from football to field hockey, to basketball, to even going to a track and field meet once,” Campbell said. “I think the basketball games would have to my favorite though. Like the football games are always lit, and lately the volleyball games have been lit too, but for me nothing compares to basketball.”

Campbell’s love for sports led him to pursue a sports management major where he is currently performing a field study with the CMU Men’s Basketball team. He hopes that his drive and determination will eventually lead him to an internship with the same organization.