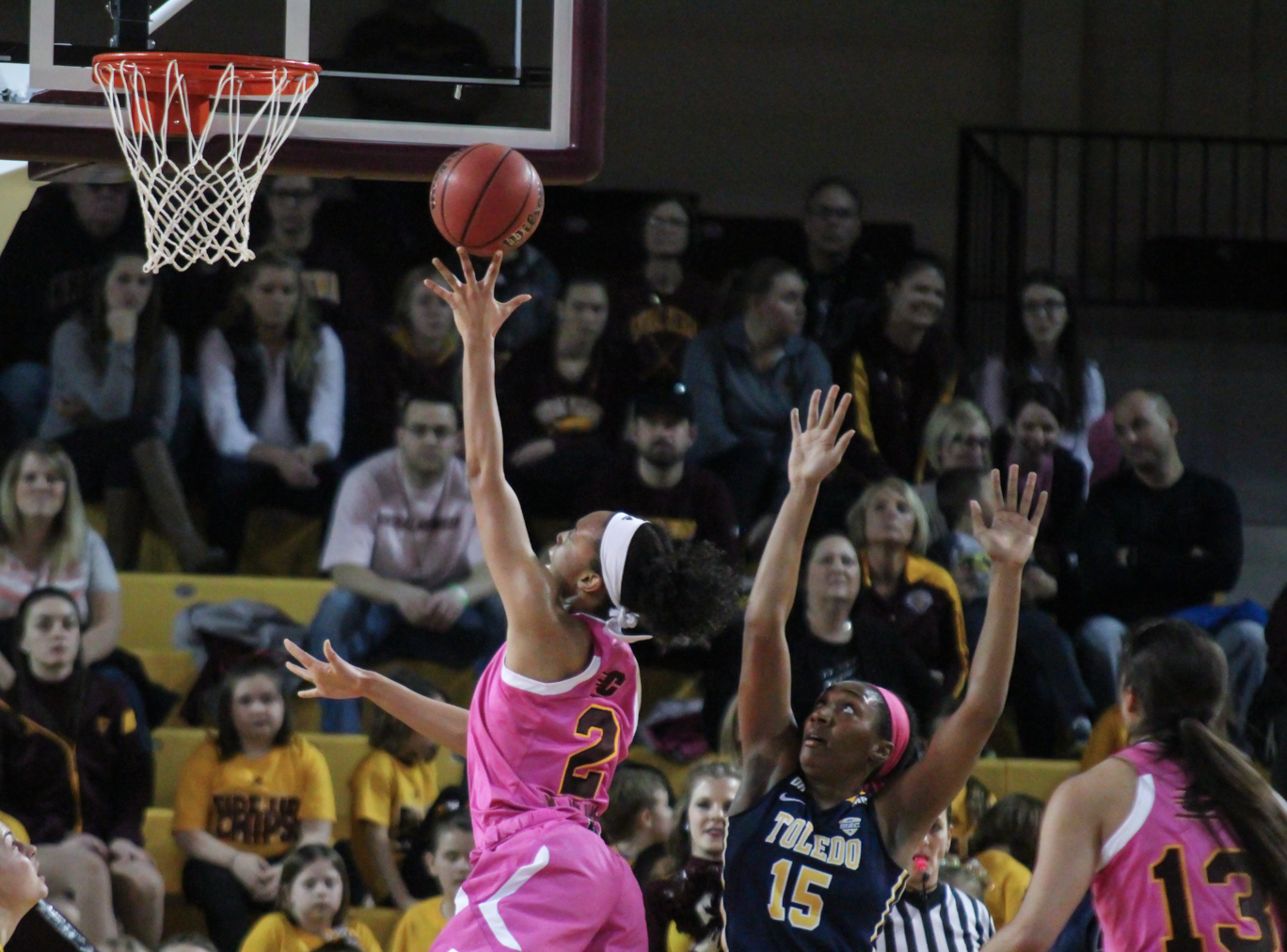 Central Michigan women’s basketball team took on the University of Toledo on Saturday, Feb. 20. It was #SuperHeroDay in McGuirk Arena.

She was also able to coach the women’s olympic team to a gold medal in 1988.

However, in 1987 she was diagnosed with breast cancer. Yow passed away from stage four cancer in 2009 at the age of 68. Now she is honored in the NCAA for her character on and off the court.

Some of the UT players also wore pink headbands during the game.

Toledo led most of the game until the fourth quarter. Guard Da’Jourie Turner came up with a big steal leading to a basket on the offensive end to tie the game. After fouling a UT Forward, CMU quickly found themselves down by two points.

With approximately four seconds left, CMU put the ball in the hands of Presley Hudson. Hudson patiently drove the lane and scored an easy lay up to send the game to overtime.

CMU won the tip to start halftime but unfortunately could not make a last second lay up to send it into a second overtime. CMU lost 81-79. The women’s team is now 17-8 overall, but remain at the top of the Mac West conference.