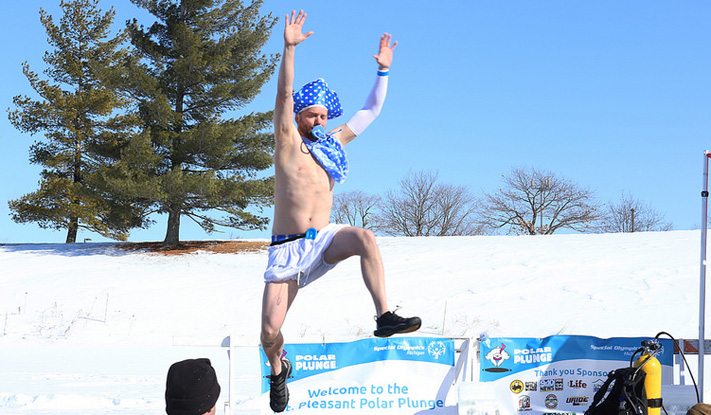 During the winter season it’s common knowledge to bundle up with layers and stay warm.

The majority of registered participants wore costumes that reflected a sense of personal style as they plunged into the icy pond. While participants were able to show off their creative side through their costumes. Lead teacher Nate Jonaitis offered tips on how to make sure you stand out and what avoid to so you don’t get lost in a crowd if you plan to attend a future Polar Plunge.

Costumes ranged from simple tutus to elaborate get-ups, and participants wore anything from swimsuits to full-body costumes. There were several crowd favorites, including a group of Teletubbies, a knight in shining armor, a narwhal and a giant taco. Another couple came as Rose and Jack from “Titanic.” Still others were loofahs, pirates, and superheros. And the Central gear was plentiful.

Jonaitis, who dressed as a giant mustache/top hat combination, said it’s fun to prepare for the Polar Plunge by making costumes but to not let that be the primary focus.

“The only thing that really matters is the money we raise for all the outstanding athletes,” he said.