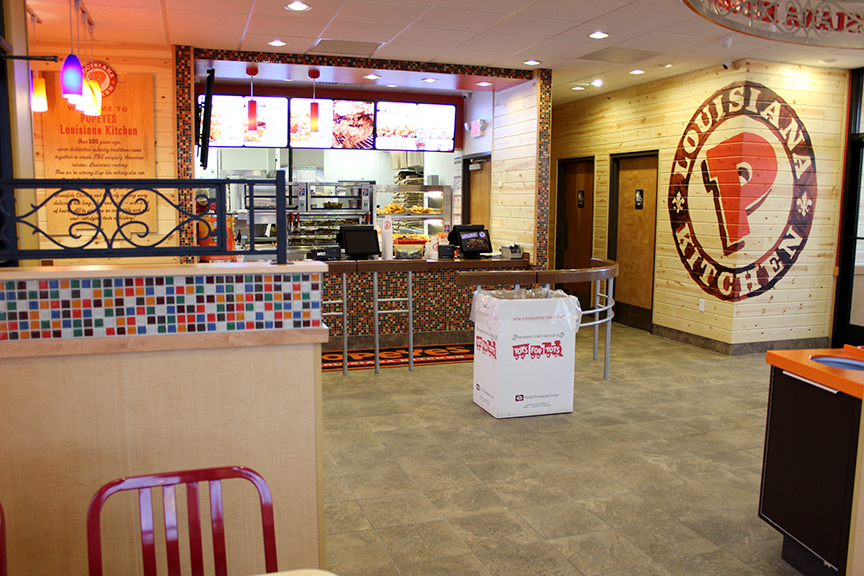 Popeye’s is nearly always associated with great food – but what about great service?

With its recent opening inMount Pleasant, there has been a lot of excitement coming from students, staff and community members alike.

When I first heard about the establishment being built at the end of last spring, I was ecstatic. I love Popeye’s. Their food is superior to KFC’s in my eyes and it would be nice to have more variety in Mount Pleasant.

Or so I thought.

When the day came for me to actually go through the drive thru and order my first Popeye’s meal, my mouth was watering. But, as to be expected with any newly opened business, things weren’t running very smoothly.

This didn’t discourage me from going to this new establishment, because I understood that when preparing to open, you can only order so much of a food in anticipation. Nevertheless, when I went through the drive thru myself, I was less than satisfied.

At first, the plan was to go in and sit inside. My time was limited, however, and the line inside was twice as long as the number of cars waiting. That was no big deal.

When driving up to the menu, there were a few things missing from it, like their famous chicken nugget meal. I’m not sure if the menu varies by area, but this was the first of a few disappointments.

The second came when the brand new soda fountain was broken down, forcing my friend and I to choose between water and iced tea.

The biggest disadvantage that Popeye’s has right now is that there aren’t veteran workers on the team. It’s a brand new franchise in the area, so at most, one can only expect a handful of employees to have experience in this type of fast food establishment.

My point is that the first few months are going to be rough, with lots of things breaking down unexpectedly and incorrectly guessing the amount of food needed to satisfy the lunch and dinner rushes.

I hope for the sake of Popeye’s lovers everywhere that these less-than-satisfying months for Popeye’s end in the near future.

The bottom line is: The food was pretty good and worth the money. The service is still rocky, but it seems in due time that this Popeye’s will find its footing just like its successful chicken-serving counterparts.