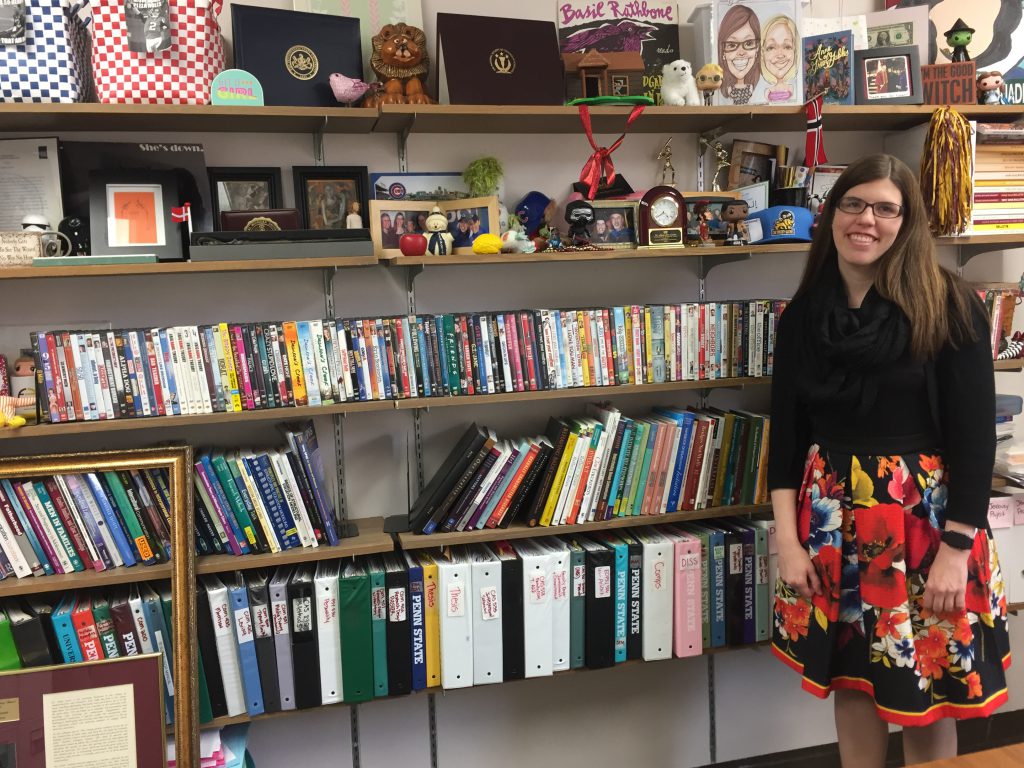 Story and Photo by Conner Emery

Professor Alysa Lucas has taught a wide range of communication courses, specifically interpersonal communication, for the past four years at Central Michigan University. In her classes, Lucas likes to use examples through TV shows to further explain some of the theories and ideas that she teaches to her students. Like many of her students, Lucas herself has been a TV junkie all her life.

“I am a TV lover, to be able to narrow it down to one is hard,” said Lucas. “My favorite shows include “The Walking Dead,” comedies like “Roseanne,” reality shows like “Survivor,” and I recently watched “Thirteen Reasons Why” and “Orphan Black”. I’ve always loved television and I watch it all, the good and bad.”

This past year Lucas’ television expertise expanded beyond her classes, as she wrote a chapter in the book “Communication Theory and Millennial Popular Culture: Essays and Applications,” about how Sandra Petronio’s Communication Privacy Management theory ties into the popular FreeForm television show, “Pretty Little Liars”.

In layman’s terms, the theory breaks down like this; everyone has private information about themselves that only they know and they can choose if they want to share that information with anyone, i.e. a secret. The Communication Privacy Management looks at this as a sort of invisible boundary that is around these secrets, and the person is the sole owner of that information.

Professor Lucas uses the example of the main character in “Dexter”, how he has this “alternative hobby” that only he knows about, and how he owns that as his secret. So, what happens when you tell another person your secret? Not only do they now essentially co-own that secret with you, but they can choose what to do with that information.

“I want to tell you something, but don’t tell anyone else/my parents/you can tell person X but not person Y, etc.”

Not only do you now co-own this secret with someone else, but you establish rules of the secret that must be abided by. The theory overall looks at the aftermath of sharing private information, says Lucas.

In the context of “Pretty Little Liars,” the whole shows is based around secrets and this theory. From the very beginning, the main characters find themselves in a situation where they all share a big secret that only they know about while the main antagonist Alison creates the rules of their secret.

“We’re telling the police this, don’t tell this person about that,” etc. And this is only one example, as the entire show is based around secrets and who to trust with these secrets.

“It’s all one big web of information that revolves around these girls. The theory explains the whole concept, from one specific event and everything else thereafter. Who gets to co-own the information, who makes the rules, and what happens when you break those rules,” said Lucas.