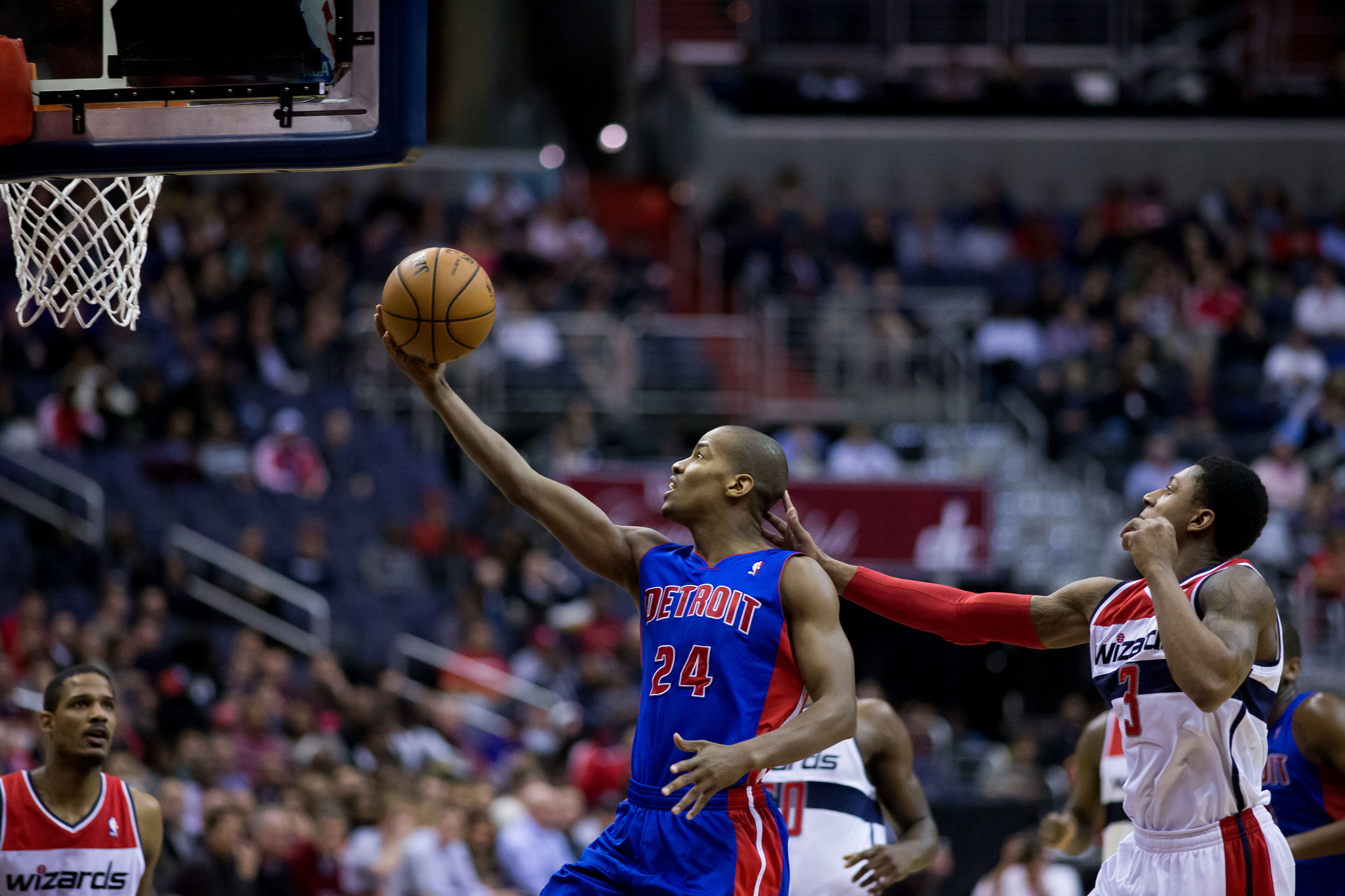 The Pistons enter the 2014-15 season in a spot they’ve become accustomed to in the last four or five years – being outside of the general radar of your average sports fan in Michigan.

However, there is reason to be optimistic. In May, owner Tom Gores made arguably his biggest splash since buying the team in 2011, outbidding perennial playoff team Golden State to net the well-respected head coach Stan Van Gundy, who will attempt to fix the dysfunction that’s resided in Auburn Hills since 2009.

What does Van Gundy bring?

First, his history of working with successful players is well documented. Dwight Howard, one of the leagues biggest stars, had his best statistical seasons as a pro under Stan Van Gundy. Marcin Gortat, the Washington Wizards center who just inked a 5-year contract for 60 million dollars this past summer, was quoted in November 2013 as saying that Van Gundy taught him everything he knew about that game, and even went as far as to call him “the godfather of his career.”

All of this should be music to the ears of Pistons fans, as Andre Drummond and Greg Monroe will need to elevate their games even further for the Pistons to have a chance at competing in the top half of the Eastern Conference.

Drummond needs to continue to work on increasing his free throw percentage. The increase from 2012-13 (37%) to 2013-14 (41%) was not insignificant. Until he raises it substantially, teams are going to continue to employ the “hack-a-Drummond” as a way to give themselves extra possessions in the second halves of games. The young center should also be able to build off what was a successful sophomore campaign and continue to be a force unlike anything this franchise has seen at the center position.

What Greg Monroe lacks in athleticism in comparison to Drummond, he makes up for in skill and touch around the basket. The Pistons offense often ran through Monroe last season, as guys like Brandon Jennings and Josh Smith were far too erratic to be trusted with the basketball on a consistent basis.

Perhaps the most glaring deficiency in Monroe’s game, outside of defense, is his lack of a reliable mid-range jumper. With Monroe’s limited athleticism, this holds him back considerably, as teams are able to consistently sag off Monroe and force him to get the majority of his points from banging with other men down low.

Monroe’s inability to consistently knock down a mid-range jumper does no favors for a team that inherently has spacing problems due to the construct of the roster. This spacing should be at least somewhat improved this season, as the Pistons went out and signed a pair of three-point marksmen in shooting guard Jodie Meeks and forward Cartier Martin.It appears meaningless compared to the Cleveland Cavaliers getting LeBron James, but it’s needed assistance in an aspect of the game that the Pistons ranked 29th in last season.

Point guard Brandon Jennings and forward Josh Smith were vilified similarly last year by Detroit fans. Jennings showed flashes of being a pure point guard in 2013-14, averaging a career high 7.6 assists per game, but crept back into his old habits of shooting bad shots once problems arose with the team. Jennings is very capable of being a quality NBA point guard, but will need to take smarter shots this season.

The Cavaliers and Chicago Bulls (pending Derrick Rose’s health) are clearly the frontrunners in the conference. However, with the break ups of the Miami Heat and Indiana Pacers along with the continued dysfunction of big market franchises like the New York Knicks and Brooklyn Nets, there is no reason for the playoff drought in Auburn Hills to continue this season.