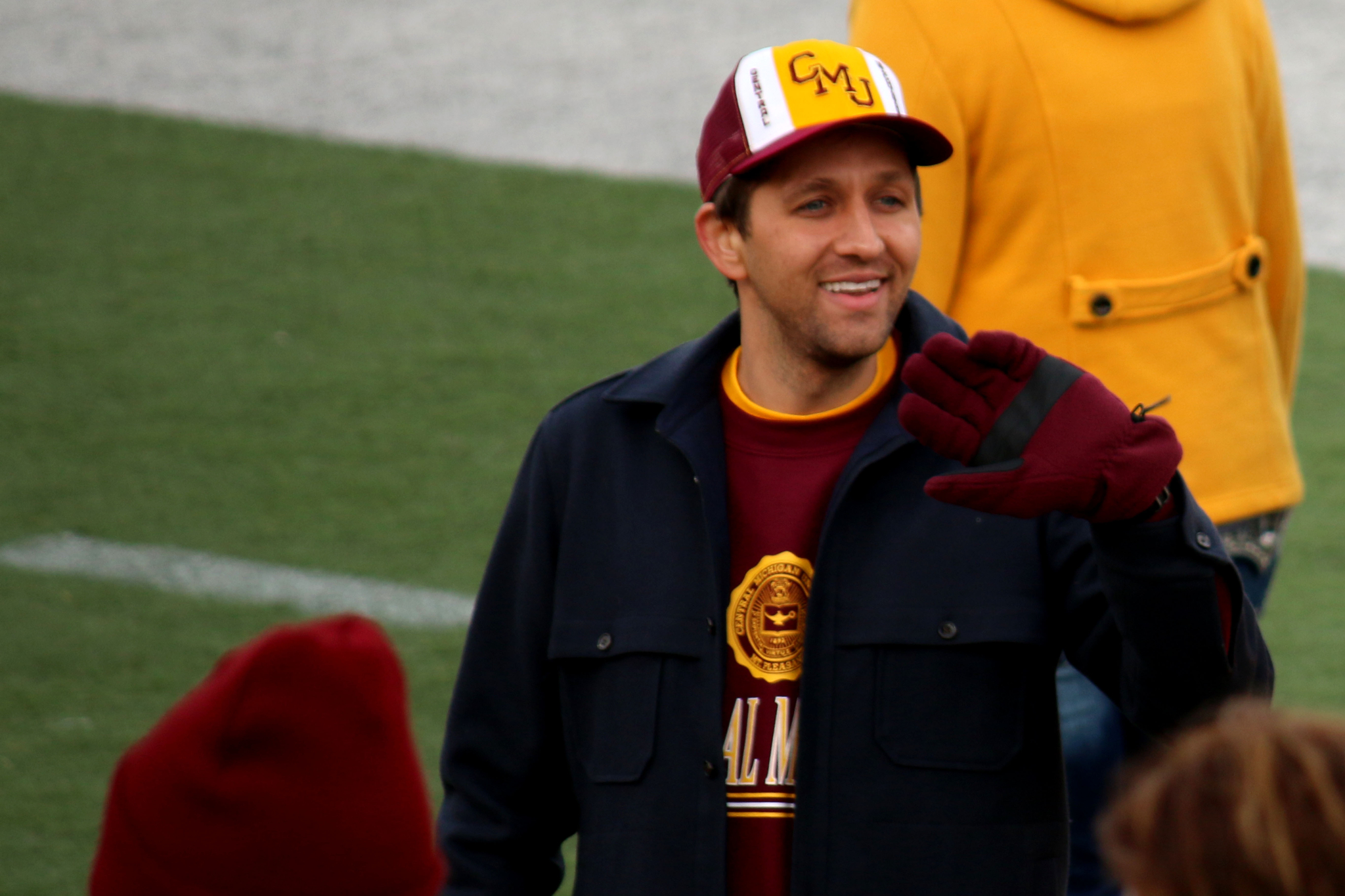 “To be asked was kind of an incredible thing,” Dost said.  “I’ll take any excuse to get back here.”

Dost, a member of the band Fun., graduated from Central Michigan University in 2005 with a degree in journalism. During his time at CMU, he was part of the local indie rock band Anathallo which they spent weekends playing at venues around town and in neighboring cities, his focus split between his love of music and his education.

Always feeling a connection with music, Dost began playing the piano as a kid and writing his own music.  Dost continues to perfect his craft and follow his passion.  Recently, Dost was able to live his dream of scoring films and finished his first score for the movie, “The D Train.”  Between touring and writing for Fun., Dost said he’s contemplated writing a musical and has been trading songs back and forth between a member of the band Miniature Tigers.

With all his success and the opportunities he’s found since college, Dost says he owes a debt to CMU for the musician he is today.

“CMU prepared me for life in so many ways,” Dost said, “It prepares people to be good citizens of the world.”

No stranger to campus, Dost’s parents met while attending CMU in the late 70’s, his father graduating in ’78 and his mother in ’79.  Dost said he always grew up knowing where he was going to attend college and said he was excited to tell his parents about being asked to be in the parade and being able to return to campus because CMU gave him, “the best years of (his) life.”  Since graduating, Dost said Mount Pleasant itself has changed, but not its “attitude and spirit.”

Even with winning two Grammy Awards for his work with Fun., Dost hasn’t let the fame get to him.

“I’m in a nice position in the band and I’m kind of anonymous within the band, I can play music, I can do what I want to do, I can travel the world,” Dost said.  “In the entertainment industry, I’m about as un-famous as you can get, which I’m grateful for.”

When asked, Dost said he would give this advice to students:

“Be open to whatever life is going to throw at you and learn to embrace things that might seem to be set backs because those ultimately do help you and they prepare you for better things.”