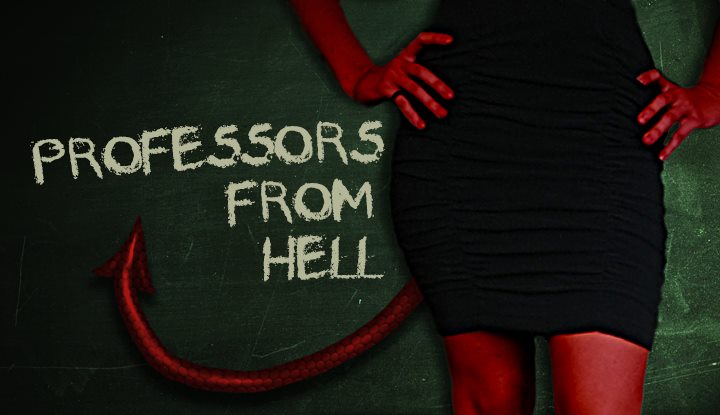 Picture yourself, sitting in a class, listening to a professor who is doing you and your peers no good. They swear, yell, come up with crazy rules, they’re unprofessional. And, worst yet, they actually exist on campus.

Whether it is their grading system, how they teach or how they treat students, there are some professors who should not be teaching, according to some CMU students. Sure, many professors are gems and are our guiding sources to success, but others are just— to put it nicely— insane.

“I went to (my professor’s) office hours, when they are supposed to drop everything and help you, but he was eating a sandwich and he told me to come back at a time when he wasn’t eating,” sophomore Dan Graham said.

Amanda Duzenbury had a professor who was rude to her in front of the class.

“I was wearing a Central shirt that said ‘I may not have the best GPA but I can blow a 4.0’ and (my teacher) called me out in front of the whole class saying ‘Wow, you make yourself look like a real professional, what do you think that says about you?’” Duzenbury said.

While some students are being disrespected in front of the class, others are forced into awkward situations.

Senior Emma Kinsel said she had a professor who would “yell at the class, disrespect students, and acted like he didn’t want to be there.  Honestly, none of the students did either.

“Instead of talking with me directly about a problem he had with me, he complained about me to another student using inappropriate language,” Kinsel said.

Jacqueline Norman, alumna, had a professor who refused to give out A’s saying that only “extraordinary things” would get higher than a B.

“I had another professor who complained that nobody ever got an A on their tests,” Norman said.  “It bothers me when they say that because if a student isn’t passing the tests, perhaps they should take a look at their teaching style.”

Some students just want As, while others just don’t want to be hugged.

Junior Abbie Parks said, “I had a professor who was borderline creepy and would hug you when leaving his office hours. He also said ‘I love you’ to students.”

Too bad Parks’ professor wasn’t the same as Taylor Croswells’, who would frequently miss class.

“She would email the class after it had already started (saying) that it was cancelled,” Croswell said.  “We didn’t learn much from the few assignments we had.”

Save yourself the trouble of possibly getting one of these professors and check out ratemyprofessor.com before signing up for spring classes.