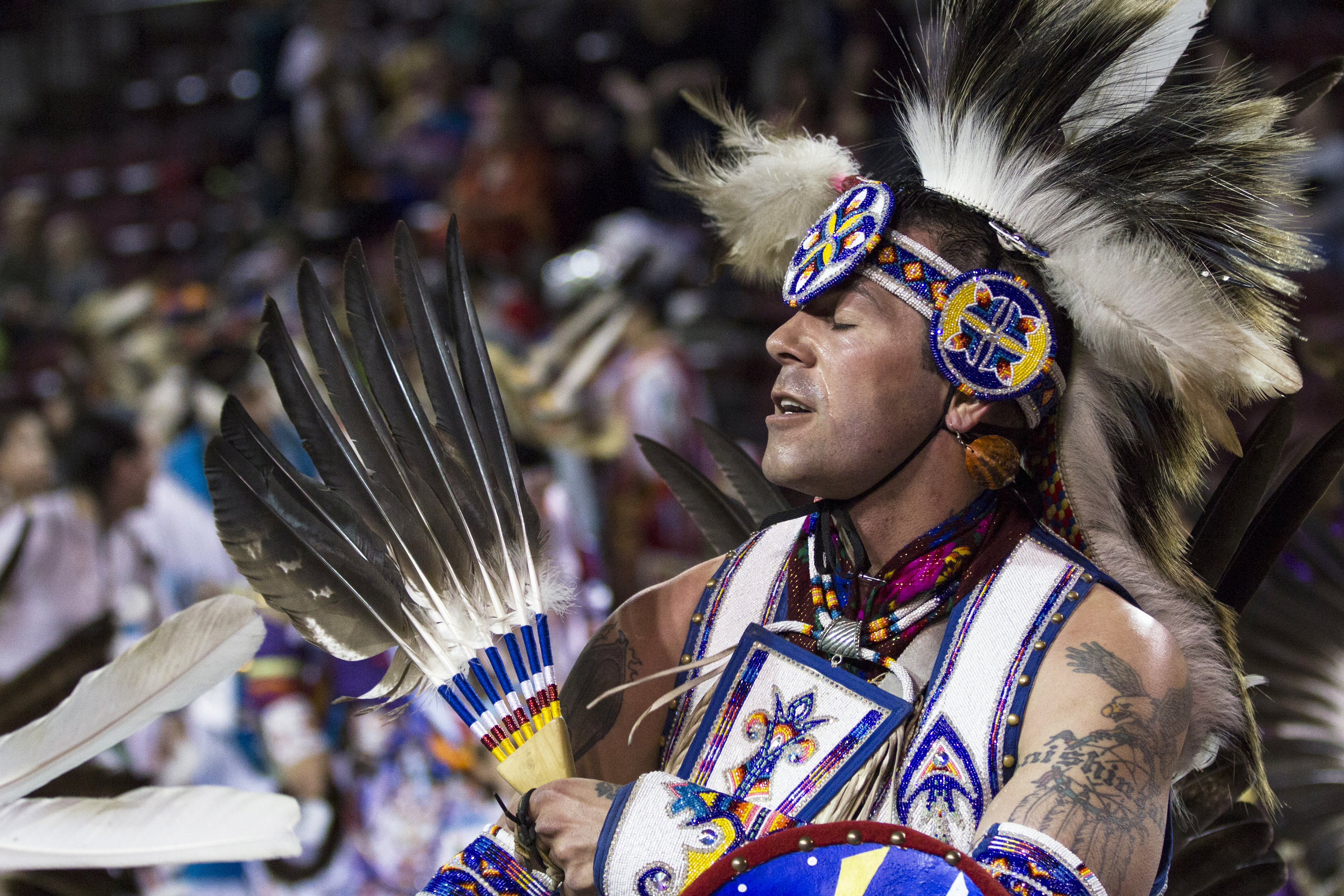 Hannah Bartol, a student assistant in the office of Native American Programs, has grown up as a part of the Hannahville Potawatomi Tribe in the Upper Peninsula. Although, being Native American comes with stereotypes that Bartol actively disputes.

Despite the stereotypes, Bartol has always embraced her culture and is working to shed light on the actual culture of her Native American heritage.

Grand Central sat down to see exactly what being a Native American meant to Bartol and the different stereotypes that come with her culture.

Grand Central: What does it mean to be Native American to you?

Hannah Bartol: In today’s society it means that I can kinda be more of myself. Before the 1970s, we weren’t allowed to practice any of our religion in public, it was all in private or behind closed doors.

Because of the Religious Freedom Act, it means I can practice my religion and I don’t have to be afraid to be a Native American. I can tell people that I am and just educate them on the fact that we’re still here, we weren’t wiped out. Although there are only about 250,000 of us nationwide, we’re still here.

GC: What are some of the stereotypes that come with your culture and why do you think people have these stereotypes?

HB: Some of the stereotypes that come with my culture are ‘oh do you still live in a teepee’ or ‘do you ride your horse to school?’

All of these crazy things that people see in the movies, what Hollywood has portrayed of us and just the media in general. I don’t live in a teepee, right now I live in an apartment, teepees weren’t even in this area they were in the plains area because there was no winter and they could live on flat land. Here we lived in wigwams, so it’s just a culturally insensitive thing to say. Because the only thing people see is the media and the textbooks are these stereotypes, people assume. They assume that there is this only one type of Native American tribe and all of them are like that, but they’re all different in their own individual way.

Most people don’t know there was a genocide for Native Americans, our race was almost completely gone. It was unsuccessful, but people only know of other genocides, like the Holocaust, they don’t know that one happened in the United States. I knew about it because my parents told me, they told me this is your culture, this is what happened, this is who you are, you have to grow from that even though it happened hundreds of years of go, but there are still residual effects that affect my family.

GC: What are some of the effects you still have from the Native American genocide?

HB: I don’t want to say trust because there was never like a trust thing, but like with different races and trusting other people.

I’m like where are our young people that will step up to the plate and say this is my culture and I am going to carry on my language for my people because nobody else will. My little brother, his first language is the native language, not english, until he was five his dad only spoke to him in our language and even today he’ll mix in some of the Ojibway language, so that’s cool and I see him kind of taking on that role and learning the language.

GC: Some people say that you get free tuition, can you explain this?

HB: There are stipulations that have to be followed to get that waiver. You have to be at least one quarter indian from a recognized tribe, you have to live in the state of Michigan for a year prior to going to school and you have go to a public university.

Free tuition came about because my ancestors signed saying that you took something from us, so give our people free education. There was trading so they thought of us and said they wanted their grandkids and great grandkids to have this education to come back and better our home and our reservations.

I have to abide by the rules to get it. It doesn’t pay for my books though, it doesn’t pay for my room and board, it takes away my tuition and I’m very grateful for that, but I still do have to pay out of pocket and take out loans and get scholarships. I have to work just as hard as everybody else for scholarships. I’m not getting a check for $20,000 saying ‘here do what you want.’

GC: What about a taxes waiver?

HB: If you live on a reservation and you work for a federally recognized tribe, you aren’t taxed state taxes because technically you don’t live in state, it’s a sovereign nation so you only abide by federal so you still have to pay federal taxes and any other taxes.

For myself, I worked for a summer youth camp on my reservation back home but I didn’t live on the reservation so I was still taxed the same thing everyone else was taxed. There are a lot of factors that go into everything and I think the stereotypes that Natives get is because people don’t have the behind the scenes context. It’s hard to explain that because sometimes they do listen, but other times they’re just super ignorant and don’t want to listen because they are only thinking what they were told or what they heard from somewhere else.

I’ve heard, ‘It’s not fair that you get that and I don’t’ and I have to sit there and explain, but sometimes I don’t feel like I have to explain myself, I don’t question them on how they pay for school, why are they asking me?

GC: What are some ways people can become more aware of Native culture and stereotypes?

HB: I guess if you think it’s offensive, just ask. Because you’re at least trying to educate yourself and find out. If people know some facts just explain those to them, or point them to our office so we can help them understand or if they have further questions we can help them out.